Transfer to the Start : 2 km

Transfer to the Bivouac : 20 km

The special feature of the AFRICA ECO RACE® is to have 2 loop stages. This is an advantage for all the assistance, organization and media crews as they will not have to fold up the bivouac, drive to the next one and install everything again, furthermore this is economical, safe and restful. Especially this year for the 10th anniversary where the loops around Chamy will be the “500 Miles” Marathon stage ! This means that at the end of the stage the vehicles will go into a Parc Fermé where the mechanics will not be allowed to enter. The start of the leg will be fast and very sandy as the competitors go back up towards the railway line from the day before. A first dune crossing will bring the rally back onto fast tracks with many cap changes some less obvious than others and with some portions of tricky navigation. This region is well known for amateur gold diggers who come along and randomly dig holes in the desert and thus making your job as a driver just that much more complicated. The major difficulty of the day will be in the last 30 km, where you will have a complicated dune crossing scattered with camel grass which is not always a pleasure for both man and machine. The finish of the leg is at a place called “Gare du Nord” (North Station), where the competitors will find fuel before going into Parc Fermé.

The 2nd Mauritanian day launched the famous marathon stage of the 10th edition of the Africa Eco Race. In the first part of this event, the competitors could enjoy a 486 kilometers leg. A day off for the mechanics who does not have the right to approach the cars staying in a "parc fermé" until the start of the 2nd part of the stage tomorrow.

Do not take a risk
A few hundred meters from the bivouac, the first part of this special started with a straight line of speed. A slightly sandy fast track sent the competitors to a first easy dune crossing before coming back on very fast tracks with a tricky navigation. The real difficulty remained in the last thirty kilometers with a dunes and camel grass to avoid in order not to damage the vehicles. A complicated leg where caution was required before reaching the "parc fermé" in the middle of a 900 kilometers marathon.

A big fight
As announced, the Vasilyev-Serradori duel made the Mauritanian tracks vibrate on this sandy stage. Mathieu Serradori and Fabian Lurquin (FRA / MCM) had the heavy task of opening on a rolling but tricky course in navigation. A difficulty that did not slow down Vladimir Vasilyev and Konstantin Zhiltsov (RUS / MINI). The defending champions managed to pass the French-Belgian team for another intense duel on a good part of the stage.

The Russians finally won two minutes before their rivals. A little mistake on the sand later, the buggy of Guillaume Gomez and François Borsotto (FRA / OPTIMUS) which took the 3rd place of the day with 30'27 "of delay. Pascal Thomasse and Pascal Larroque (FRA / OPTIMUS) remain comfortably on the 3rd step of the podium overall, finishing 4th today.

In T2, the special stage which was quite fast with rolling sectors made the fortunes of the powerful FORD Raptors as Robert Szustkowski and Jaroslaw Kazberuk (POL / FORD) finished in 28th position, ahead of Alexey Titov and Andrey Rusov (RUS / FORD), on the same vehicle. In the T3, the former biker Jean Hugues Moneyron (SEN / CAN AM), co-driven by Thierry Maury, who was on the first edition of the Africa Eco Race on two wheels, stroke hard today. He finished in 24th place at the scratch and was ahead of the other two SSV CAN AM team Senegal Kamil Rahal - Thierry Sanchez and Jean Claude Ruffier - Jerome Bos.

Still the first truck on the race, Gerard De Rooy (NL / IVECO) had to change a tire during the leg and finished 7th while retaining his 5th place overall. The Dutch driver finishes ahead of Miklos Kovacs, Peter Czegledi and Lazslo Acs (HUN / SCANIA) more and more present in the front positions and Tomas Tomecek (CZE / TATRA), still performing well, although he is driving and navigating alone . It is more than a challenge for him as this year, the navigation is particularly hard. In general, although the Czech lost a little time on the Hungarian, Tomecek remains 2nd with a little less than an hour ahead of Kovacs.

In motorcycles, Paolo Ceci (ITA / KTM) let his experience speak and managed to win in front of Dmitry Agoshkov (RUS / KTM) who completely evolved since he got in Mauritania. The young Luis Oliveira (POR / YAMAHA) crosses the finish line just behind the Italian but takes the 3rd place because of a missing waypoint which costs him 20 minutes of penalties.

Martin Benko (SLK / KTM) finished in a good 4th place in front of the three youngsters, Felix Jensen (NOR / KTM), Julien Sanchez (FRA / KTM) and Marius Helmersen (NOR / KTM), first in + 450 cm3.
Another hard day for double winner Pal Anders Ullevalseter (NOR / KTM) who started the stage late because of a mechanical problem this morning. Unfortunately he could only ride a few kilometers before returning to the bivouac.

Vladimir VASILYEV: "It was a good leg, we drove very well even though the fight was intense, everything is going well with the car, we are ready for tomorrow."

Mathieu SERRADORI: "We managed to handle the first day of the 900 kilometers without assistance. We started with a good rythm, Vasilyev then caught us and we did not let him go. Fabian did a very good navigation and we did not have any problems, I thought we could drive faster than him but we drove side by side at 200 km / h without being able to overtake them. "

Guillaume GOMEZ: "Today we got stuck once but I did not ride in the sand for a year ... I lost about twenty minutes to get out with the sandblasting plates. It is my first rally with François,  he brings me a lot and calms me, he makes a very good navigation and helps me to find the tracks. Now I would like to do at least a scratch before the finish in Dakar. "

Paolo CECI: "It was very fast today with a few dunes, I had a lot of fun, I drove with Luis for more than 400 kilometers, it's very good if we can continue the adventure like that. I knew that Pal had mechanical problems, it's a real shame. My bike is fine, I'm just going to change the air filter to be ready for tomorrow. "

Dmitry AGOSHKOV: "It was a long leg with a complicated navigation, there was a lot of sand just before the finish line but I really like it!"

Luis OLIVEIRA: "It was a good day with a complicated navigation, it was still nice to open the track, I had to stay focused but I missed a waypoint, I'm ready for tomorrow. »

* Provisional results, subject to changes in ranking after jury deliberationy 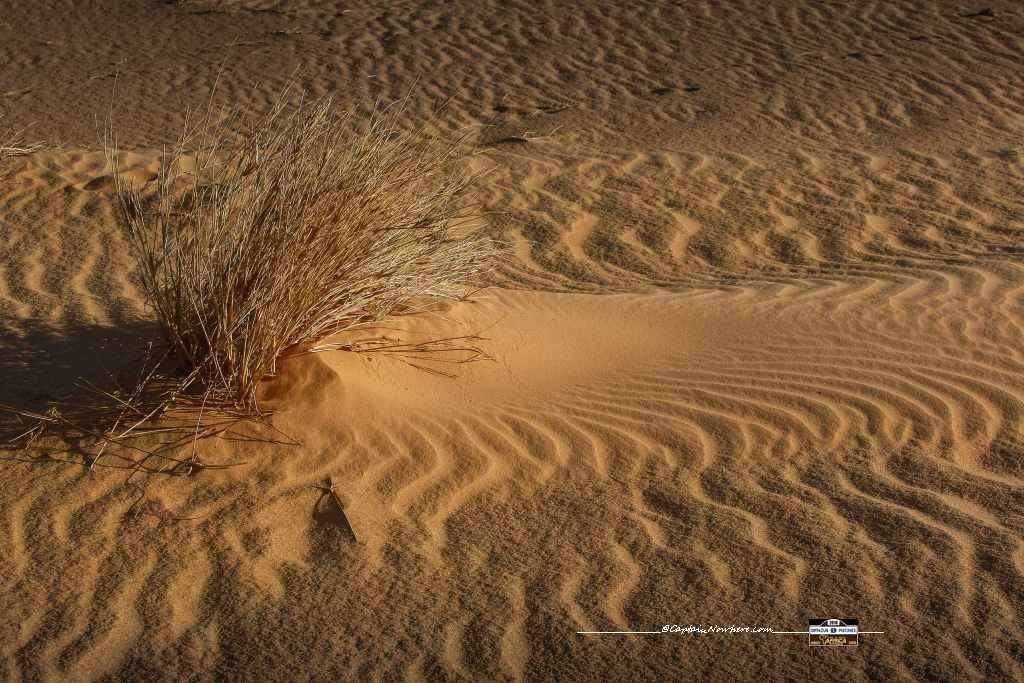 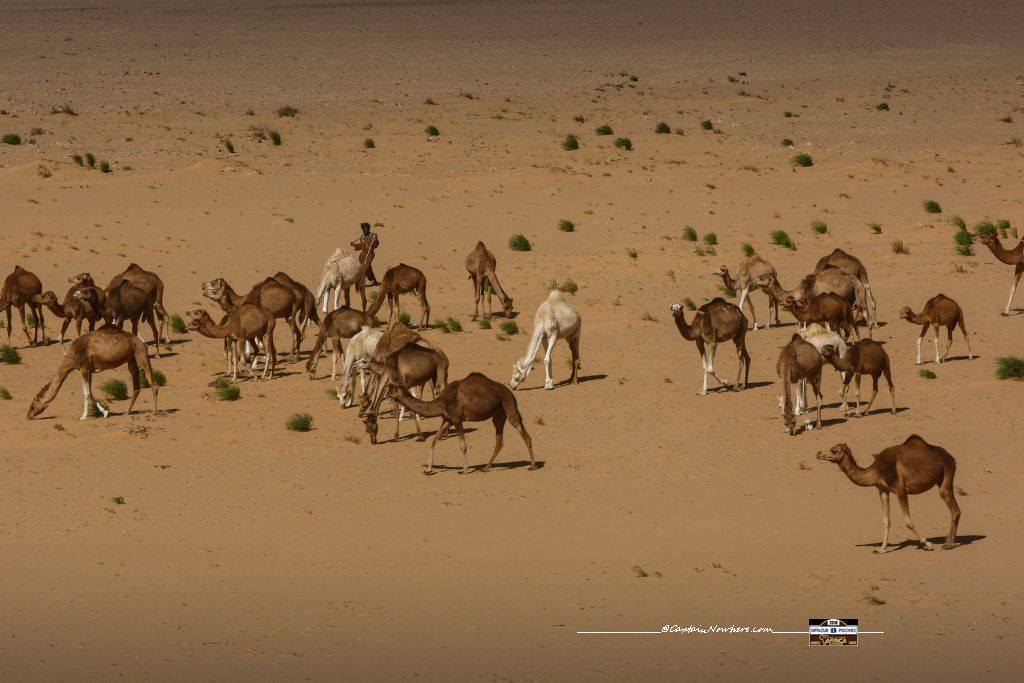 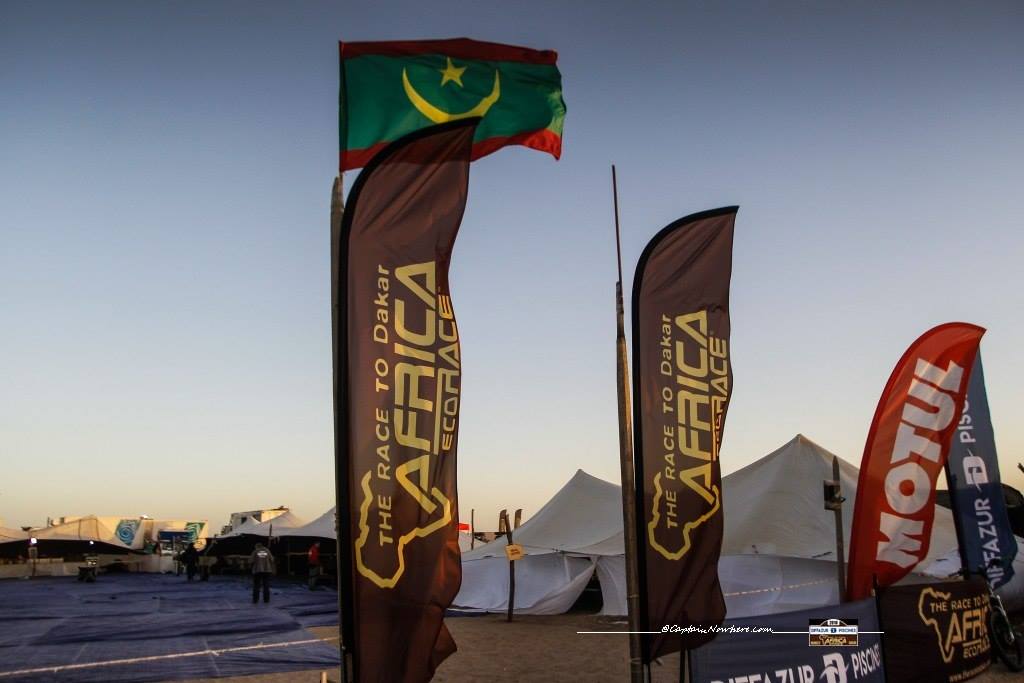 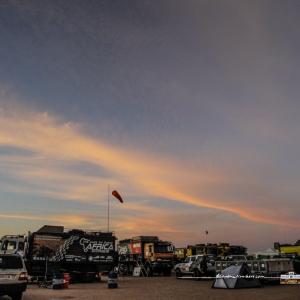 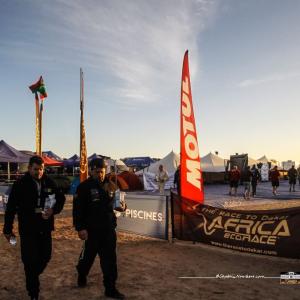 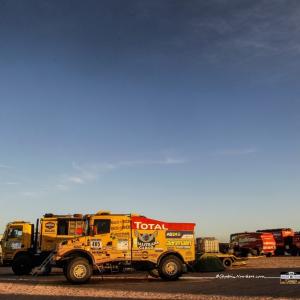 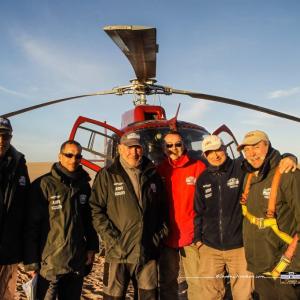 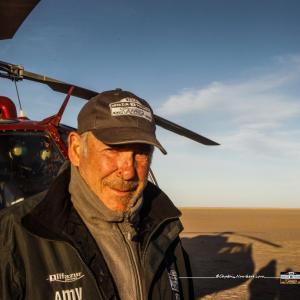 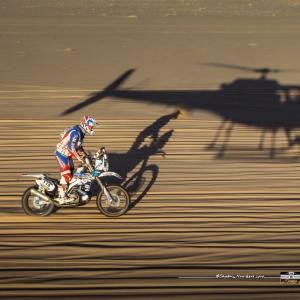