The AFRICA ECO RACE® caravan will touch ground early morning in the port of Nador, after having crossed the Mediterranean from Sète, in the south of France. The competitors will then have a short stage not far from this little town in the north of Morocco. As the start of the leg is close to the Mediterranean coast, this will enable the competitors to be safer during the road liaison as it will be during sunlight hours. This short first leg is a perfect debut to the rally as it will enable the competitor to get a feeling of their machines on this terrain and also a feel for the road book. The track will be mostly composed of gravel and rocks, it will be in a cultivated area with relatively hard ground, a few oueds and many tracks which some are not obvious to see. Each competitor will have to read carefully his road book to succeed. Once the finish line is passed, there will be around 500 km of liaison to reach the bivouac in Dar Kaoura, not very far from Erfoud. Warning, the thermometer should be below 0 degrees for this first Moroccan night.

After a busy day, celebrating New Year's eve on a rough sea, all the participants in the 10th edition of the Africa Eco Race arrived at the port of Nador at the end of the day on Tuesday 2 January 2018. A tough first day for all competitors with a special stage before reaching the bivouac 500 kilometers later.

After the obligatory passage through Moroccan customs, the caravan of the Africa Eco Race 2018 was able to benefit from the first light of the sun around a Moroccan breakfast orgqnised by the governor of Nador. All vehicles then took to the road to join the start of the race with the mountains of the Anti-Atlas as a backdrop.  51 kilometers of liaison before starting the race to warm up the engines under a cloudless sky... Until 9:22 am local time when the first bike Pal Anders Ullevalseter (NOR) made his mark on the route drawn by René Metge.

With a special stage of 92 kilometers to warm up for both drivers and navigators. On a gravelly rugged track, the 91 vehicles had to be wary of a complicated navigation between the wadis and the small, almost invisible tracks. A win today for the 2018 favorite and winners last year, Vladimir Vasilyev and Konstantin Zhiltsov (RUS). A good stage also for the Optimus of Pascal Thomasse and Pascal Larroque who take 2nd place. The good news story of the day comes from a brand new participant, the team of Gerard De Rooy (NL) driving his truck Iveco takes 3rd place in the standings, just ahead of Mathieu Serradori and Fabian Lurquin. Mechanical problems for Guillaume Gomez and François Borsotto (MD Rallye Sport) who still managed to cross the finish line albeit very slowly. Amongst other competitors on four wheels, special mention for the Ford of Alexey Titov and Andrey Rosov (RUS) first series vehicles. Finally in the SSV category, it was the Italians Stefano Pelloni and Gianluca Grociani who were the fastest, arriving 25 minutes after the winner of the day. In the motorbike category no surprises. Paolo Ceci (ITA) left 2nd and finished 1st ahead of Pal Anders Ullevalster and Dmitry Agoshkov (RUS).

Vladimir Vasilyev : "This first stage went well, the Moroccan tracks are excellent, it's been a long time since we have competed, so it was a very good warm-up, the car is running well, we were fastest but at the same time careful. "

Pascal Thomasse : "It was rural land with lots of pebbles, we enjoyed the speed and the navigation was very good despite two small mistakes that made us lose about ten seconds. The car is perfect !"

Gerard De Rooy : "It was a very nice special stage, first we had to warm up on the first kilometers with this new truck, then the dust added some difficulties but the tracks are great, I'm really happy to be here in Africa. "

Paolo Ceci : "The navigation was difficult but I managed to overtake Ullevalseter midway and then we drove together, I'm very happy with my race." 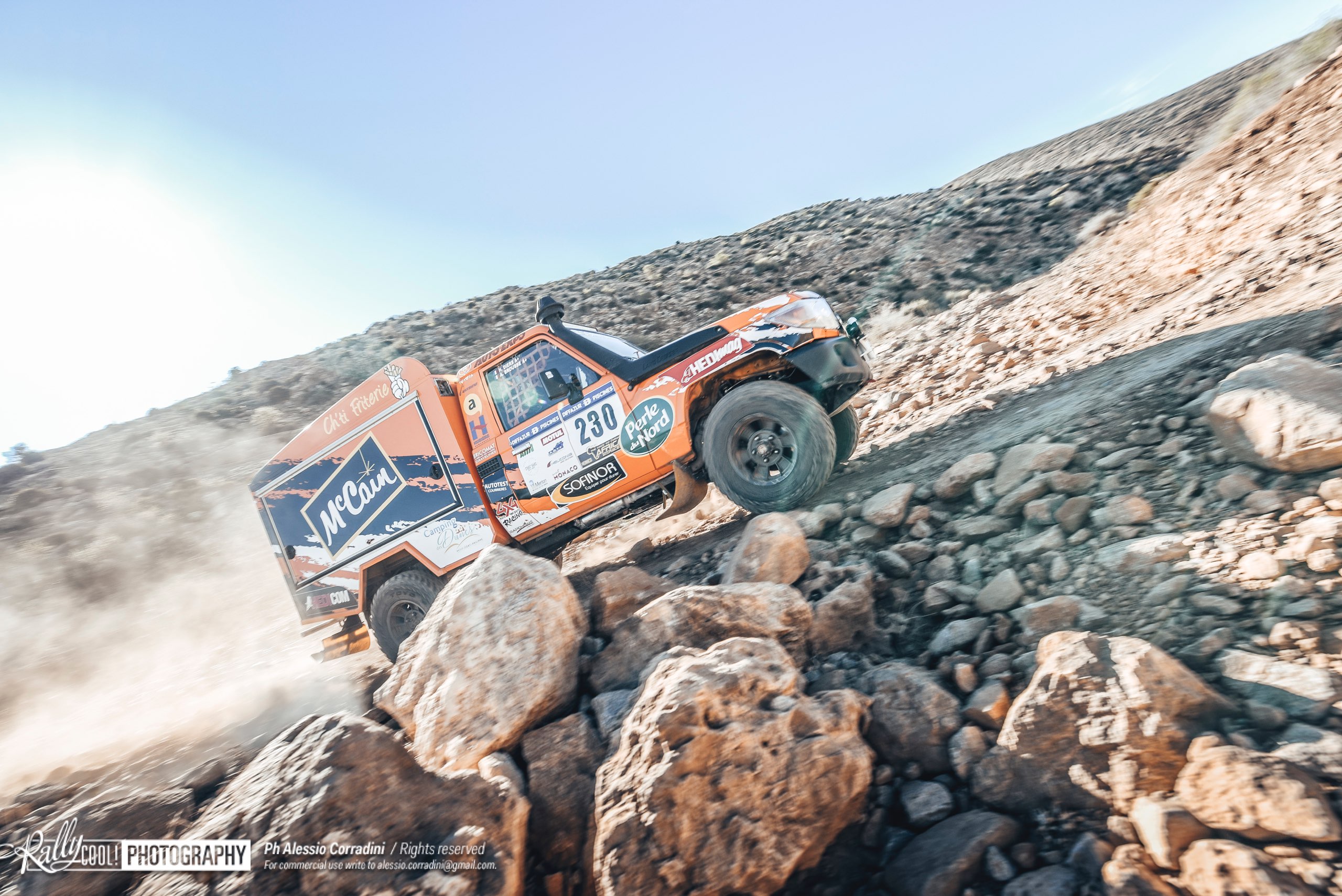 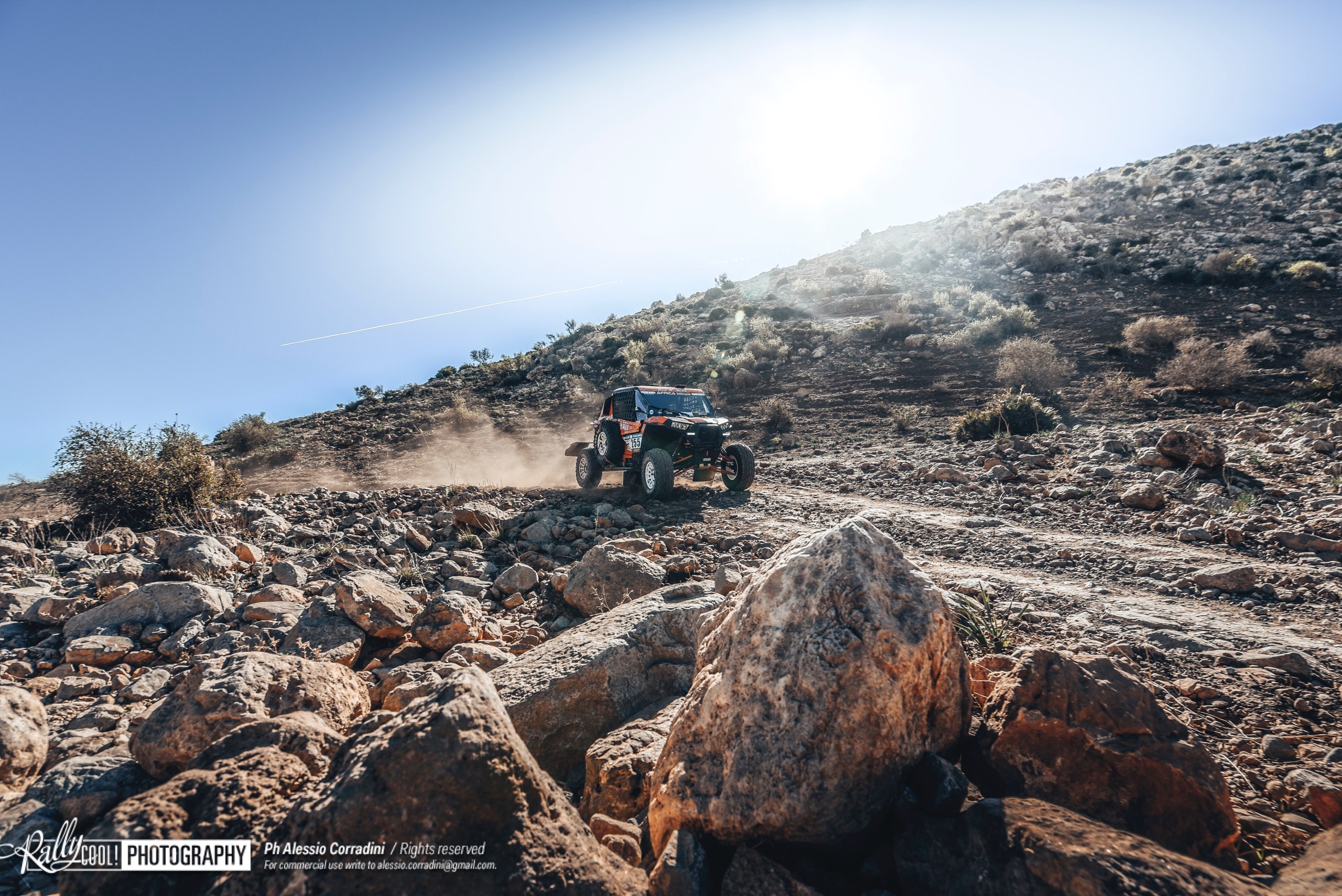 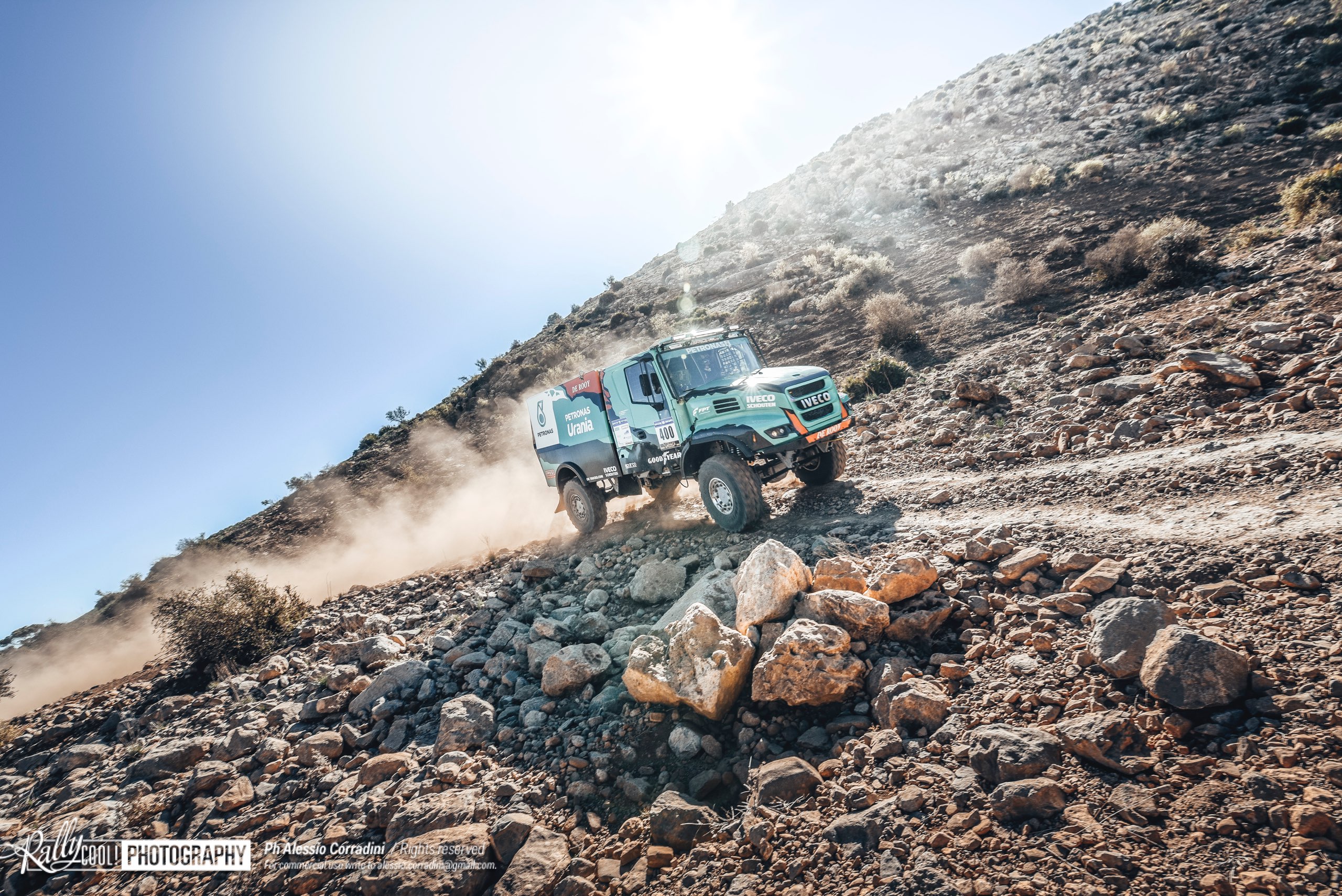 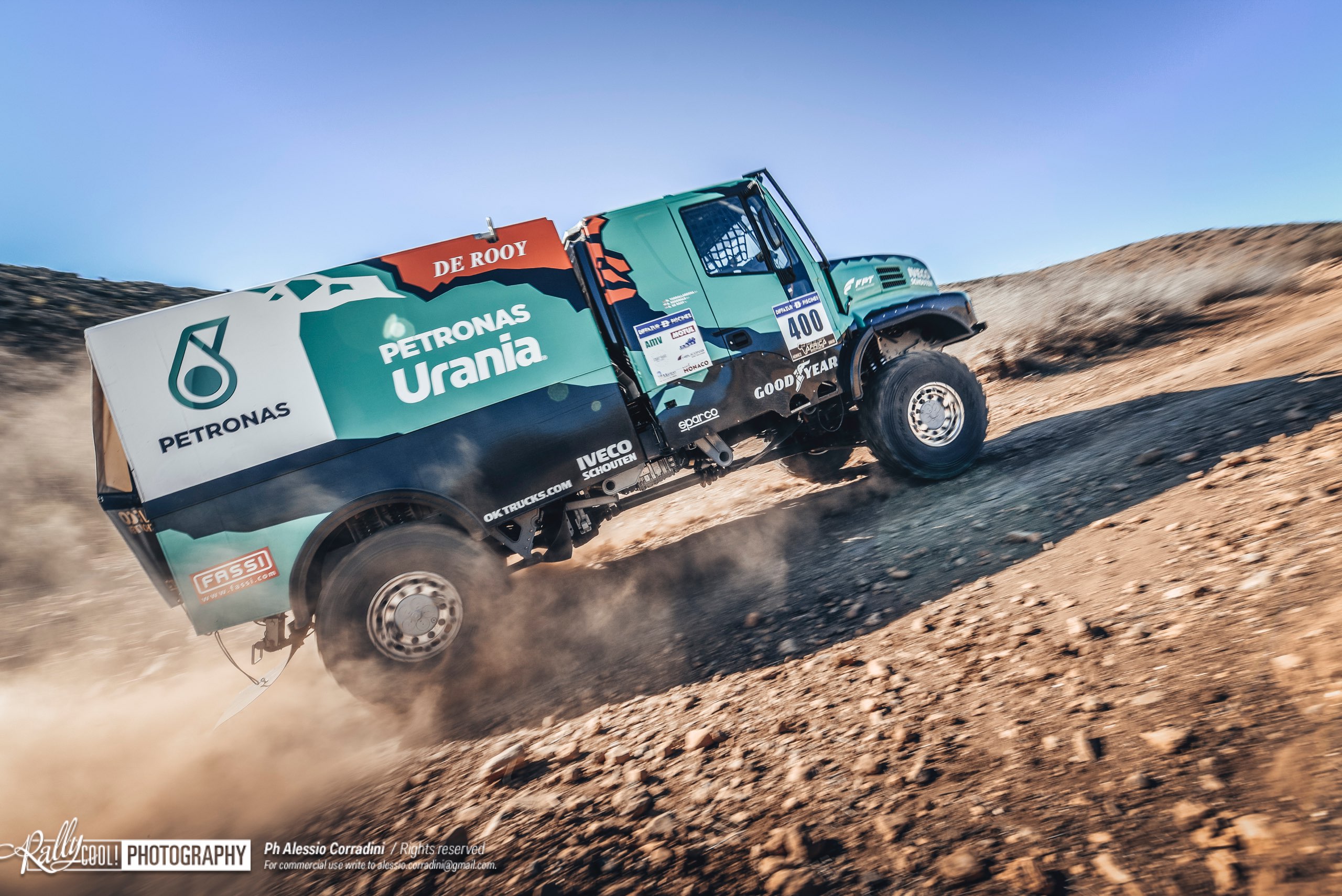 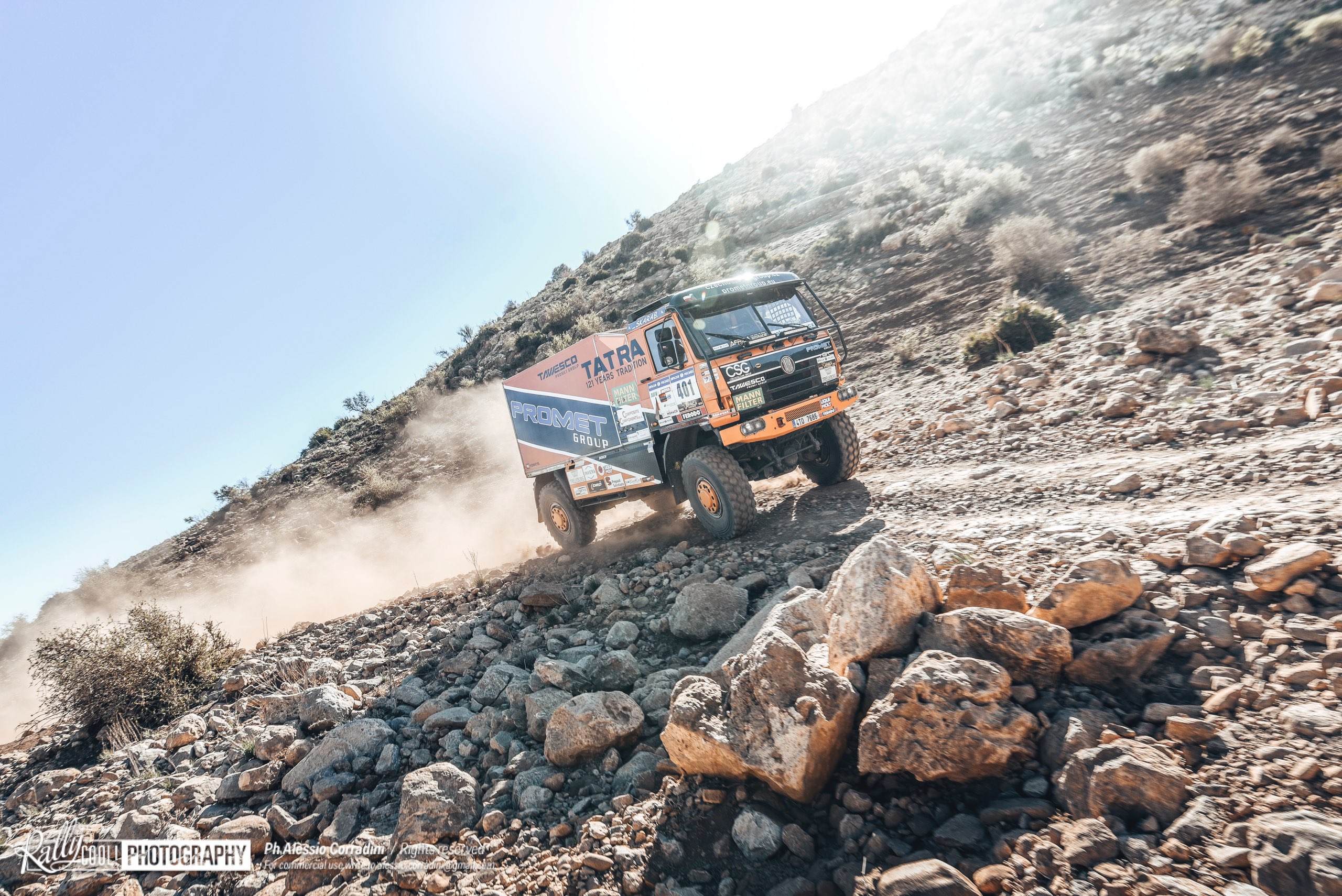 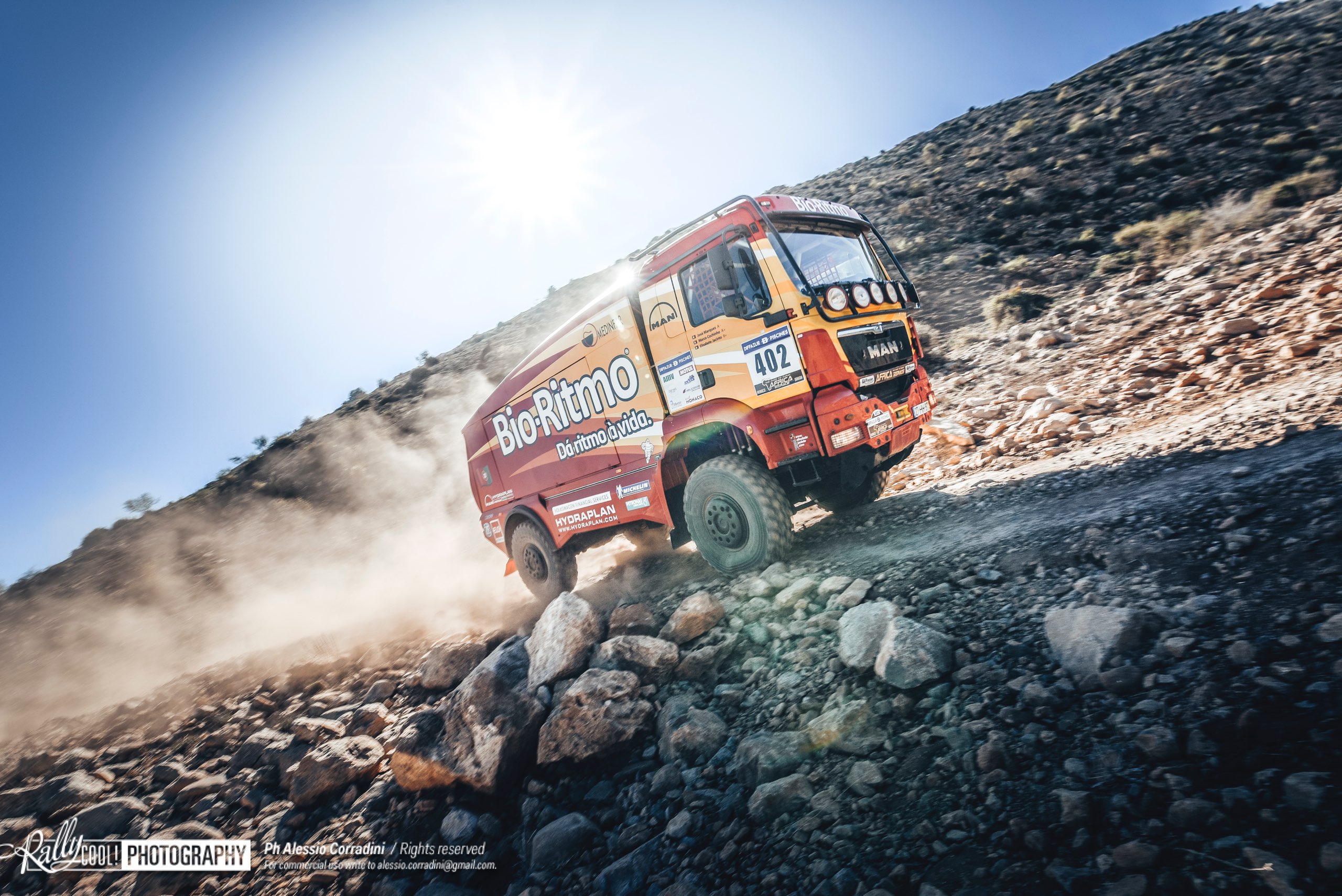 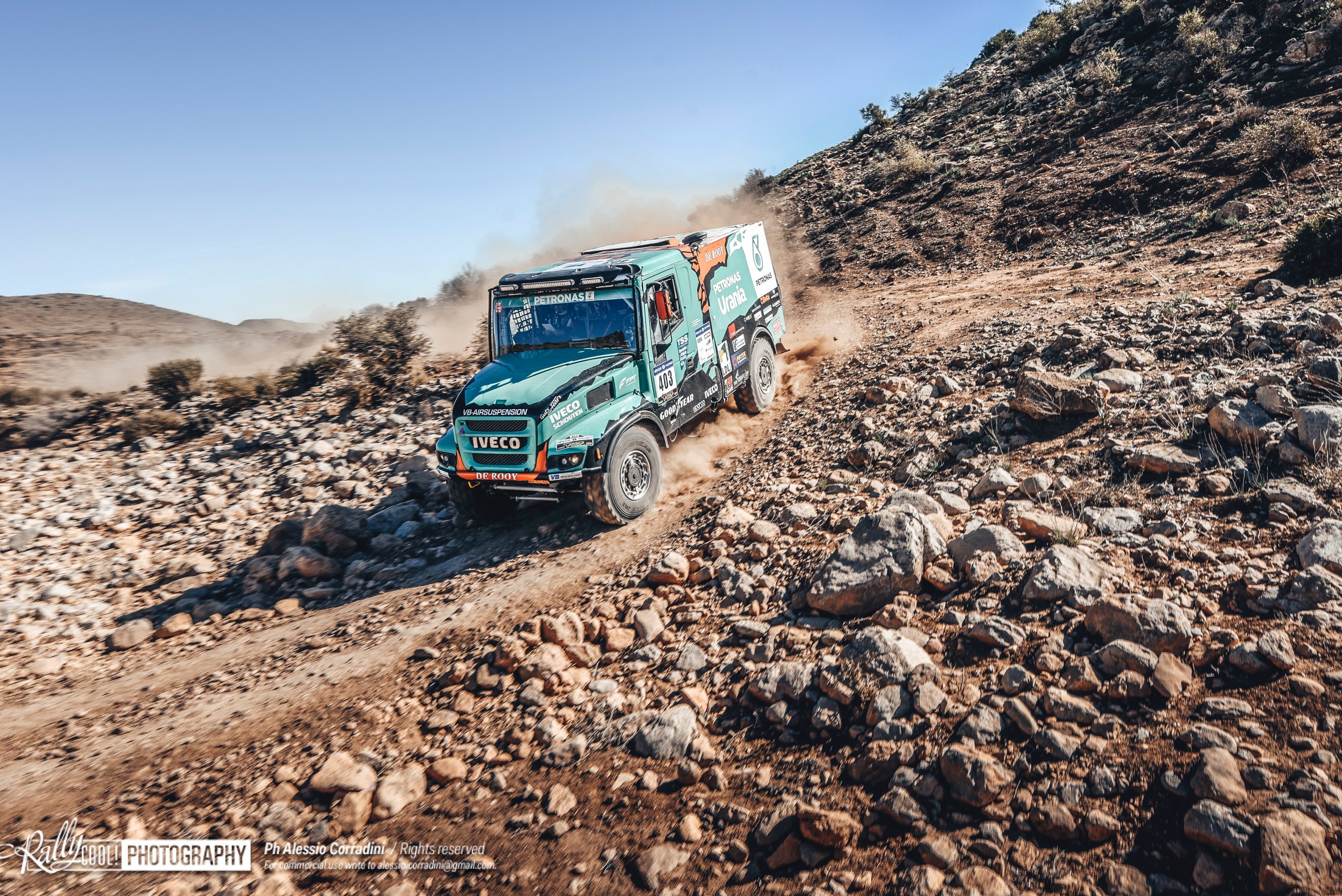 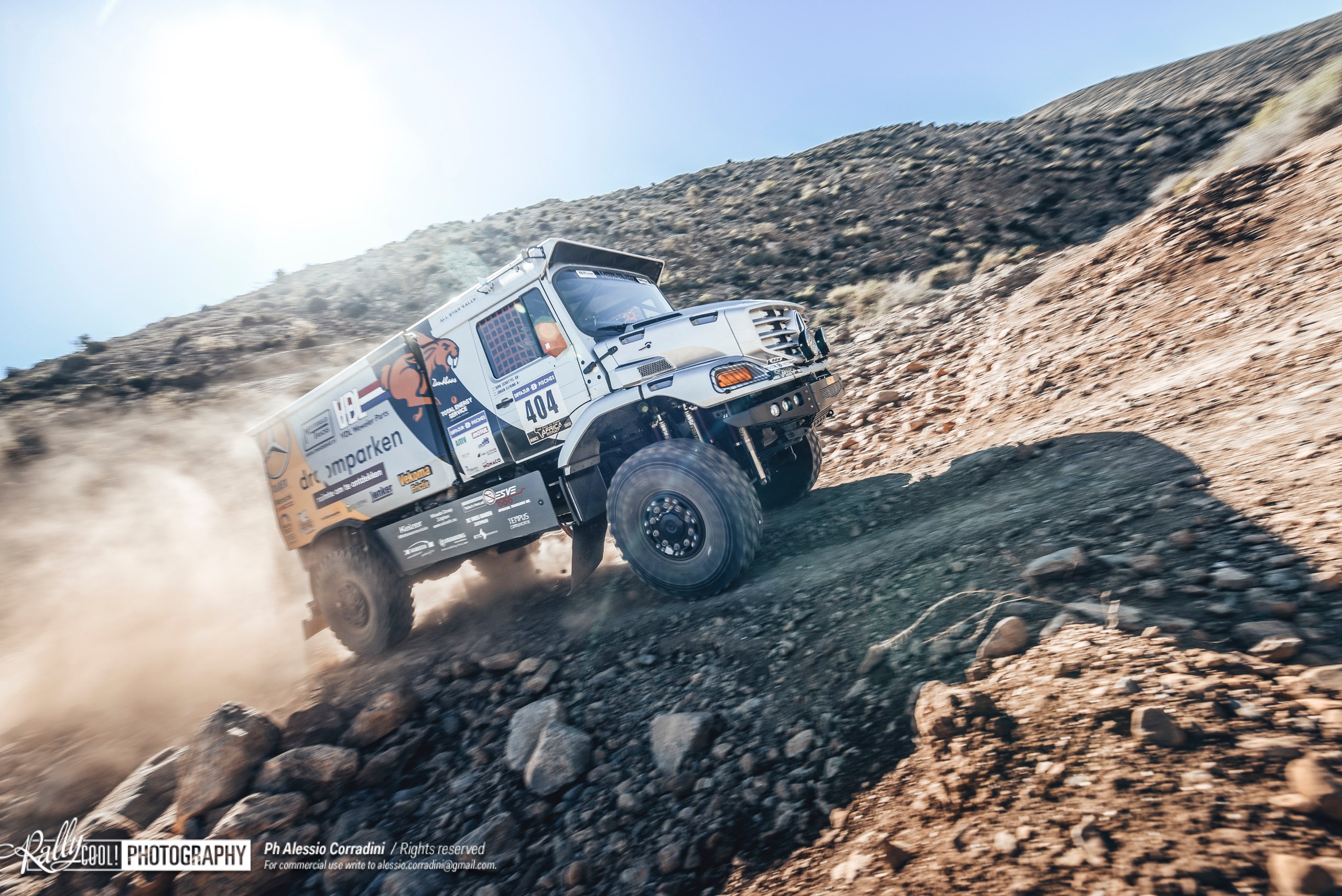 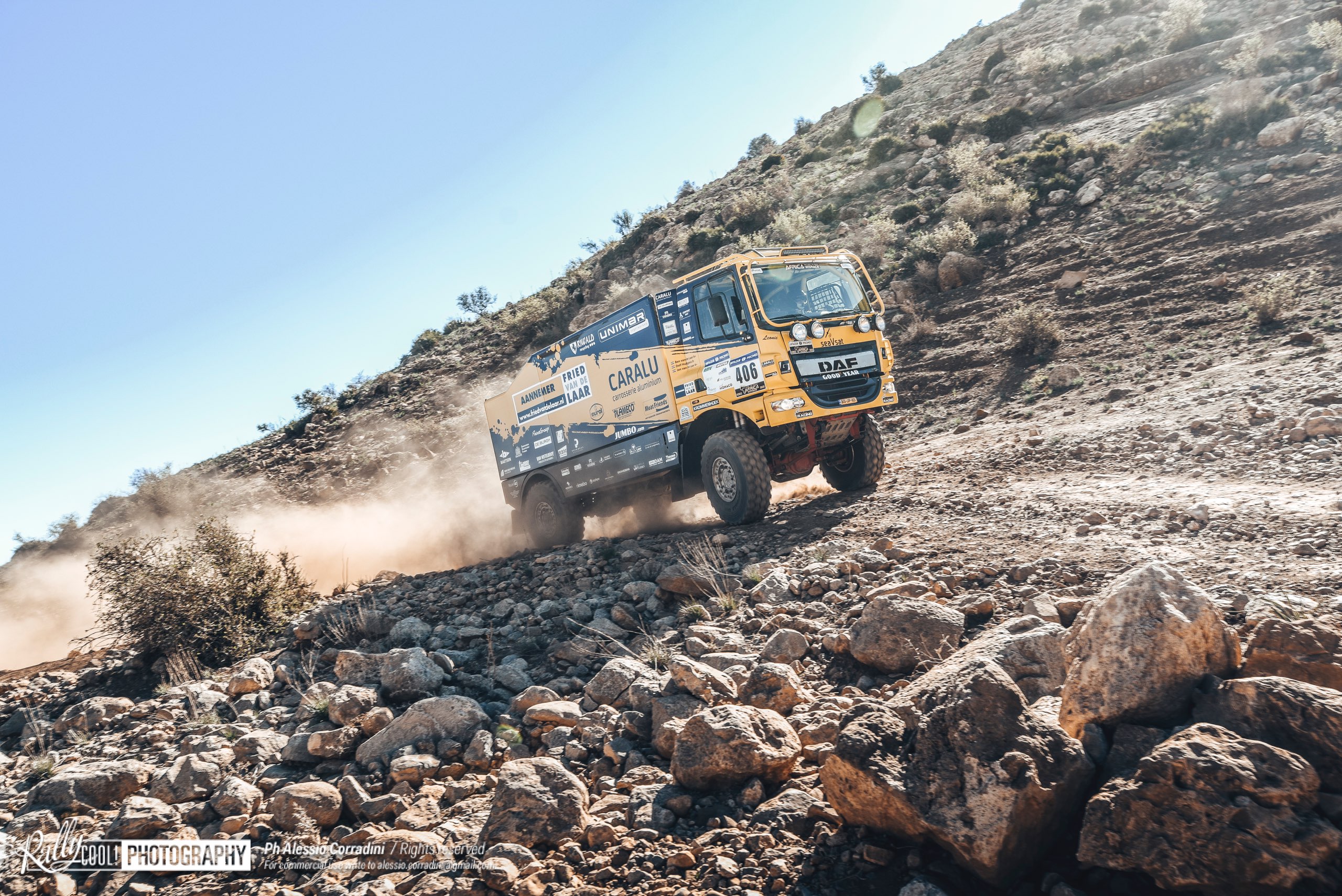 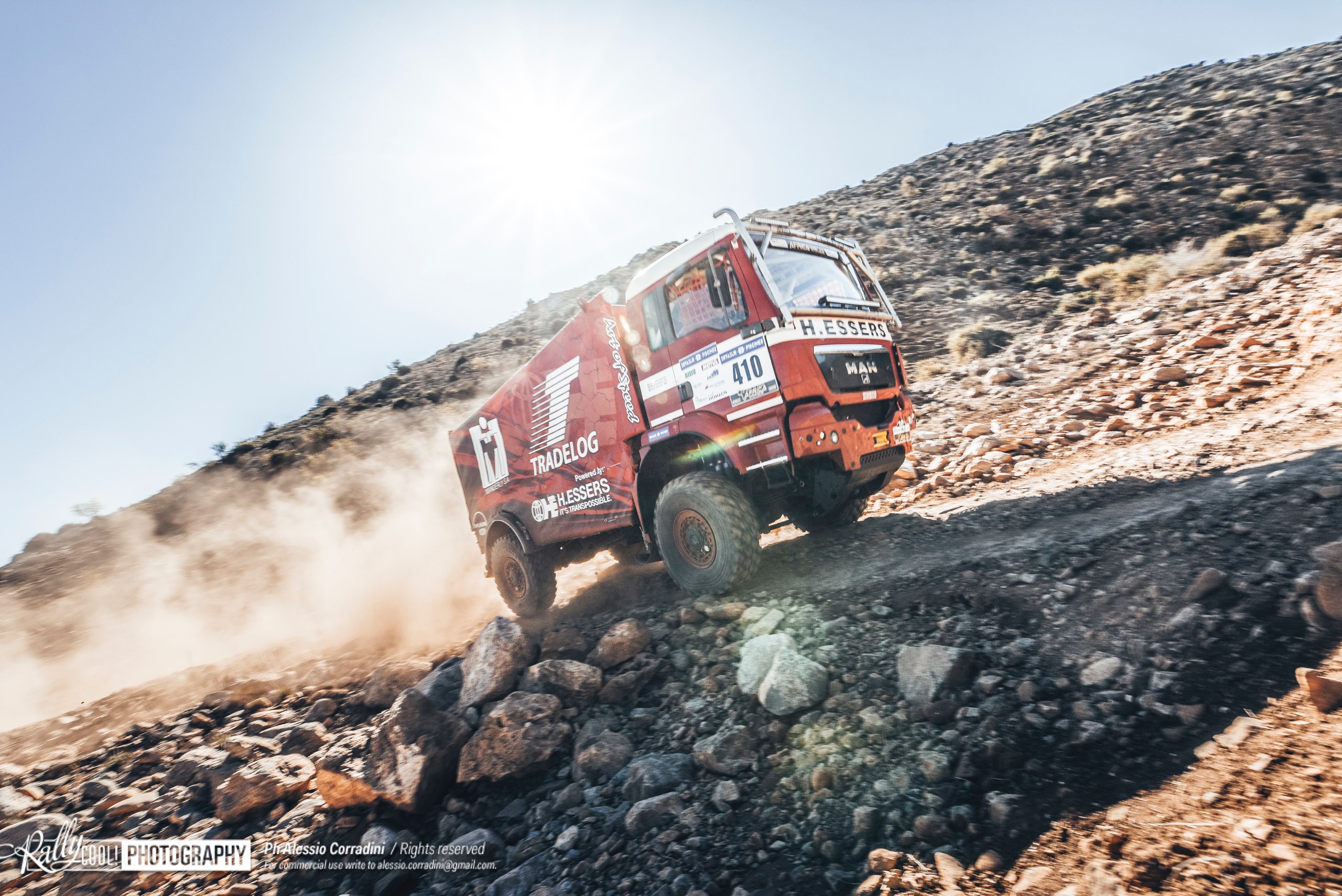 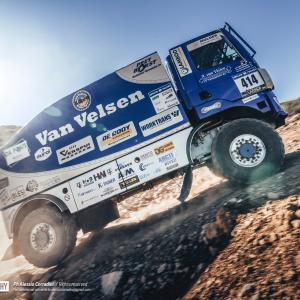 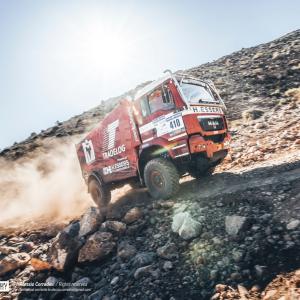 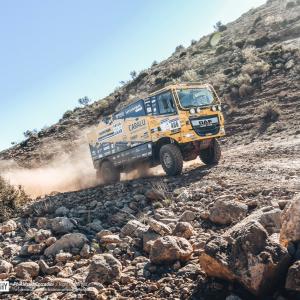 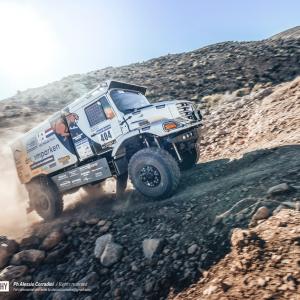 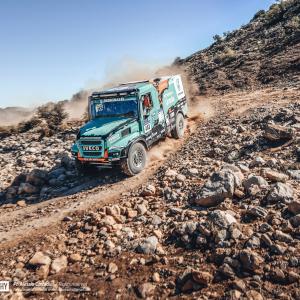 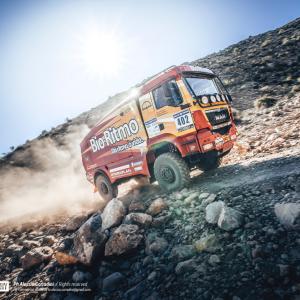