For the 4th consecutive year the rest day bivouac will be set up in Dakhla, on the coast Atlantic Ocean. Also like previous years there should be a lot of sun and some warm temperatures to go with the rest day. This will enable the men and mechanics to get back into shape before taking on the second week of racing of this year’s AFRICA ECO RACE® which will be 100% Mauritanian.

DAY OFF IN DAKHLA

For the fourth consecutive year, the bivouac of this day rest is installed in Dakhla on the edge of the Atlantic Ocean. The mechanics were able to enjoy a full day of reconditioning vehicles on the beach with sea views. For drivers and co-drivers it was good to take care of the body and share some good moments with each other before taking the road again.

Animations for all
Some took advantage of a good bed with a night at the hotel last night, others preferred to stay on the bivouac, having a good time relaxing on the beach. Just like Team Dakar with its three SSV racing, "we love the atmosphere here, we do not need anything more" expressed Jean-Huges Moneyron and Thierry Maury (SEN / CANAM) 20th overall who expect to win a few more places in Mauritania. Despite a little sun and a windy weather, many brave went to bathe in the 14 degrees ocean. Young rider Kristian Felix Jensen (NOR / KTM) from Team Ullevalseter took the opportunity to take a surf lesson for the first time in his life. Smiling after a few minutes and a successful ride he said that "It was nice but difficult!". Meanwhile, Gerard De Rooy's team (NL / IVECO) was invited by Miklos Kovacs (HON / SCANIA) to taste the traditional Goulash. The crew of the Chti Friterie feasted the rest of the bivouac by distributing fries directly prepared from their racing "food truck".

Cleaning and mechanics
For the more conventional SUVs and those who participate in the raid without racing, they could finally take some time to do a great cleaning as they usually arrive later than other competitors at night. Bruno Bastide and Didier Chaudat (FRA / TOYOTA) in the T2 have been able to recover a piece to continue the adventure directly arriving from France and in the evening at Dakhla's airport. They were relieved to be able to go on the second week: "We will have fun in Mauritania !".
Julien Sanchez (FRA / KTM) has spent time responding to media requests, the french guy from Senegal had a lot of free time without mechanics on his bike.
Not like Noël Essers (BEL / MAN) who spent part of the day in his mechanic's outfit repairing a few things on his truck with a lot of pleasure: "it's not really work, it's fun".
As for the MD Rallye Sport team, the do-it-yourself and cleaning session was quick and efficient enough to finish off this day by enjoying their jacuzzi.
All ended the evening, feasting with the famous barbecue of entrecote and braised potatoes offered by the caterer JDB jut like every year in Dakhla. 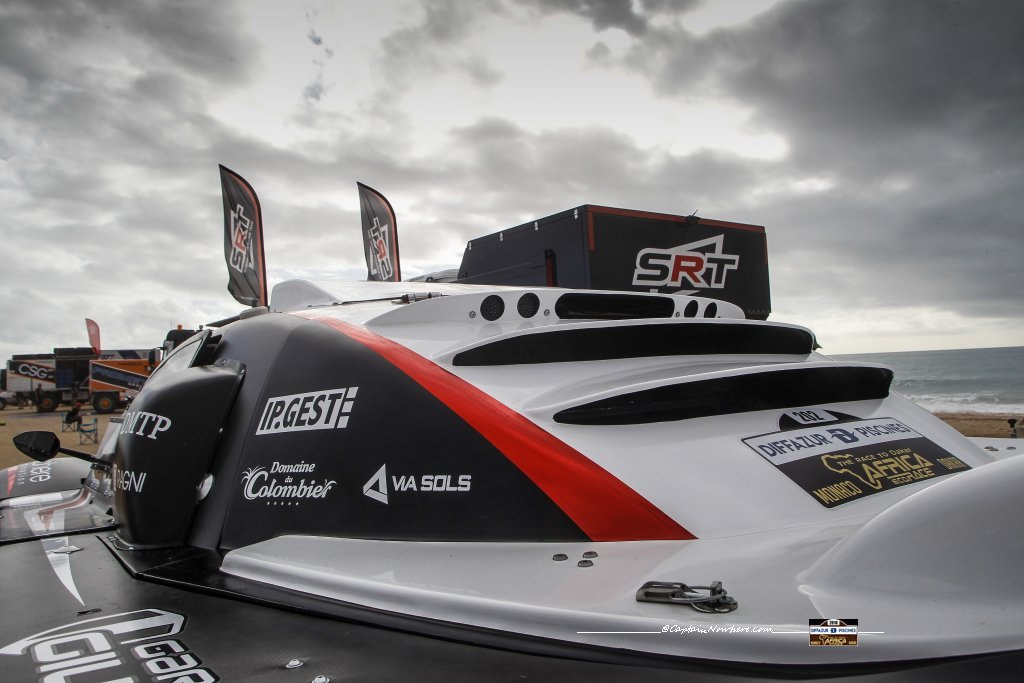 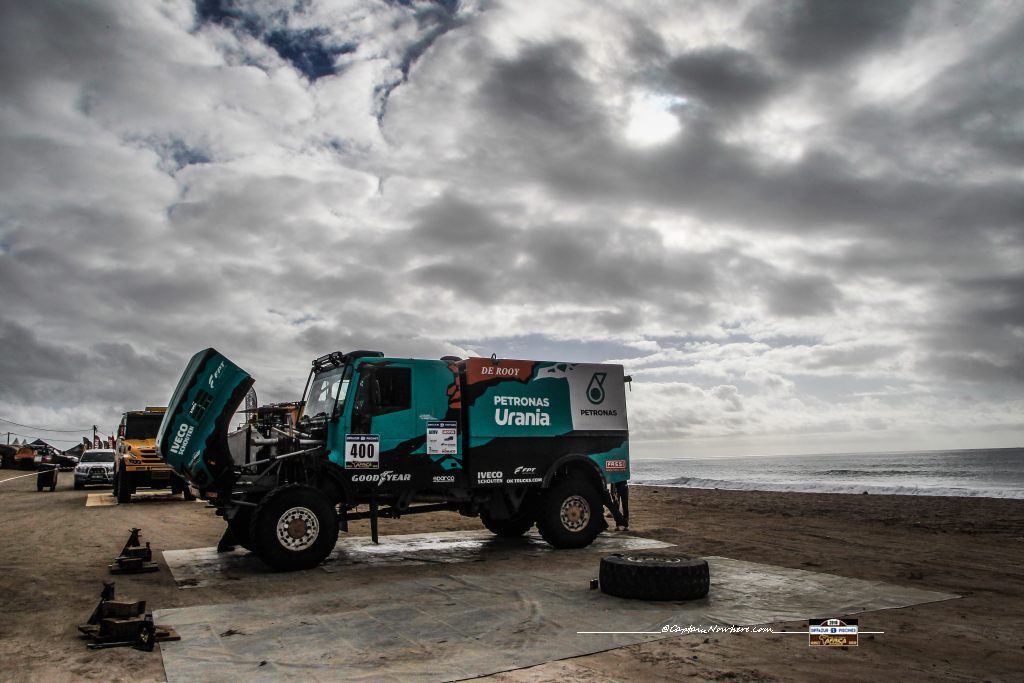 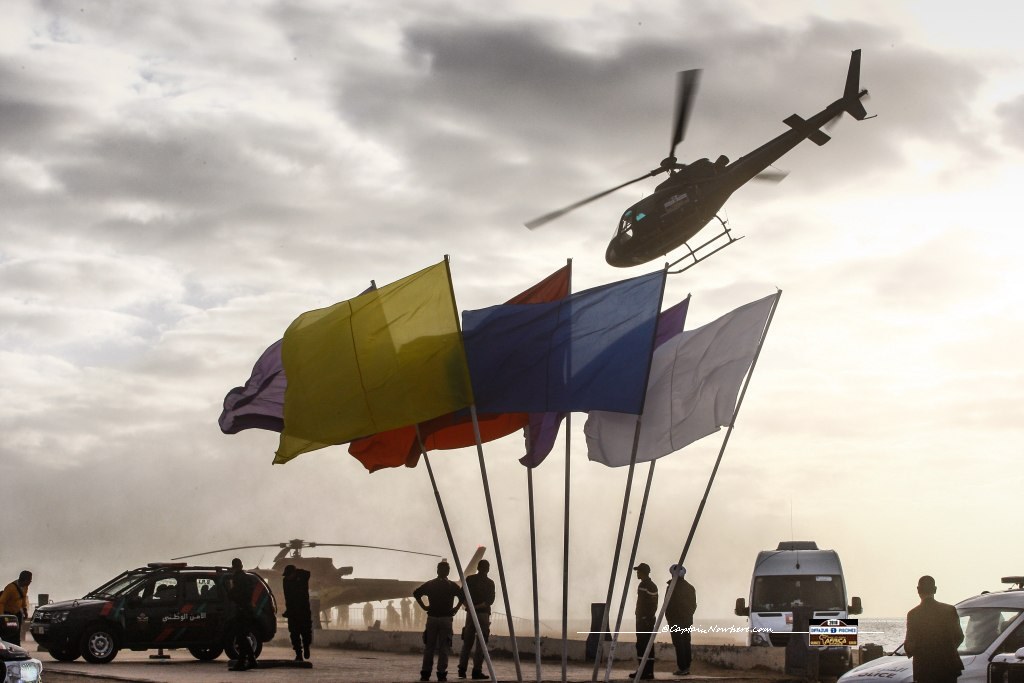 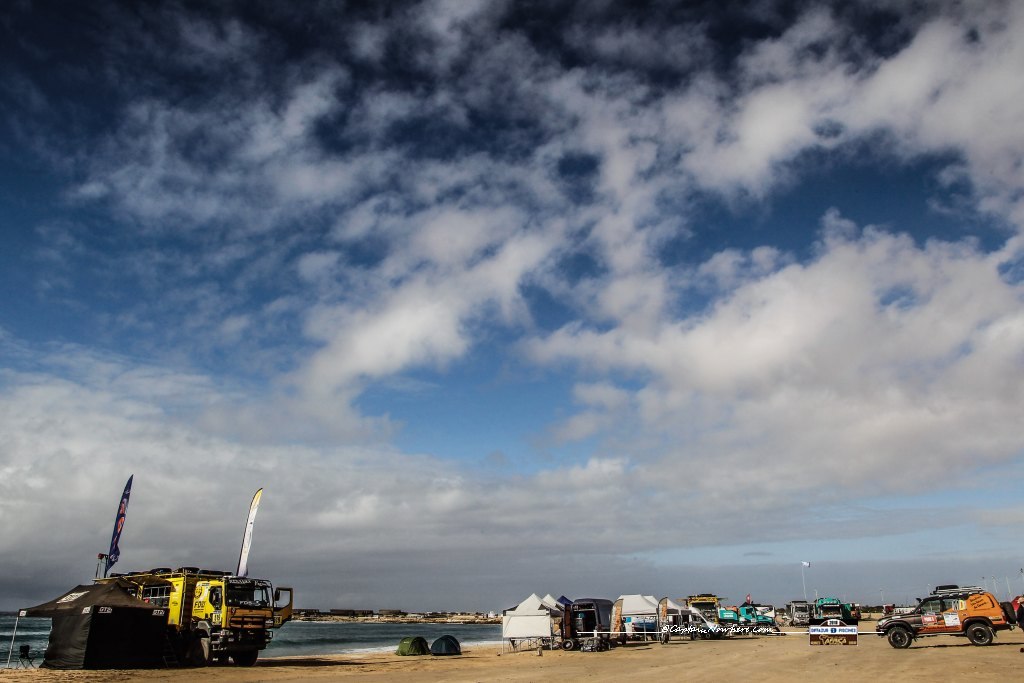 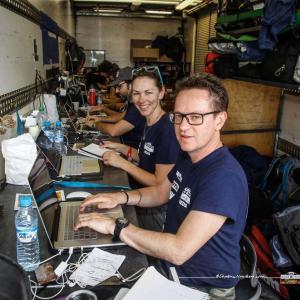 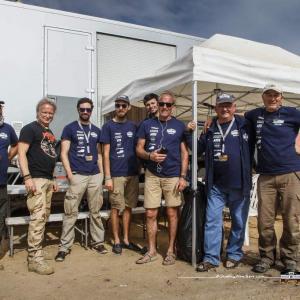 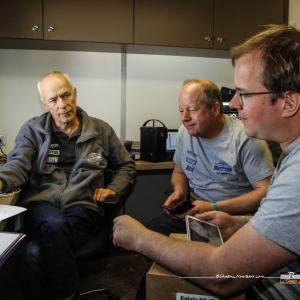 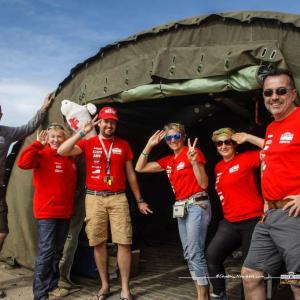 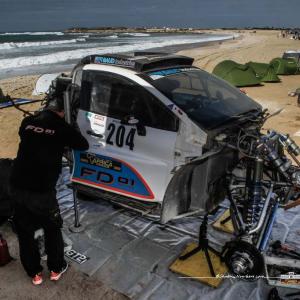 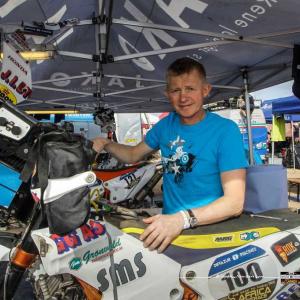