Administrative and Technical Checks on 29th & 30th December 2017 in Menton

Embarkation in Sète in the evening

Arrival in Nador, Morocco, on 2nd January 2018 for the 1st Stage

When drawing the course for this 10th AFRICA ECO RACE®, our main objective was to create an unforgettable one, composed of new tracks and a few innovations such as the “500 Miles” Marathon stage, a total racing distance of almost 4000 km and reducing the visibility areas around the GPS points during the race. Like always the challenge is not easy to undergo, especially when taking into account all the different aspects we need to build a rally from start to finish. Nevertheless the result should please the competitors thanks to the use of a variety of terrains, the beautiful scenery they will cross and the level of difficulty of the Rally. This year the Rose Lake stage at the end of this African adventure will be one all the competitors have worked hard to earn. The AFRICA ECO RACE® team will do their best to bring as many competitors all the way to this ultimate stage on the mythical beach in Dakar, which 40 years earlier Thierry SABINE shown the whole world for the very first time.

The 10th edition of the Africa Eco Race is getting ready ath the Stade Rondelli of Menton with the administrative and technical checks. The real starts will be given by Jean-Marie Bigard (french humorist) on sunday at 9 AM in Monaco. For the moment, every competitors have to get through this very important step.

The pressure is rising
"The pressure is already there, the race begins now!", Here is how Kristian Felix Jensen comments his turn during the checks that animate the city of Menton during two days. At 26, the youngest Norwegian motorcycle rider is the protégé of Pal Anders Ullevalseter, two-time winner of the Africa Eco Race, and is competing for the first time in a raid of this size. He is following his 49-year-old mentor, who still has the same enthusiasm : "This year I'm really excited because it's my only big competition, I know it's going to be difficult because I'm not young anymore but I'm taking two 26 year old drivers who will be able to push me ".

All competitors have 48 hours to certify that everything is in order (insurance, registration, vehicle safety standards, stickers ...) before going to the parc fermé Quai Antoine 1er in Monaco where will officially start the 10th edition of the Africa Eco Race.

The primordial step of verifications

The first vehicles arrived on Wednesday, December 27th, just like the team of the winner of the last car edition, Vladimir Vasilyev (RUS). Good timing for the staff who could take care of the car and wash it before scrolling alongside the quads, motorcycles, buggies and trucks that pass under a tent of the organization to be watched in every detail. The drivers must show their race dress and all their equipment to be sure that everything is in order as required by the FIA. An important step before the race, a bit like a prologue where you absolutely have to cross the finish line and win the stamp so you can go on in the competition.

A unique show for the public

While the truck of the Portuguese Elisabete Jacinto settles in the Rondelli stadium, the one that belongs to the Dutch Gérard de Rooy (two-time winner of the Dakar) is photographed by the public who can admire those big monsters. At the same time, the 7 MD Rally Sport buggies line up at the back of the stadium and all the staff is thrilled to meet again before taking part in the adventure. "It's been a year since we are working on the cars, the checks are intense for the staff, once they are finished we will be relieved, then we leave the keys to the drivers and it is up to them to go on" explains Antoine Morel the boss of the team. All are eager to get on the podium of departure... Meeting at 9am Sunday in Monaco ! 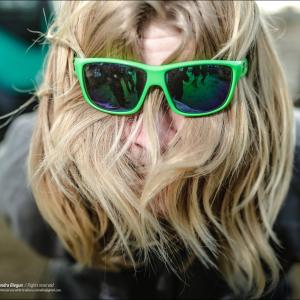 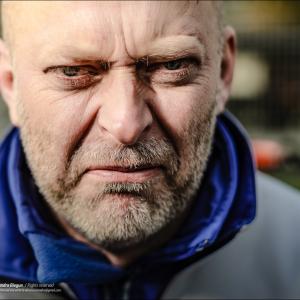 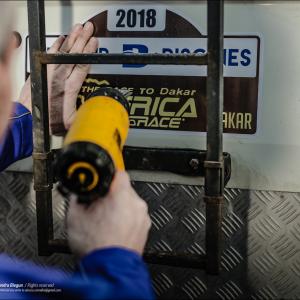 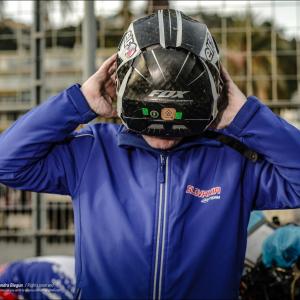 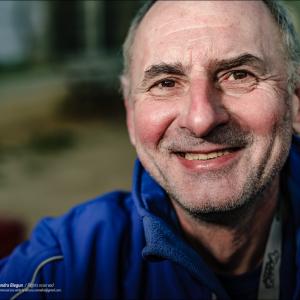 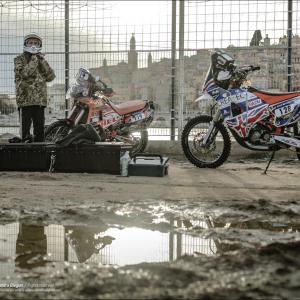