Transfer to the bivouac : 10 km

After a very early start from Dakhla in order to pass the border from Morocco to Mauritania during the morning and in order to fulfill the customs paperwork, which have been drastically simplified especially for this rally, it is another totally new stage the competitors will discover. For this first Mauritanian day the competitors will have a massive change in scenery and will be racing off road and on sand. The track will start in Boulanouar and will soon join the railway line to the mine before going onto a succession of off road sections. A dune crossing just before the end of the leg will be a lovely place for the media teams to come take some footage. Indeed you will have only 1 dune section to cross but it will be far from the easiest. Yet again this will be a good warm up for the upcoming days.

After a very early morning waking up at 4am, all participants had to take the road by night for a 429 kilometers liaison with the crossing of the border. The 10th edition of the Africa Eco Race continues its journey in Mauritania where a first leg ending in the dunes after 211 kilometers.

New landscape
All the vehicles were able to reach Mauritania this morning without any trouble. A very good organization that even allowed the competitors to rest once they got to the start of the leg two hours before the race. A route that gave way to off-piste and sand. Leaving Boulanouar, the competitors quickly joined the mine's railway before arriving at a succession of off-piste tracks. A crossing of dune just before the arrival gave them a little taste of what will wait for them in the coming days and especially tomorrow with the marathon stage ...

Straight on the dunes
It's a black buggy that has emerged first in the dune just before the finish line. Mathieu Serradori and Fabian Lurquin (FRA / MCM) were the fastest to win this leg, finishing 2'21" behind leaders Vladimir Vasilyev and Konstantin Zhiltsov (RUS / MINI). With an average speed of 144 km / h, the French-Belgian crew have still shown that they have a very good car. It was a very good day for Guillaume Gomez and François Borsotto (FRA / OPTIMUS) enjoying this stage, making their best performance on this leg. The crew of the team MD Rallye Sport takes the 3rd place and finally managed to solve all its mechanical problems to get back on the competition. A playground where the Optimus are going very weel as Pascal Thomasse and Pascal Larroque (FRA / OPTIMUS) had fun even if the dunes still worry the pilot, wishing to avoid to be trapped on the sand... They retain their 3rd place overall 1h30 ahead of Remy Vauthier and Jean Brucy (SUI / OPTIMUS).

In T2, Alexey Titov and Andrey Rusov (RUS / FORD) showed the power of their F150 RAPTOR to win the category still ahead of Gilles Gard and Manuel Pinto (FR / MITSUBISHI). However Gerard Van Lieshout and Guido Slaats (NDL / TOYOTA) remain the leader of this class made for stock vehicles. In the SSV category, these vehicles which are halfway between that of a big quad and a buggy, the performance of the day was performed by Vincent Guindani and Stéphane Nguyen (FR / CAN AM ) who finished in 19th place ahead of Loïc Bonnevie and Sophie Hamys, who remain the overall leader in 18th place.

In motorcycles, Luis Oliveira (POR / YAMAHA) continues to impress by being the fastest today. He won in 1h50'2"  followed by Paolo Ceci (ITA / KTM) and Pal Anders Ullevalseter (NOR / KTM) .The three men who started with a two minute gap at the start came out of the last dune almost together. The Mauritanian fight is launched! Nice performance for Dmitry Agoshkov (RUS / KTM) who by finishing 4th, proved that he is in the game when he has no mechanical problem. Finally, the first driver in + 450cm3 is the young Marius Hermersen (NOR / KTM), one of the two “pupils” of Master Ullevalseter, coach of the year in Norway.

The Mauritanian battle is well launched!

Mathieu SERRADORI: "I do not know if it is a good operation to win today and open the marathon tomorrow ... But it was necessary to avoid wasting time with Vasilyev who followed his strategy keeping  his advance. It was a warm-up leg here and everything went well, we are happy, Vasilyev let us pass, it will be difficult to make the opening in the dunes ... "

Vladimir VASILYEV: "It was a strategic race but it was a leg for big engines with a straight line. For the marathon it will be necessary to keep a cool head without making mistakes for the car and for tires because we only have three spare wheels! "

Guillaume GOMEZ: "We finally managed to do everything we could today, the mechanics, the navigation and the pleasure to pass the other cars. We drove without taking any risk, the navigation was not complicated but we had to stay focused. "

Gerard DE ROOY: "It was a long day that started very early but crossing the border was quite fast, so we had to wait arriving early at the start of the leg. Some buggies doubled me, I was not the fastest but I will go slowly tomorrow, be careful and enjoy the sand. "

Luis OLIVEIRA: "I drove quietly behind the guys then I accelerated to attack midway and managed to pass them just before the arrival. The sand in the dunes was very soft, I still could learn today with this 1st Mauritanian leg. "

Paolo CECI: "It was almost like last year, I drove fast on the whole stage, I'm happy to ride with Pal and Luis. Tomorrow it will be complicated, he we will have to ride carefully without damaging the bike in the marathon event, and of course, not get lost. "

Pal Anders ULLEVALSETER: "It was nice today, very fast all the way and not complicated in navigation. Tomorrow it will be very difficult, I hope nobody will get through but me! »

▪ Provisional results, subject to changes in ranking after jury deliberation 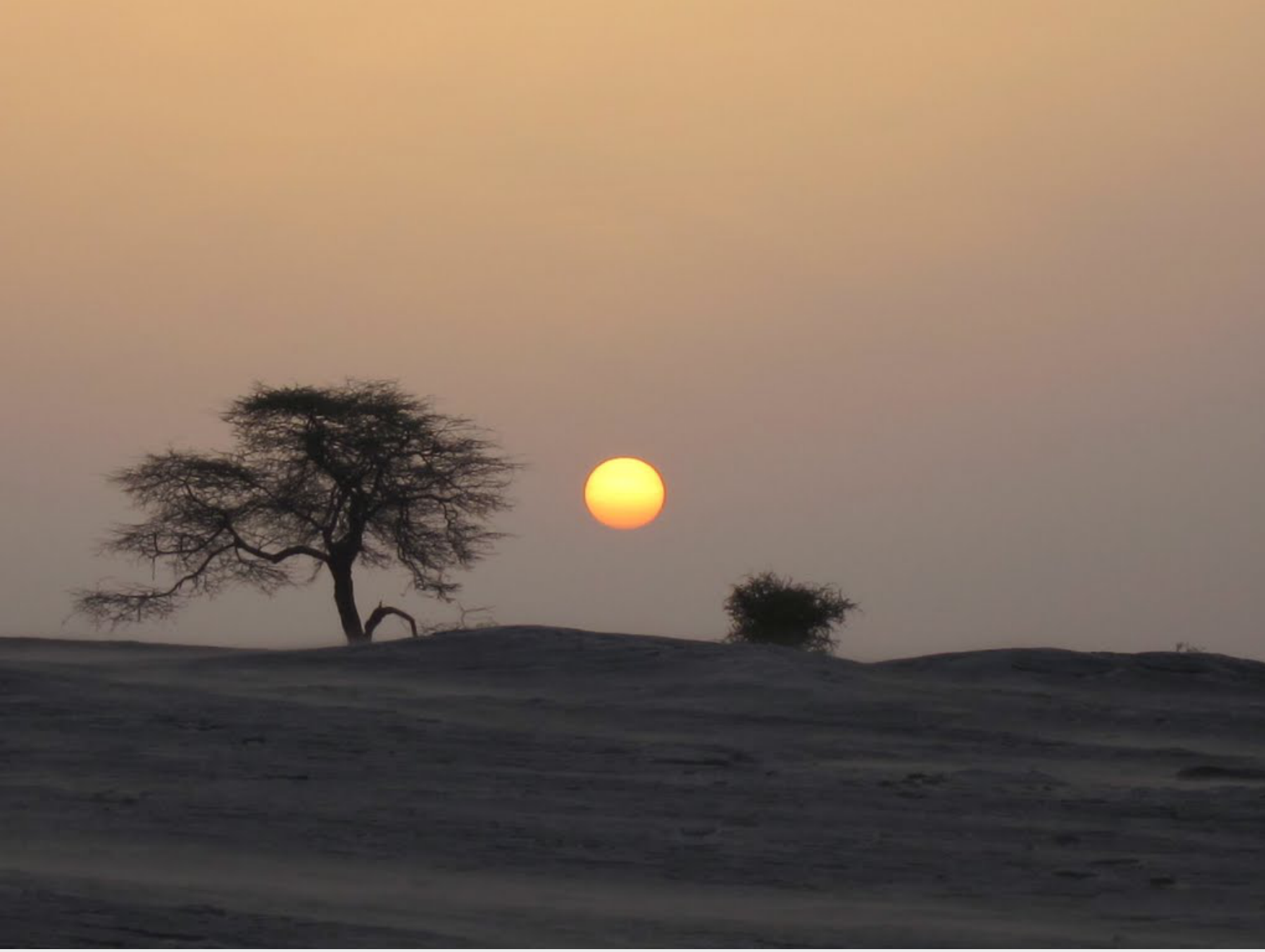 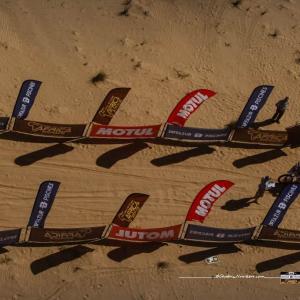 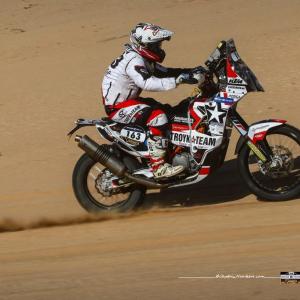 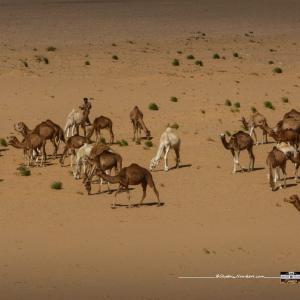 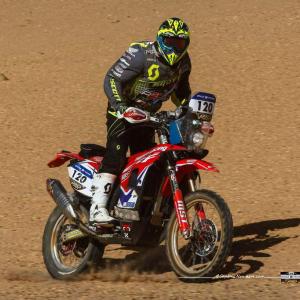 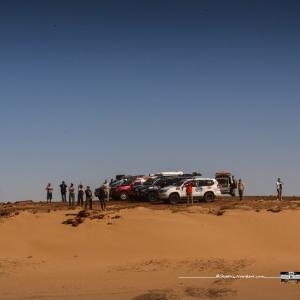 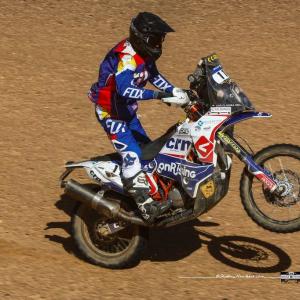