The ultimate Moroccan stage will be 100% new and will bring the competitors to Bir Anzaran and passing the mighty phosphate conveyor belt of Laayoune. A very fast leg, not many rocks but very complicated from a navigation point of view. It is only after the fuel CP that the competitors will get back onto a marked track from a mythical rally that once came down here. It will be a perfect way to relive memories for some and to discover this amazing area for others. The massive advantage of this track is to enable the competitors to drive ever further south during the leg and avoid as much as possible the long road liaison to Dakhla. Especially as this stage will be tough from a mechanical and navigational point of view, but a real pleasure from a driving point of view. It will be a very nice way to conclude this first week of racing and to get to the now traditional, well deserved rest day for all the AFRICA ECO RACE® caravan.

Last leg in Morocco
Once again, the 10th edition of the Africa Eco Race gave the competitors a new route. The day started with a light rain which enabled the dust to stay down for the rest of the day. A 436 kilometers leg brought the rally to Bir Anzaran passing the mighty phosphate conveyor belt of Laayoune. The track was very fast with some complicated navigation points. The competitors went straight south and finished the day with 174 kilometers liaison before reaching Dakhla for a well deserved rest day.

Vasilyev gets ahead, Ullevalseter for fun

With an average speed of 145 km/h, Vladimir Vasilyev and Konstantin Zhiltsov (RUS / MINI) didn't waste any time! On this very fast leg, today's winners secured their slight lead on the overall standings before attacking the dunes of Mauritania. Mathieu Serradori and Fabian Lurquin (FRA / MCM) finished 2nd in 3h05'35, or 6'12" back from the leaders. After the first week they are 16'35" down in the overall ranking but consolidate their lead over Pascal Thomasse and Pascal Larroque (FRA / OPTIMUS), finishing 6th today. Patrick Martin and Didier Bigot (FRA / MERCEDES) took 3rd place ahead Denis Krotov and Dmytro Tsyro (RUS/BMW) finally at the place which matches with their ambitions.

Gerard De Rooy, Darek Rodewald and Moi Torrellardona (NL / IVECO), are still the first truck of the competition in today’s stage in front of Johannes Van De Laar, Ben Van De Laar et Adolphus Huijgens (NDL/DAF) whereas Tomas Tomecek (CZE/TATRA) completes the podium of the day, alone in his truck. For his first participation, 10 years after his father, Gerard De Rooy will be able to rest peacefully with the 5th place overall as Tomecek and Miklos Kovacs, Peter Czegledi and Lazlo Acs (HUN/SCANIA), are 12th and 13th with less than 2 minutes between them.

On the T2’s side, which is for stock 4x4’s, Loic Frebourg and Franck Boulay (FRA/TOYOTA) win today’s stage but Gerard Van Lieshout and Guido Slaats (NDL/TOYOTA) are ahead in the ranks and 30th in the overall cars/trucks.

To end up this week, even though they are behind Jean Hugues Moneyron et Thierry Maury (SEN/CAN AM), nice day in the T3 SSV category for Loic Bonnevie and Sophie Hamys (FRA/CAN AM) who climb in the top 20 by being 18th in the overall ranks.

In the motorcycles, Pål Anders Ullevalseter (NOR / KTM) was pleased despite his disappointing day yesterday because of a mechanical issue that forced him to abandon the leg. Although the battle for victory is over for him, the double winner of the Africa Eco Race had a lot of fun starting last and passing the other riders. He achieved the best time of the day in 4h00'11", 4 minutes faster than Paolo Ceci (ITA / KTM). The young Luis Oliveira (POR / YAMAHA) is still on the podium even if he loses a few minutes over Paolo Ceci still in the lead. The Italian is more than never ahead in the overall ranks ahead of Luis Oliveira and Rui Oliveira, which is riding a +450cc YAMAHA and leading the +450cc category. Jonathan Blackburn (GBR/KTM) is still leading the malle moto and is 5th overall. Sad news today, after  Lydia Traglio Beaumont (FR/HONDA)  which had a tough crash 2 days ago, the other female rider Julie Vanneken, also fell today and was transferred to the Dakhla hospital. It is very unlikely she will be able to continue the competition.

To concluded this first week, the couple Loic Bonnevie and Sophie Hamys (FRA / CAN AM) in SSV managed to climbs into the top 20 by taking the 18th place in the overall ranking.

The rest day have arrived, it is now time to take care of the vehicles and the bodies in Dakhla, the famous kitesurfing spot, where the bivouac stays on the breathtaking beach.

Quotes
Vladimir VASILYEV: "It was mainly a straight line, it was very fast, it went well for us, as a foretaste of the rest day!"

Mathieu SERRADORI: "We drove fast but could not get back to Vasilyev, maybe we did not follow the good tracks at the beginning, we did not expect to waste time today but they were very strong. We are still fighting for the win with a good car in good conditions. It was our goal to approach Mauritania 15 minutes from the leader, it is the case, we are happy."

Pål Anders ULLEVALSETER: "I started last and I had a lot of fun catching up and overtaking lots of competitors to win. I'm disappointed for not being in the fight for the win anymore but I managed to take a good time. Now I'm going to take some rest and will enjoy spending some time with the other competitors tomorrow. "

Paolo CECI: "It was very fast today, it went well for me in navigation, I'm happy with my ride. It's a shame for my fight with Pål but it does not change anything for me, I have to stay focused, the road is still long. Now I can go and take some rest at the hotel, the bike is amazing. "

Luis OLIVEIRA: "It was difficult for me with the navigation but it was very fast, some waypoints were hard to find but it was a good day and the adventure continues." 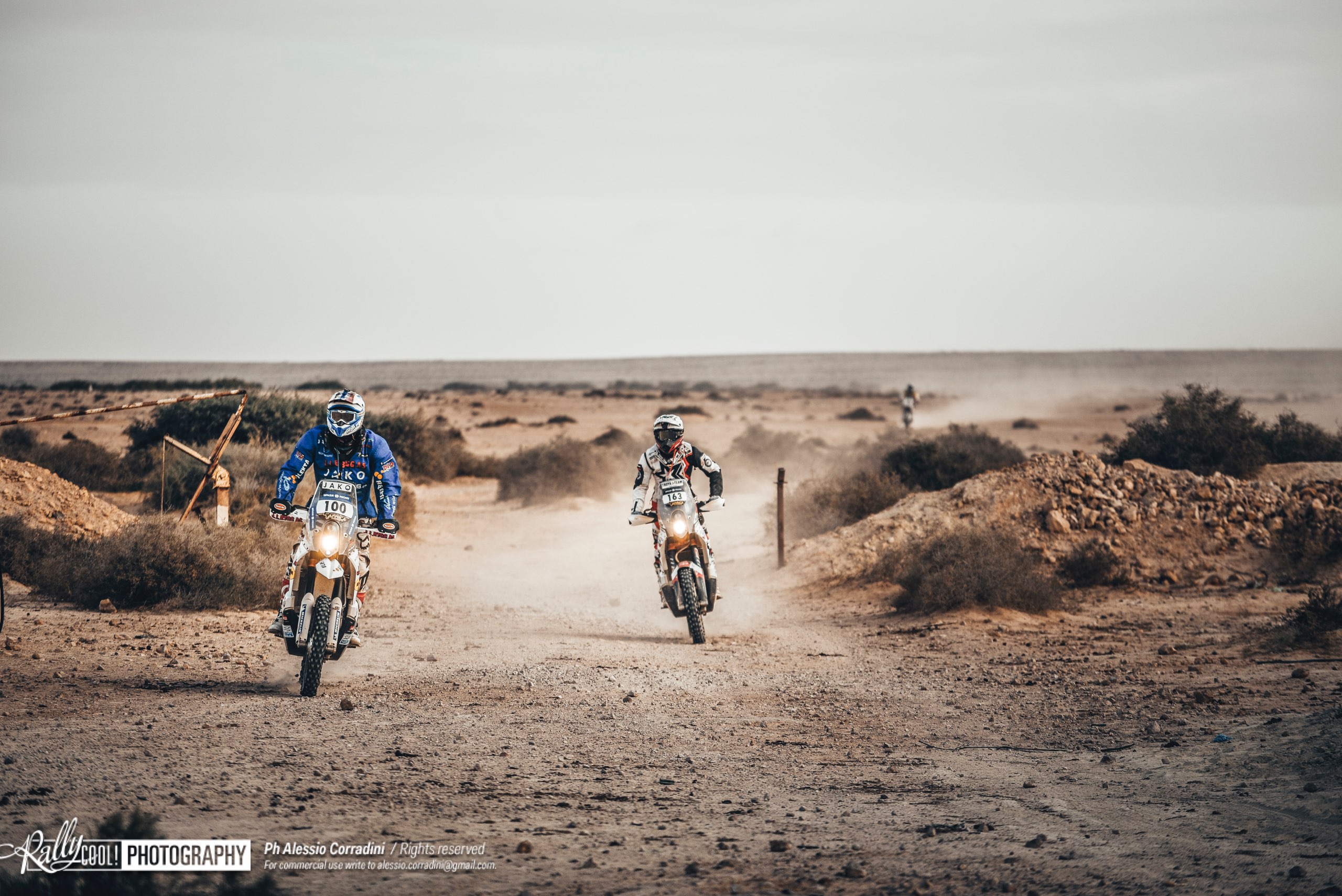 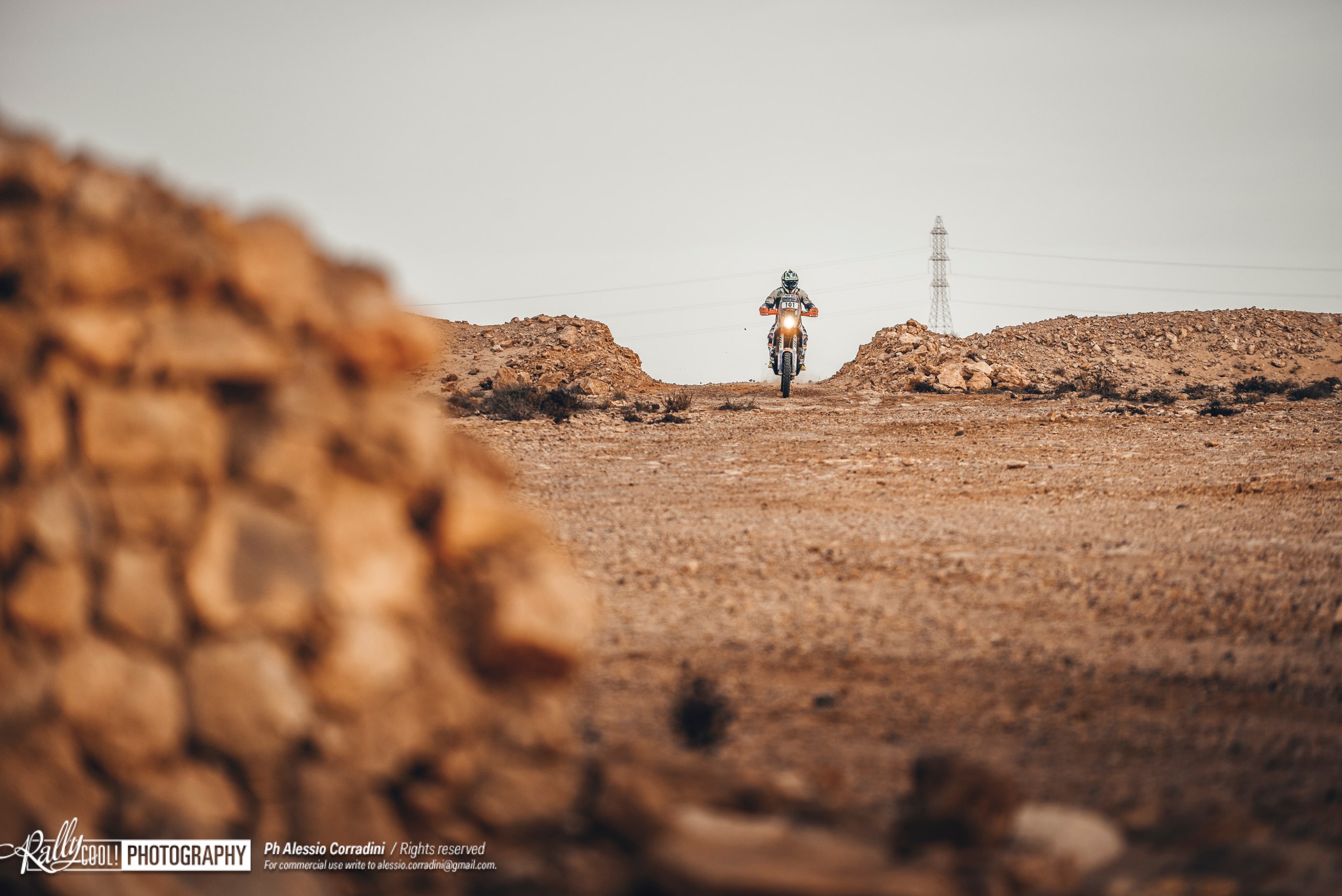 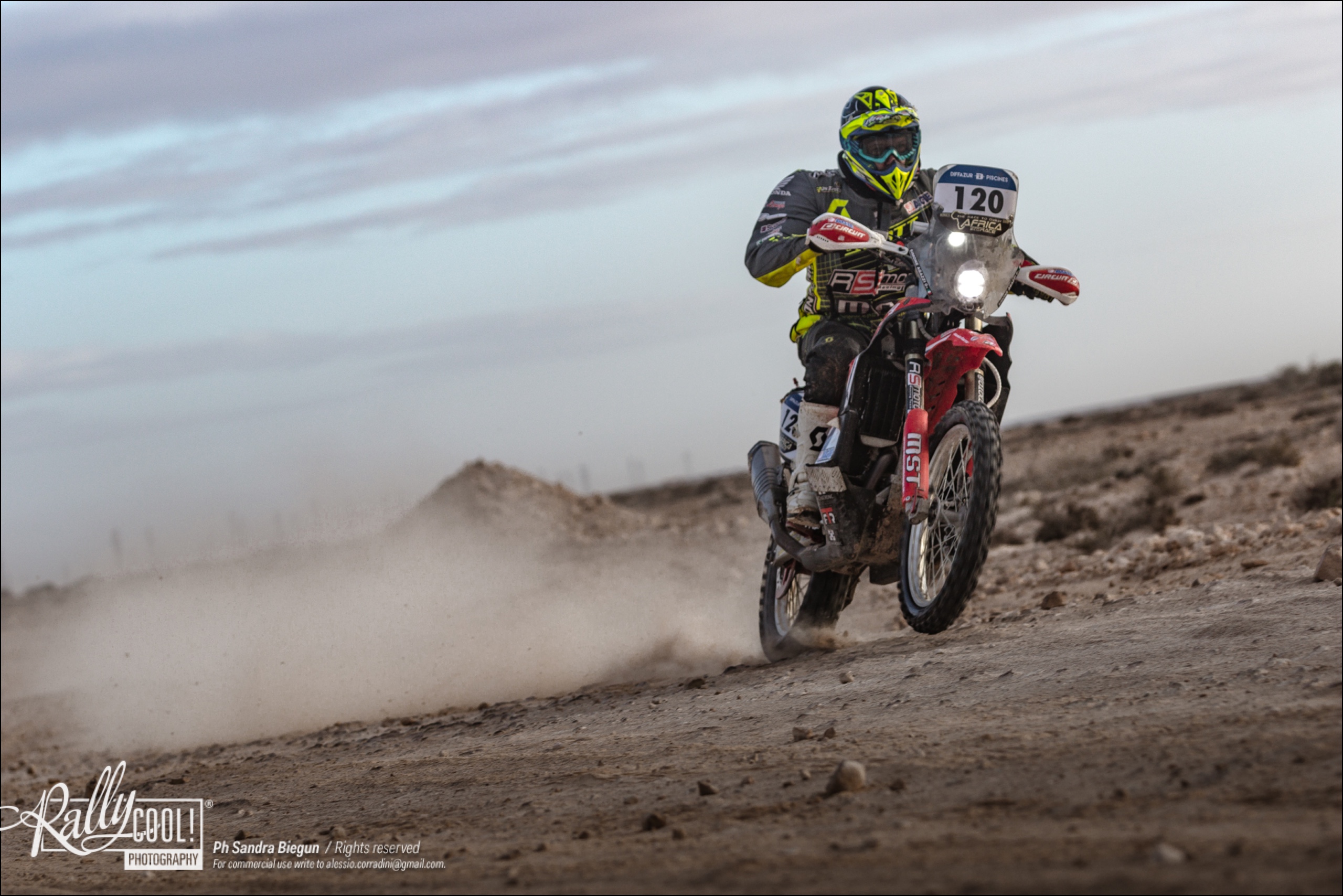 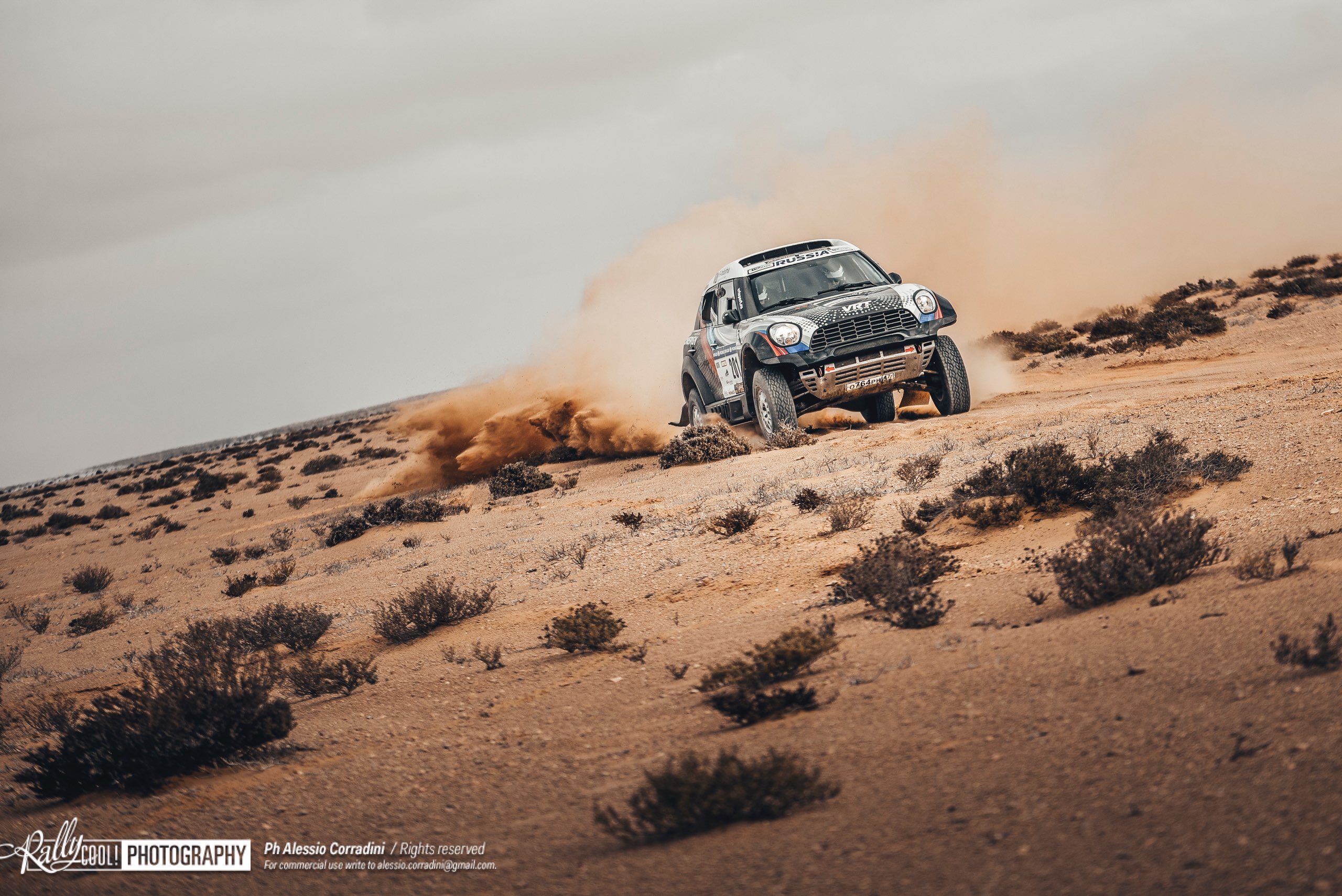 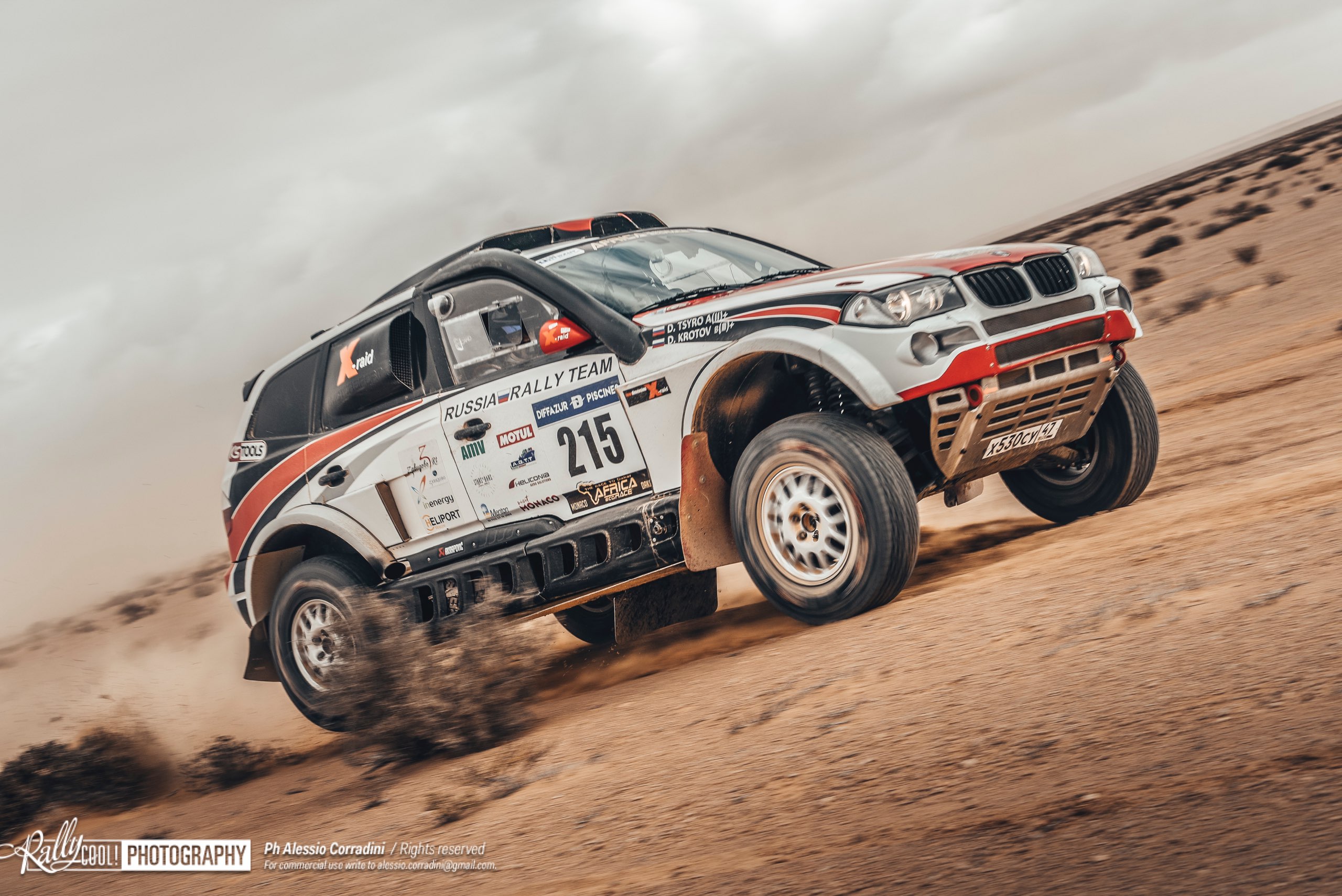 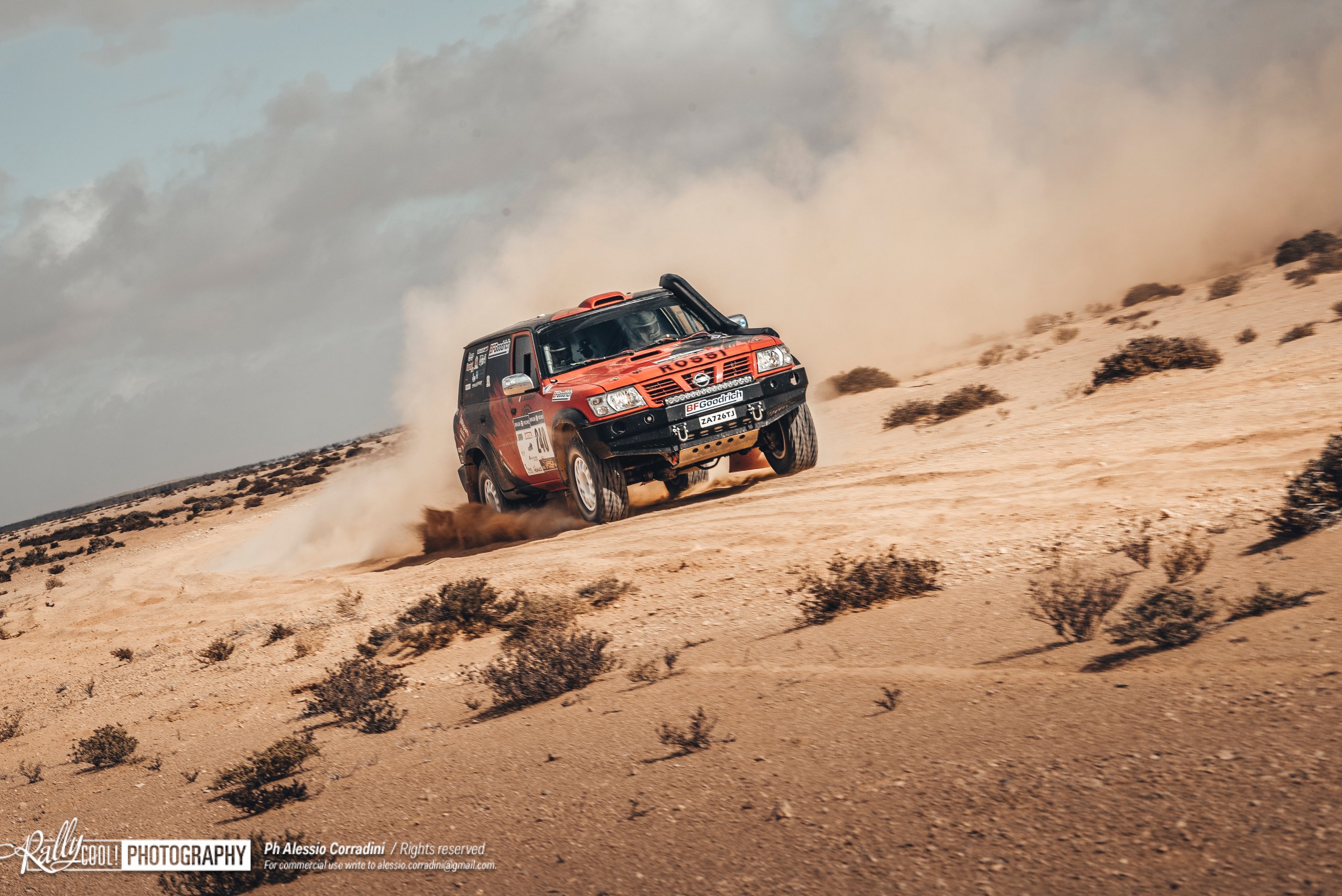 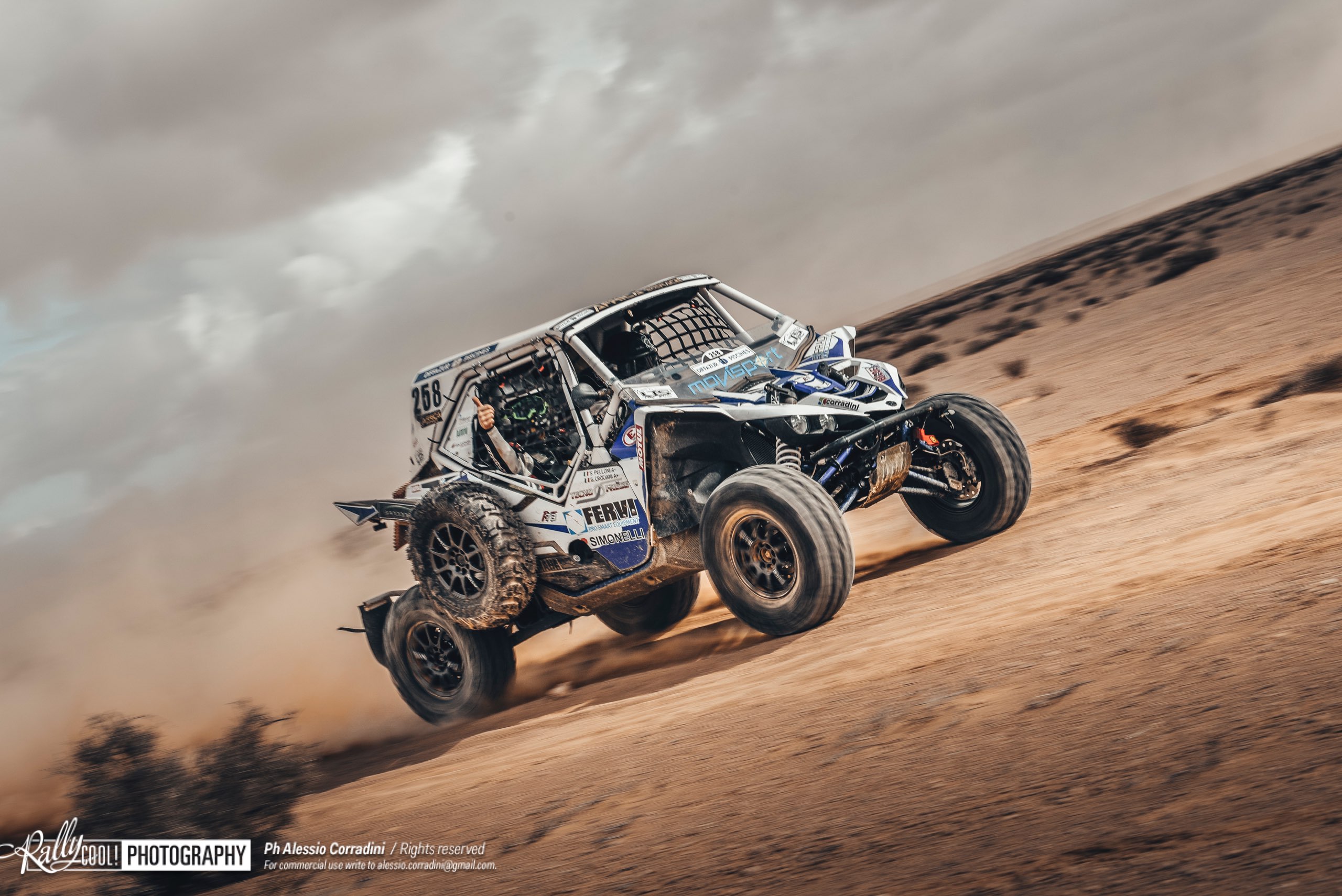 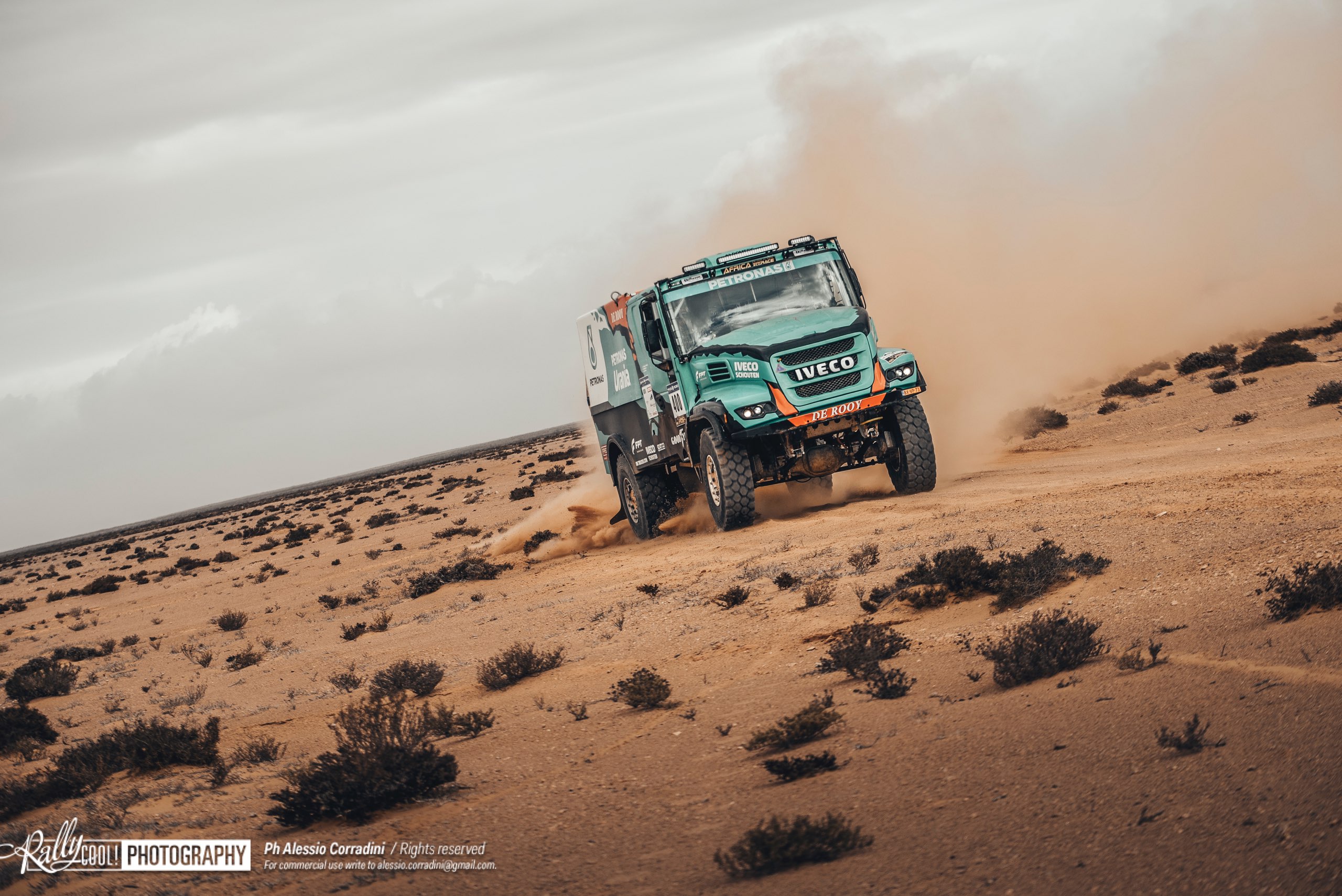 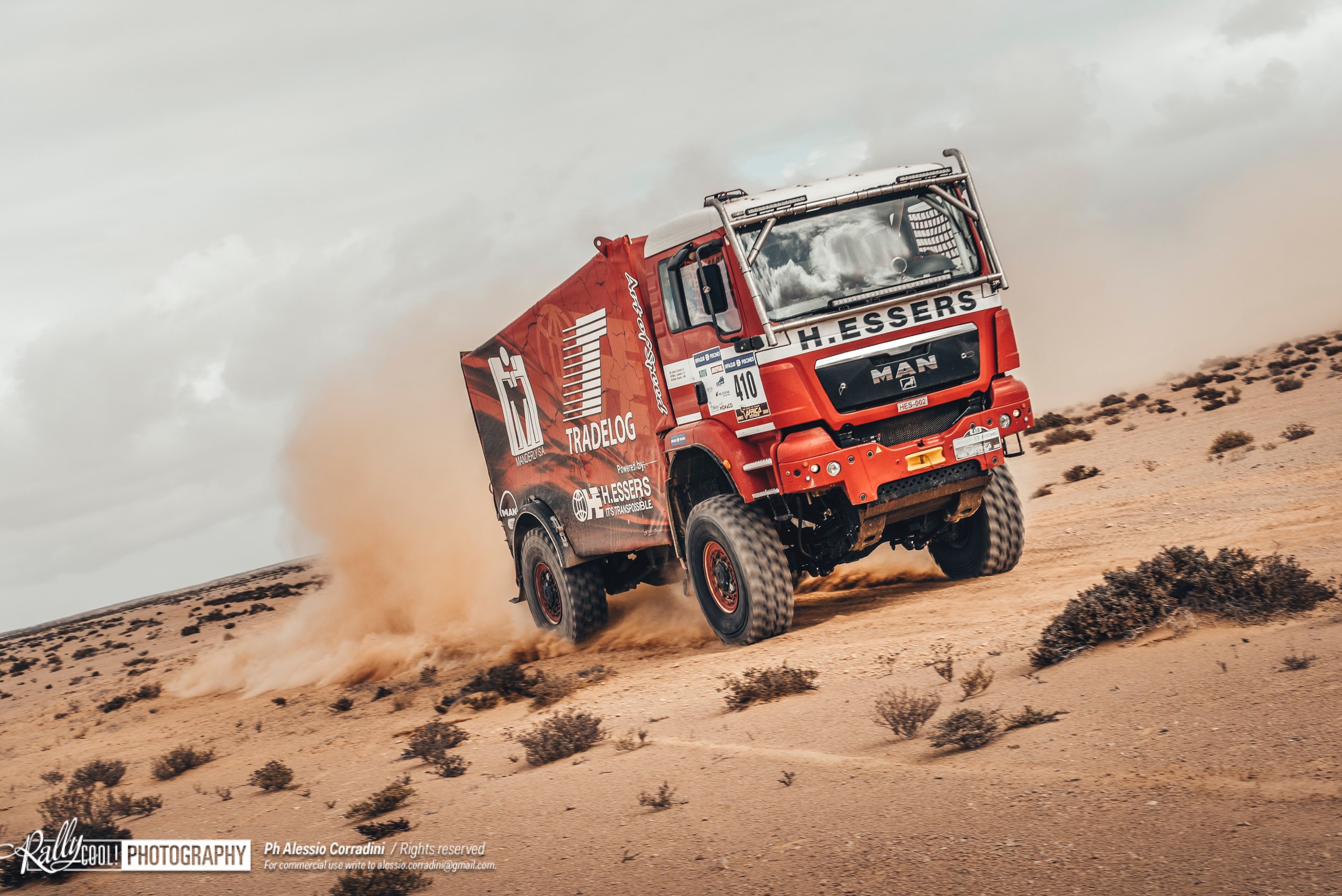 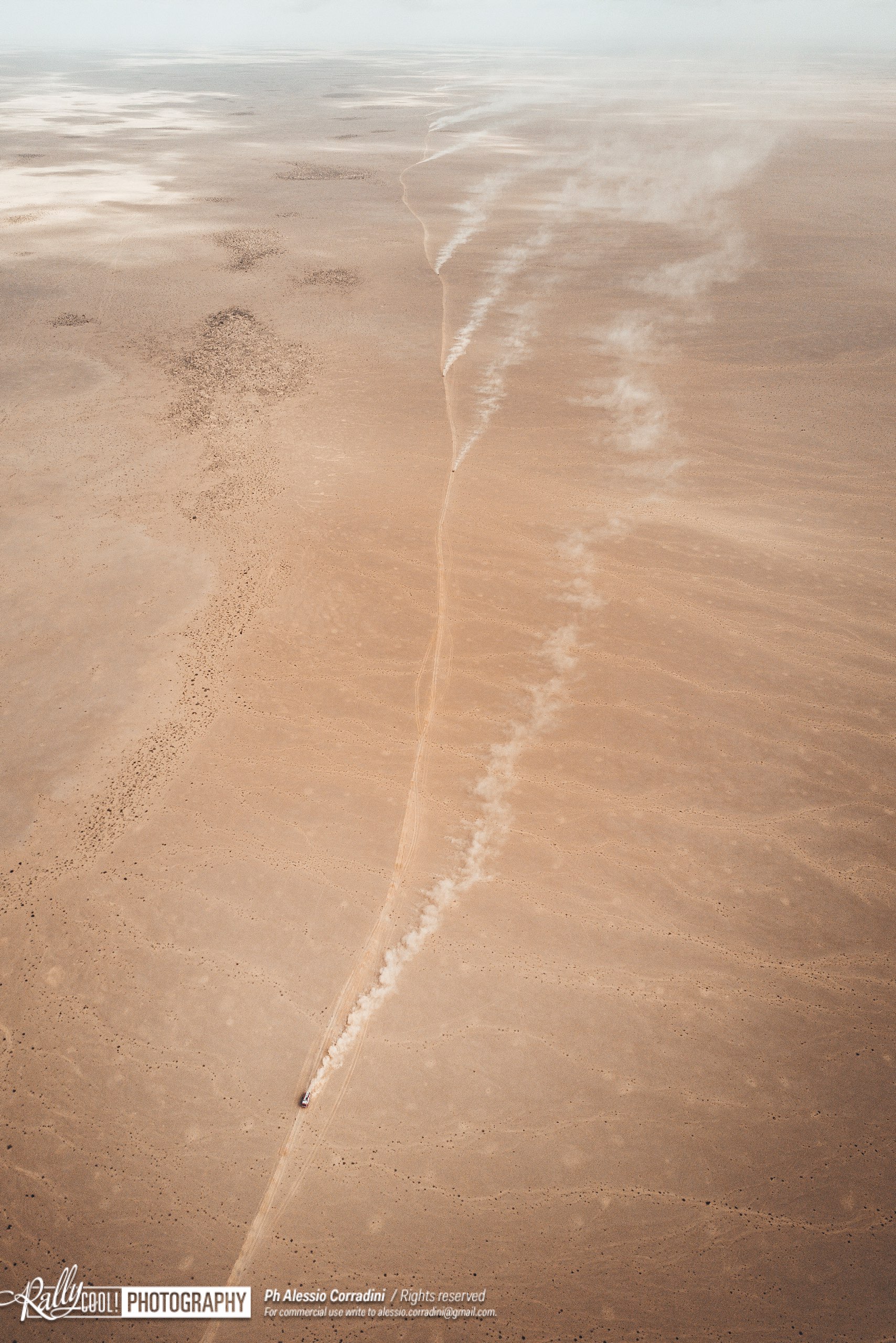 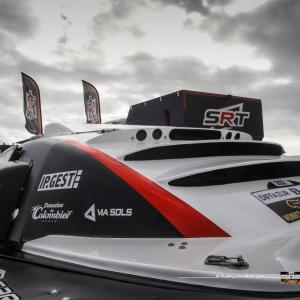 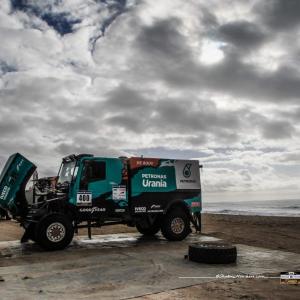 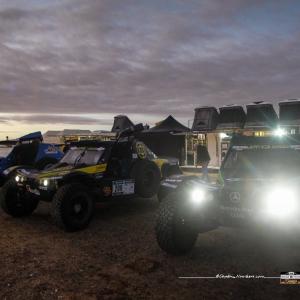 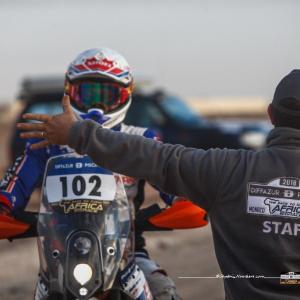 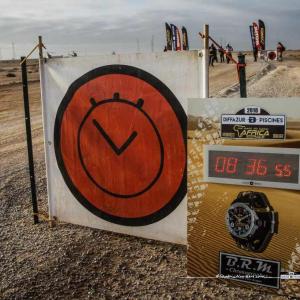 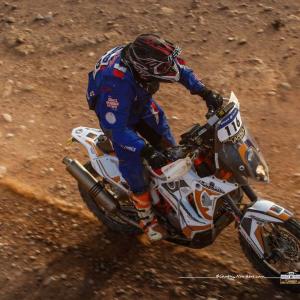