The start of this first real African stage will be given a stone’s throw from Erg Chebbi, better known as the “Merzouga Dunes”. A renowned dune section of Morocco and not very complicated. Having said that, each year some competitors get into some tricky situations. This stage will reflect the variety of terrain Morocco has to offer, from the off road sections to the dunes to the nice fast tracks to the very stony tracks, some even closed to the public. The competitors will have a total of 7 dune crossings where the first one is about 30 km long. At the end of this tough day, a stony track will drive towards Foum Zguid for a well-deserved rest. The two highlights of the day will be the crossing of the Oued Draa, which is usually very soft at this time of the year, and the Erg Chegaga which is often tricky.

The 2nd Moroccan day offered to the competitors the real beginning of the race. On the program a 443 kilometers leg between dunes and stony tracks under a summer sun, enough to disturb the ranking and reveal the favorites of this 10th edition of the Africa Eco Race.

Welcome to Morocco
After a short 28-kilometer run that saw the first bike leaving at 7:15 this morning, each competitor joined Merzouga to start the leg. The famous dunes close to the Erg Chebbi offered both navigation and driving difficulties, especially on the sand particularly soft because of the heat. Off-piste, 7 dune crossings, rolling tracks... The two highlights of the day will be the crossing of the Oued Draa, which is usually soft at this time of the year, and the Erg Chegaga which is often tricky.

Vasilyev as boss, Ullevalseter as usual
Just past the finish line, the winners of the day and overall leaders Vladimir Vasilyev and Konstantin Zhiltsov threw themselves on bottles of water. Under the eyes of the organizer, they were congratulated by all their staff and some spectators after 4h50'25 of race. "You did not even burst, bravo! ", said Jean-Louis Schlesser the former teammate of the best co-driver of the day.
Very nice 2nd place for Mathieu Serradori and Fabian Lurquin (FRA / MCM) who finished 1'56 after the winner of the day. Third place goes to Pascal Thomasse and Pascal Larroque (FRA / OPTIMUS) 14'26 off the lead.
A very good day for Serradori Racing Team taking the 2nd place overall. Harder day for Gerard De Rooy, Darek Rodewald and Moi Torrellardona (IVECO) who reach the finishing line 1h05'46" behind the leader and falls off the podium.
In the motorbikes category, the race remains tight with an arrival within seconds in between Pål Anders Ullevalseter (NOR / KTM) and Paolo Ceci (ITA / KTM). The fight promises to be intense between the two competitors as Ullevalseter takes the lead of the overall standings 3 seconds ahead of his main rival for the final victory.
For the less fortunate, the evening also looks very long ... The day's leg revealed everything you can find in the hardest routes in the greatest African raids. They will reach the bivouac very late at night after a very educational experience navigating in the dunes.

They said :
Vladimir VASILYEV: "We're tired, it was a long leg, it's been a long time since we had any, in the dunes it was not easy, the sand was soft and it was brittle. It was a wonderful stage with interesting tracks, thank you Jean-Louis! "

Pål Anders ULLEVALSETER: "It was a great leg with lots of dunes, I caught up with Paolo, thanks to his navigation mistakes, I tried to overtake him but it took me a lot of time because he's really really fast."

Paolo CECI: "It was incredible, there was everything in this leg: sand, navigation, fast tracks ... all that can be found in Morocco. Today Pal caught me 30 kilometers from the finish and we drove together. The fight is not over! "

Mathieu Serradori: "We started on a good rhythm, Fabian did a great job, it was very technical navigation, we had a good day with a speed around 200 km/h! "

Pascal Thomasse: "Why do we do this? ... Now it's better but 100 kilometers from here I would have preferred to be on my couch! In the dunes it was long, hard and very brittle. I took a normal rhythm to avoid damaging the car, we end the day at our place, without making any mistakes. " 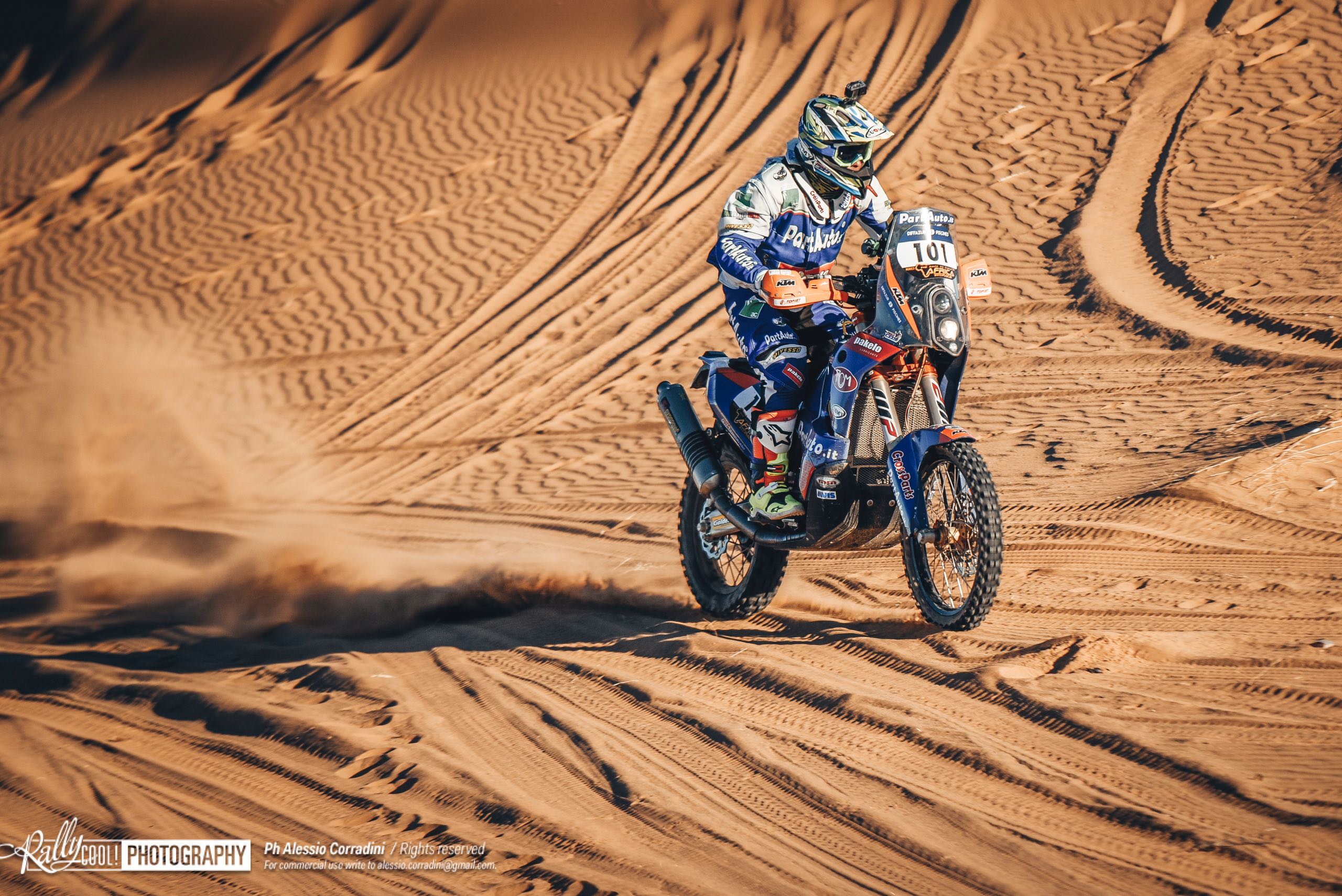 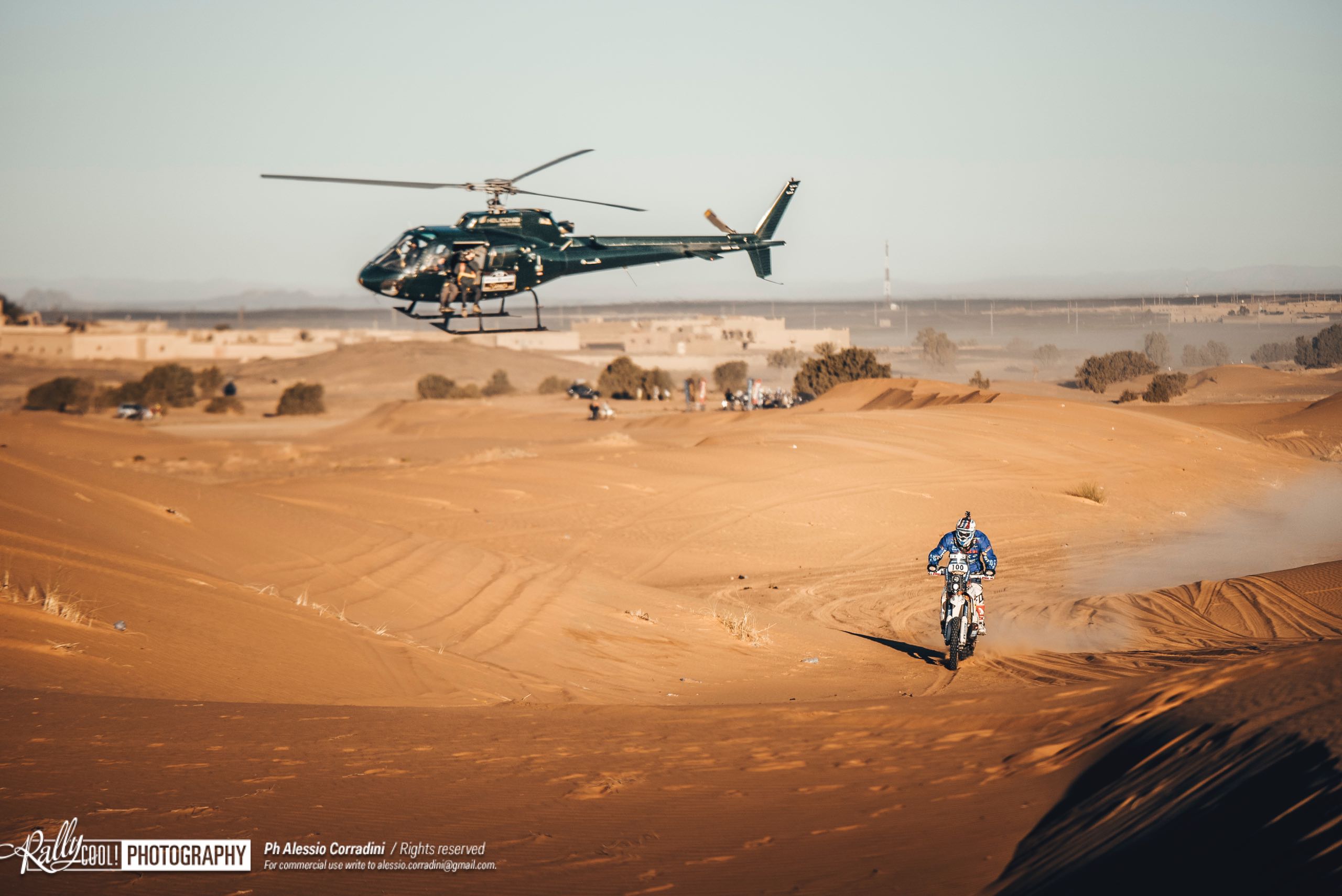 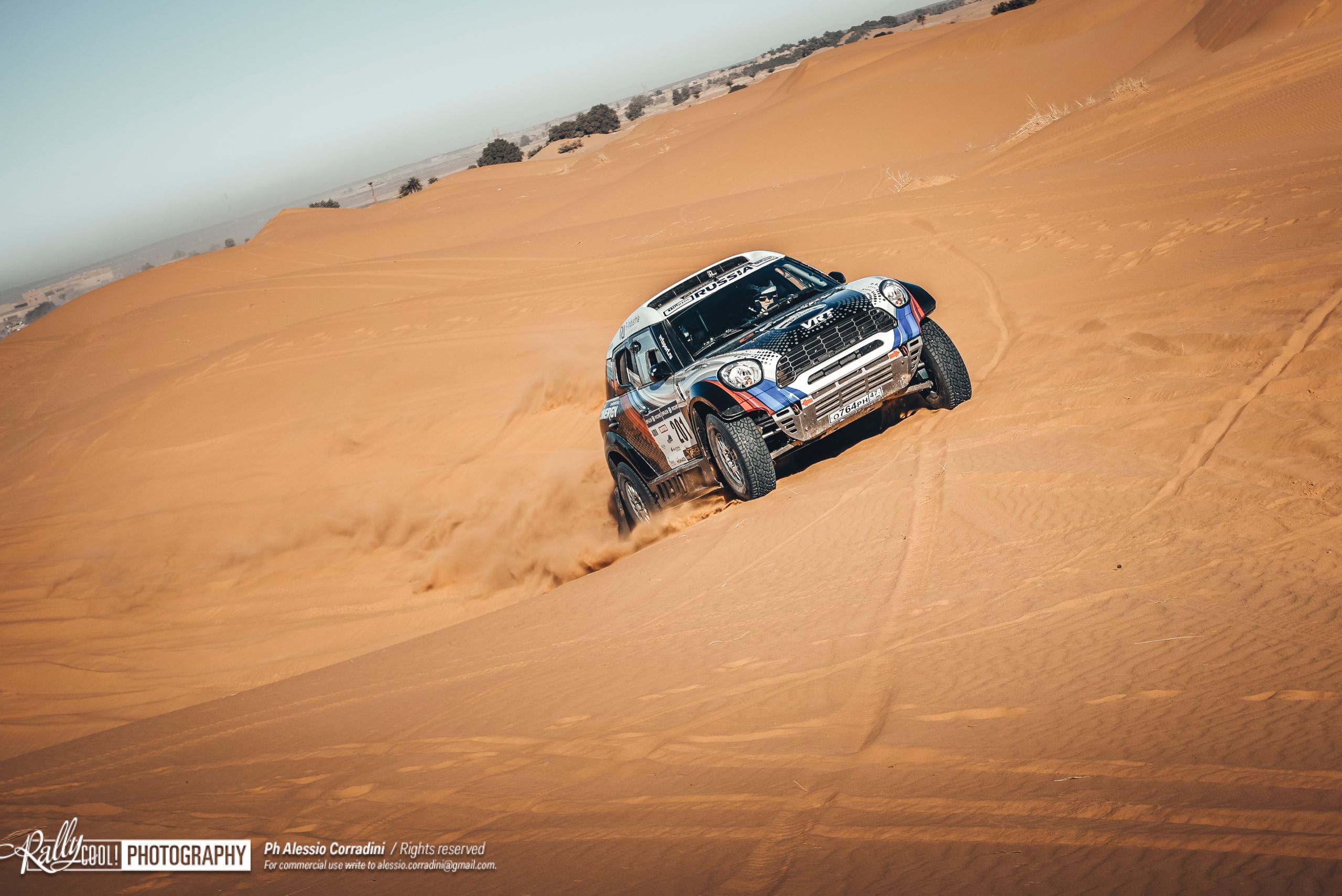 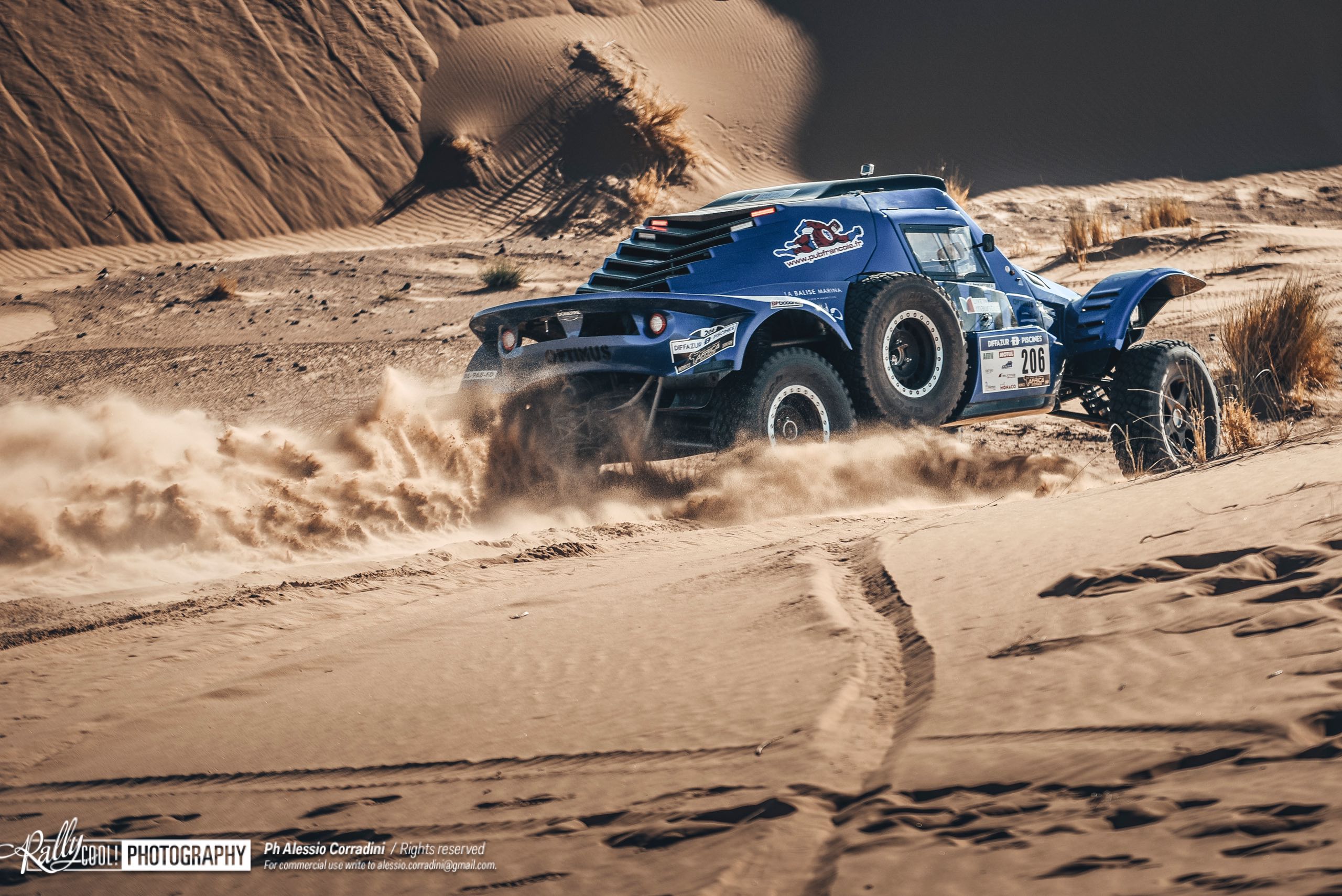 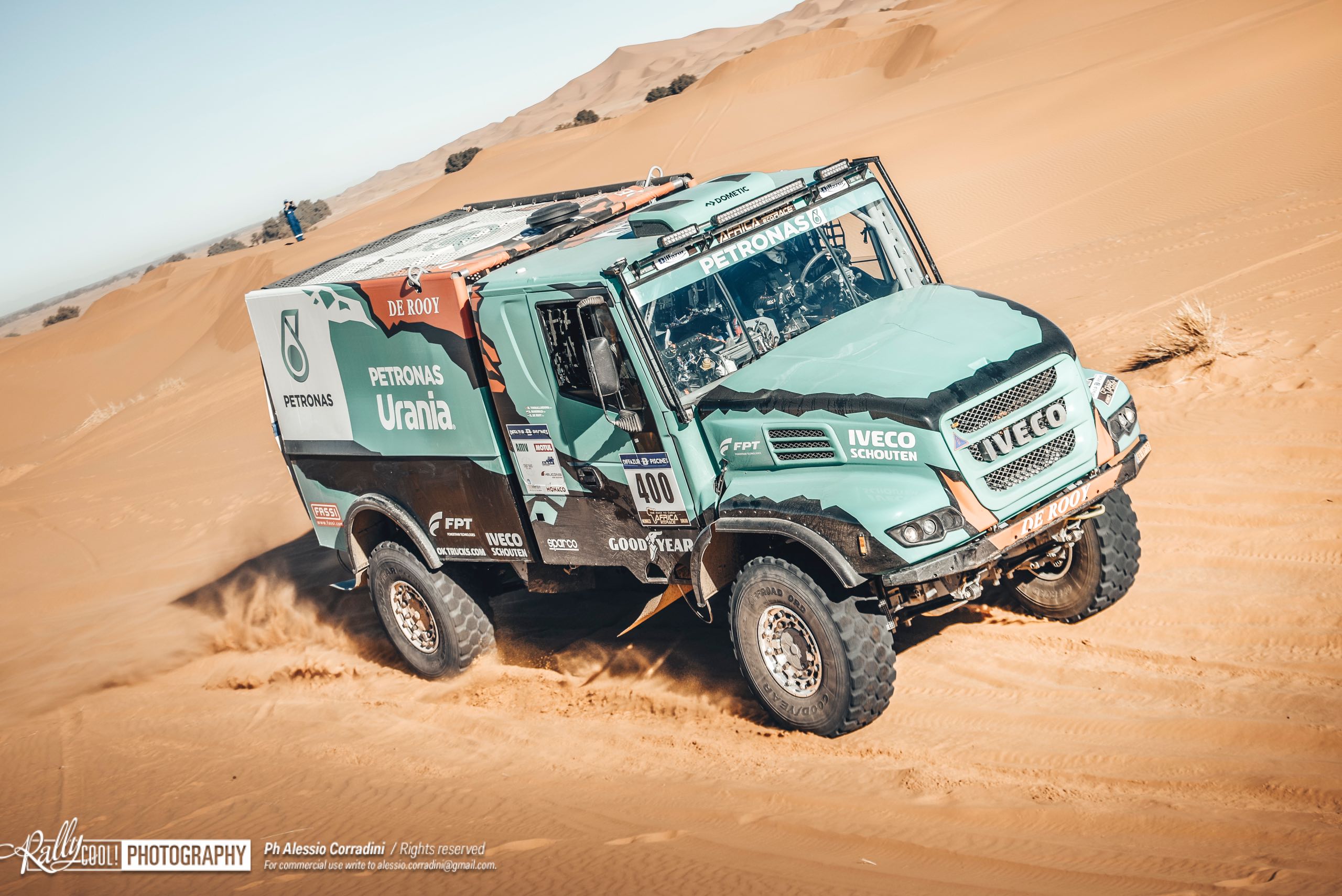 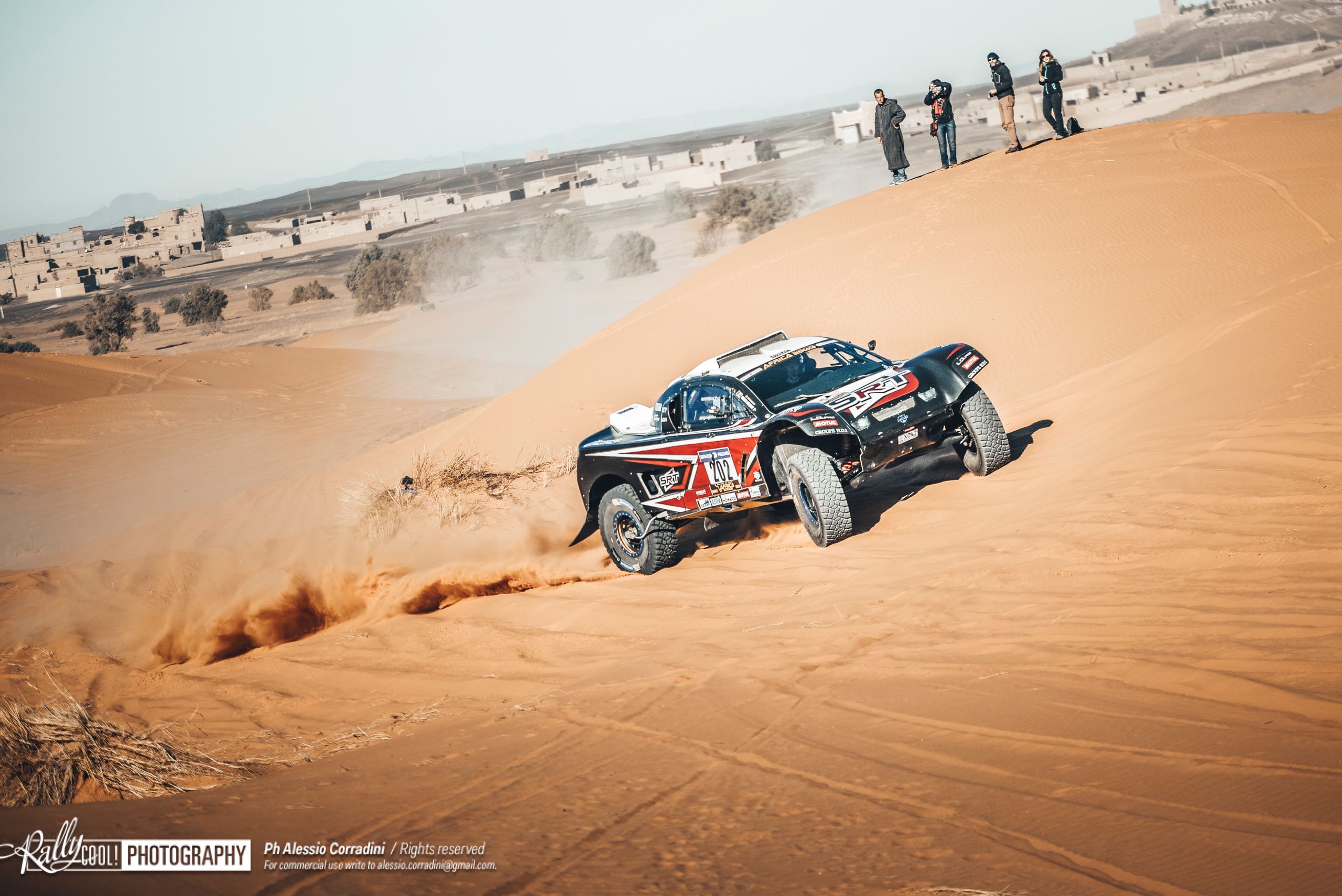 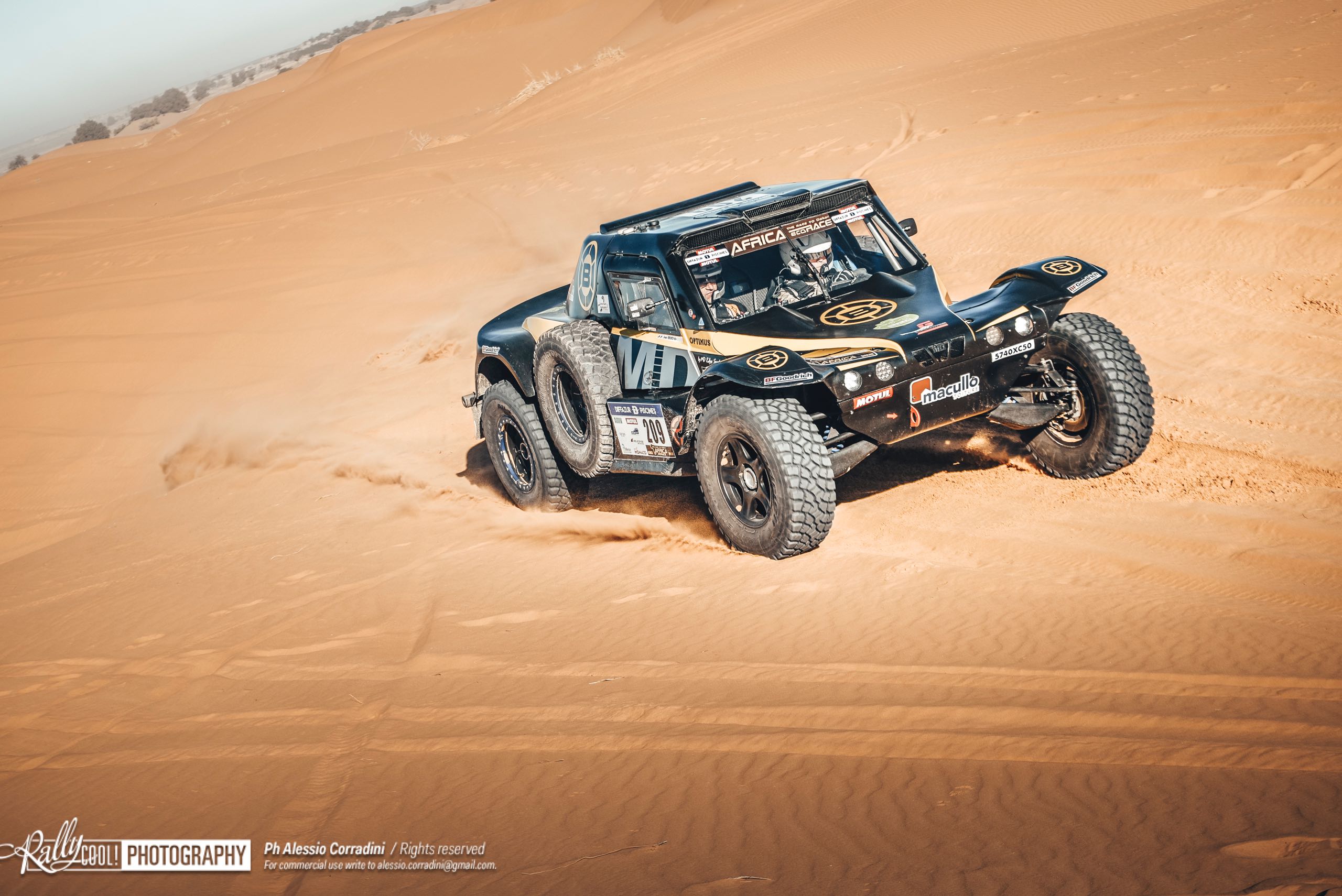 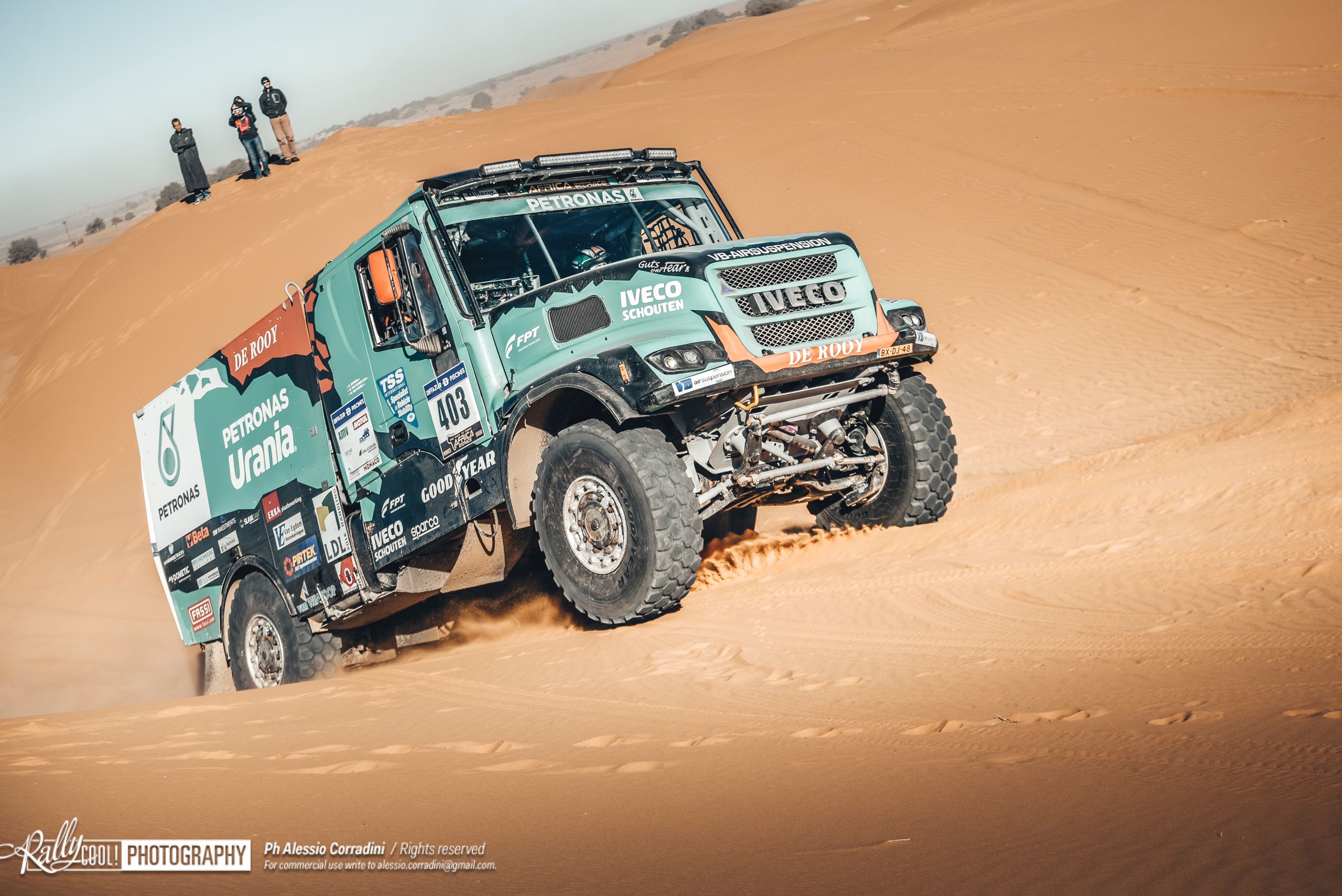 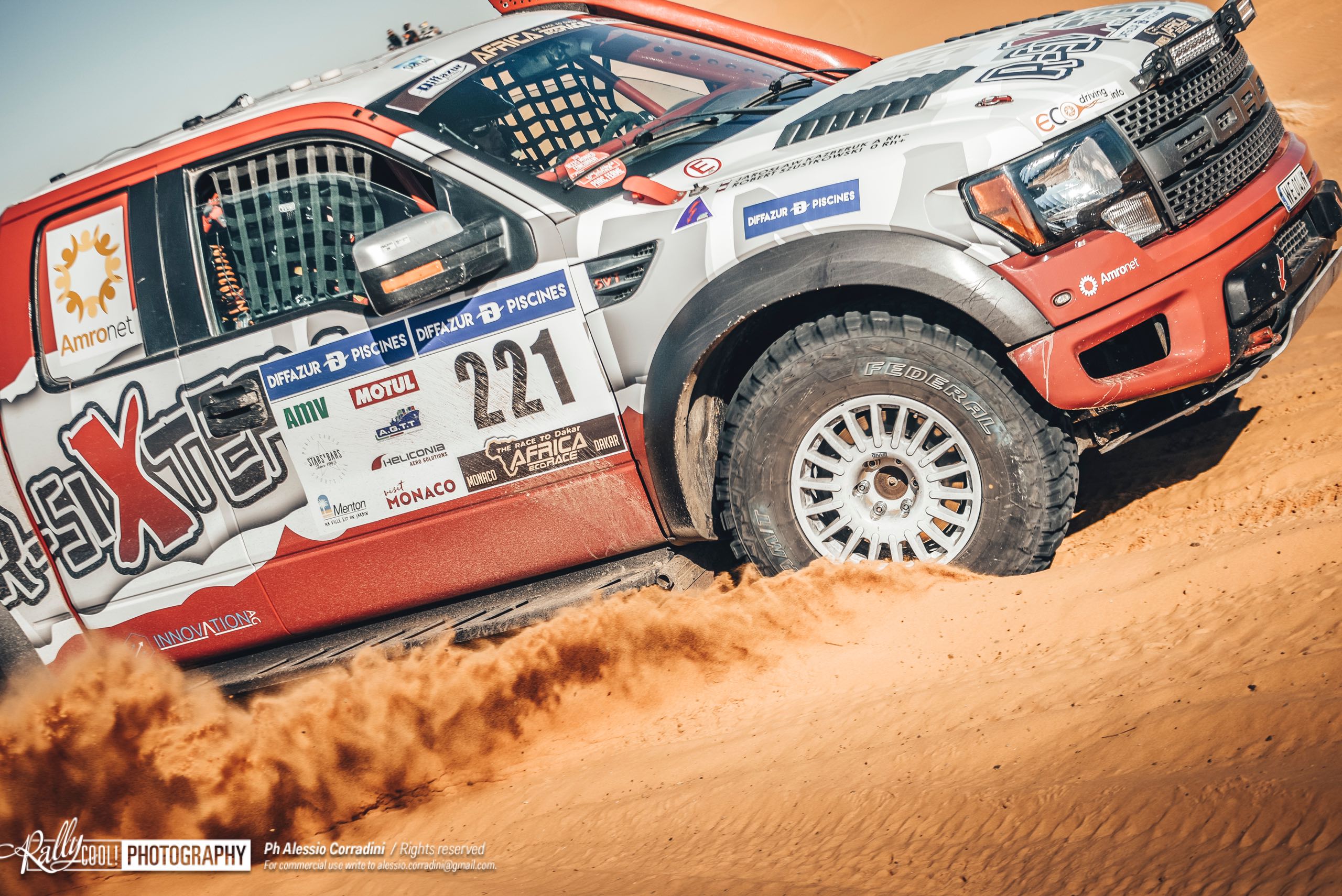 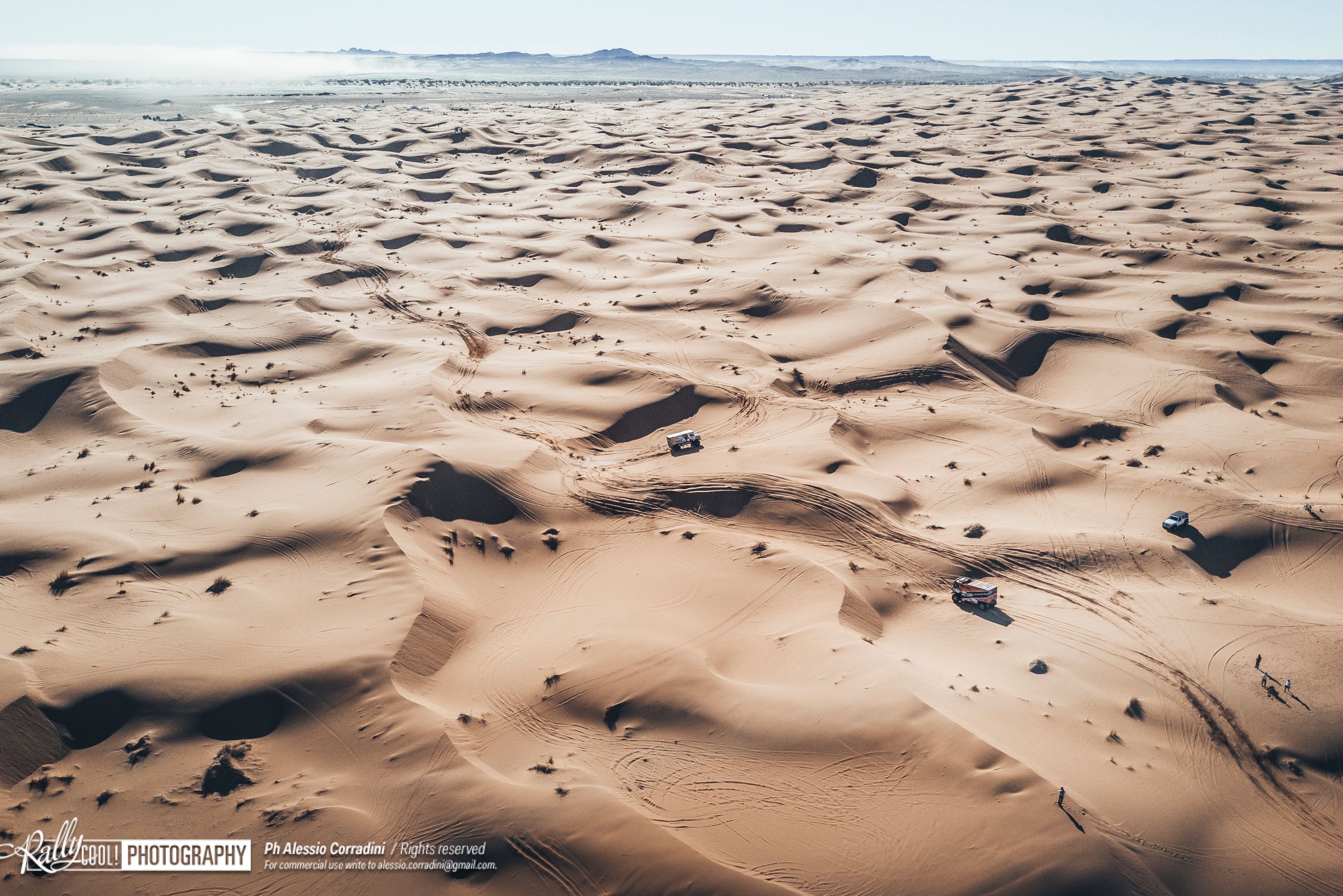 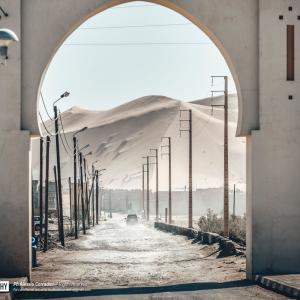 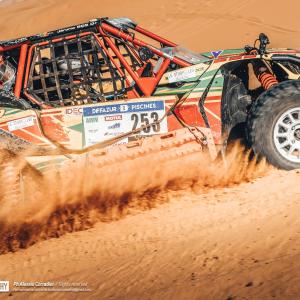 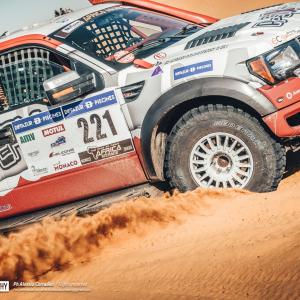 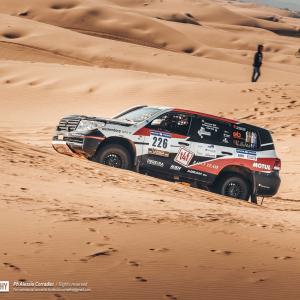 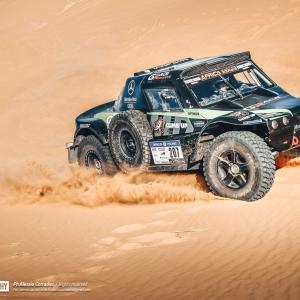