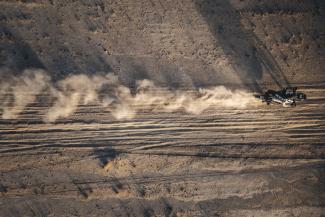 Whether on two or four wheels, those who will emerge from today's special stage, a 456 km loop around Ouad Naga, will undoubtedly be heroes. Indeed, it was by all accounts the most difficult stage since the creation of the AFRICA ECO RACE in 2009. Why? Quite simply, because the course was 100% sand with a lot of dunes, all at temperatures reaching up to 50 degrees. However, almost everyone who started today will be at the finish this evening. A testament to the level of the remaining riders in this 2022 edition. 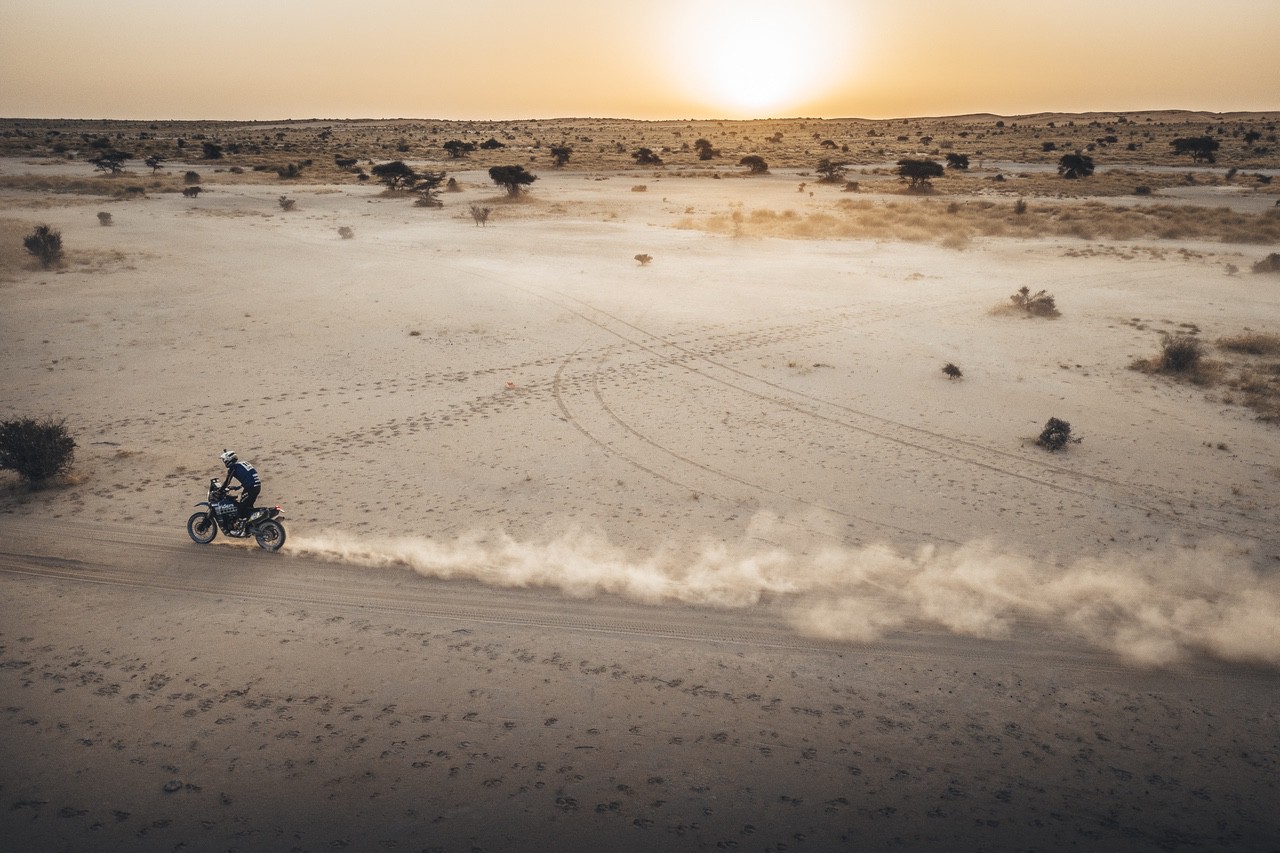 Stefan SVITKO makes the powder talk on his bike

"It was the most beautiful special stage of my career in cross-country rallies! A dream for any motorbike rider! These were the words of Stefan SVITKO at the finish of the stage. The Slovakian won the stage on his KTM, with a lead of 00:07:27 over the HUSQVARNA of Italian Maurizio GERINI. Pal Anders ULLEVALSETER, also on a KTM, finished third at 00:14:47. The Norwegian was 58 seconds ahead of the YAMAHA of Spaniard Pol TARRES, while Frenchman Xavier FLICK, who opened the track this morning on his HUSQVARNA, was fifth 13 seconds behind. The British rider Robbie WALLACE, always there on his KTM, in 6th position, just in front of the Italian Alessandro BOTTURI on his YAMAHA, back at the front after a night and a day of troubles in the recovery truck. But on this unforgiving stage, there are some riders worthy of particular note, like the Frenchman Stéphane GRIGNAC who accompanied the rider Francesca GASPERI all day long. In tears at the finish, the Italian rider admitted that without him, she would never have finished. They finished respectively 19th and 20th. Hats off also to Laurent COCHET who also came back to the race after two days at the back of the rally. The French motorcycle journalist went all the way to the finish, accompanied by two other riders, namely Damien DEROCQ who, at 49 years of age, is taking part in his first Cross Country Rally and also the Belgian Jean Louis BLANPAIN who was returning to the AFRICA ECO RACE after retiring with a serious injury a few years ago. All three encouraged each other and managed to make it out of the Mauritanian furnace. That is the spirit of the AFRICA ECO RACE!

In the general standings, Stefan SVITKO seems to have the upper hand and, barring a problem on the last stage, could be the next winner of the event. He has 00:53:02 on Maurizio GERINI and 02:21:58 on Xavier FLICK, still leader of the MOTUL EXTREME RIDER category, without assistance other than that provided by the organisation. 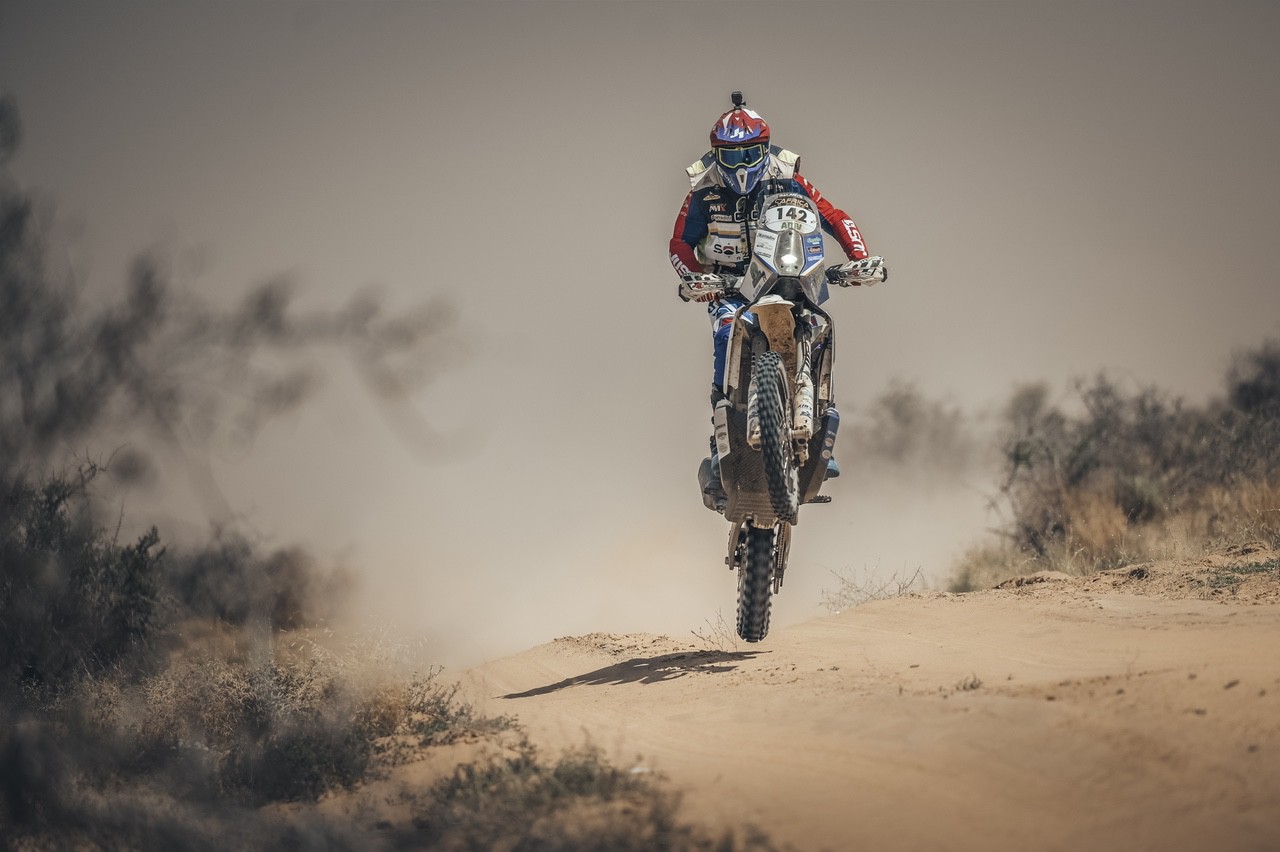 Magnificent victory of Eric SCHIANO and Camille POURCHIER in car

Once again, it was a vehicle from the SSV EXTREME RACE category that won today. It is the POLARIS of the Franco-Nigerian Eric SCHIANO and Camille POURCHIER. These newcomers to the AFRICA ECO RACE and to the discipline won the first special stage of their young career. They are ahead of David GERARD and Pascal DELACOUR who crossed the line towing their team-mates Philippe GOSSELIN and Christophe CRESPO, who had problems with their gearbox. We can therefore consider that the two vehicles of the Team "Les fous du volants" are equal. A bit of good luck for this group of friends who were absolutely determined to win the special stage as a tribute to their team-mate and friend Dominique LAURE, who passed away one year ago to the day. They could not decide between them for the victory on their OPTIMUS Buggies and that's perfect!Behind them, the Dutchmen Rudy VOLLEBREGT and Gert TRAA put their CAN AM in 4th place ahead of the Frenchmen Philippe CHAMPIGNE and Bruno ROBIN, now back in business.

Overall, Philippe GOSSELIN and Christophe CRESPO are still in the lead with 07:02:44 ahead of Jean DAGHER-HAYECK and Patrick ANTONIOLLI. On the 3rd step of the provisional podium, we find Laurens MEIJER and Robbert VISSER at 08:28:35 of the leaders. Again, barring a catastrophe, there shouldn't be many upsets. 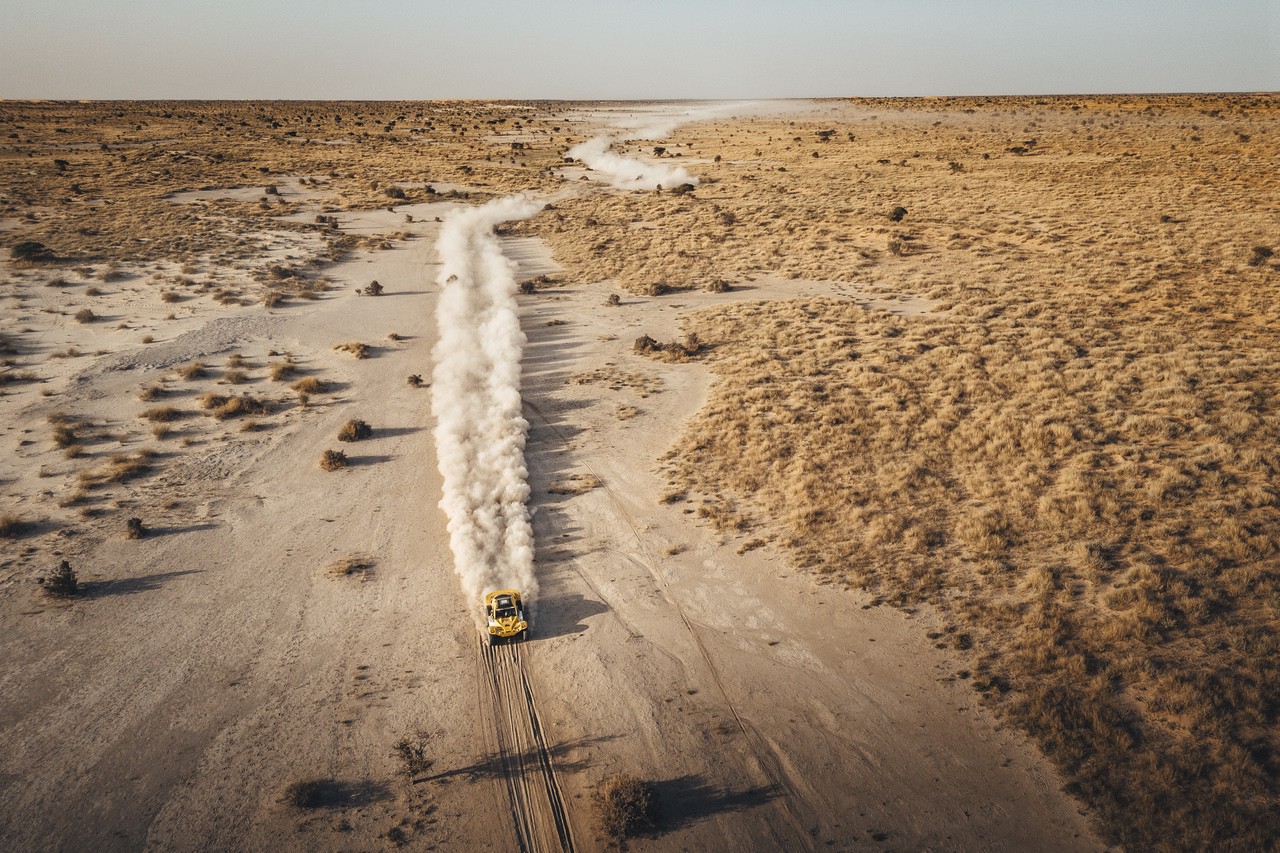 Tomorrow, after the cancellation of the Senegalese special stage due to the recent heavy rains which made the route impassable in too many places, there will be a 122 km special stage in Mauritania. A selective sector that is not obvious since the presence of dense vegetation could mean that the tracks are not always visible. So be careful right until the end to avoid losing it all on the last day and see you at the MPAL bivouac in Senegal where families, friends and partners will be present to welcome, as should be the case, the heroes of this 14th edition of the AFRICA ECO RACE.