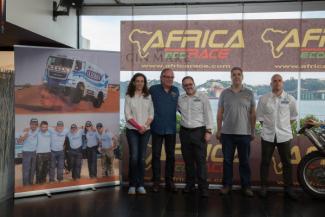 June 2nd, took place at the IN Café in Lisbon, the press conference of the 9th edition of the AFRICA ECO RACE®, which will take place between 29th of December 2016 and 14th of January 2017.

The presentation was attended by the Directors of the Portuguese Federation of Automobile and Karting as well as the Motorcycle Federation of Portugal, pilots, navigators and various medias.

Jean-Louis SCHLESSER, the race organizer, has revealed all the different aspects and the general characteristics of the race and the news of the 9th edition of the rally.

The administrative and technical scrutineering will take place in Monaco, temple of motorsport, Thursday 29th and Friday 30th of December 2016. This is only possible with the Principality's Government support.

The official start will be given on the harbour, next to the Formula 1 Paddock, in the late morning on the 31st of December.

Just after, they will head towards Sète where competitors will board on the ferry that will transport the whole caravan to Nador in Morocco.

The crossing of the Mediterranean sea will be over two nights and a day, which will be the opportunity to celebrate new year’s eve, unlike previous years, when competitors were already competing.

Arrival in Nador is scheduled for the morning of Monday, January 2nd 2017, then will be given the start of the 1st stage.

From January 2nd to January 6th will happen the 5 stages in Morocco. Jean-Louis SCHLESSER said the bivouacs will be placed slightly differently then the previous years.

The rest day will once more on the beach of Dakhla right on the Atlantic's edge, where competitors can recover some energy and take care of their machines, a good way to prepare for the difficult stages in Mauritania which will be crucial for the final results of the rally.

Six stages will take place in Mauritania of which two loops. 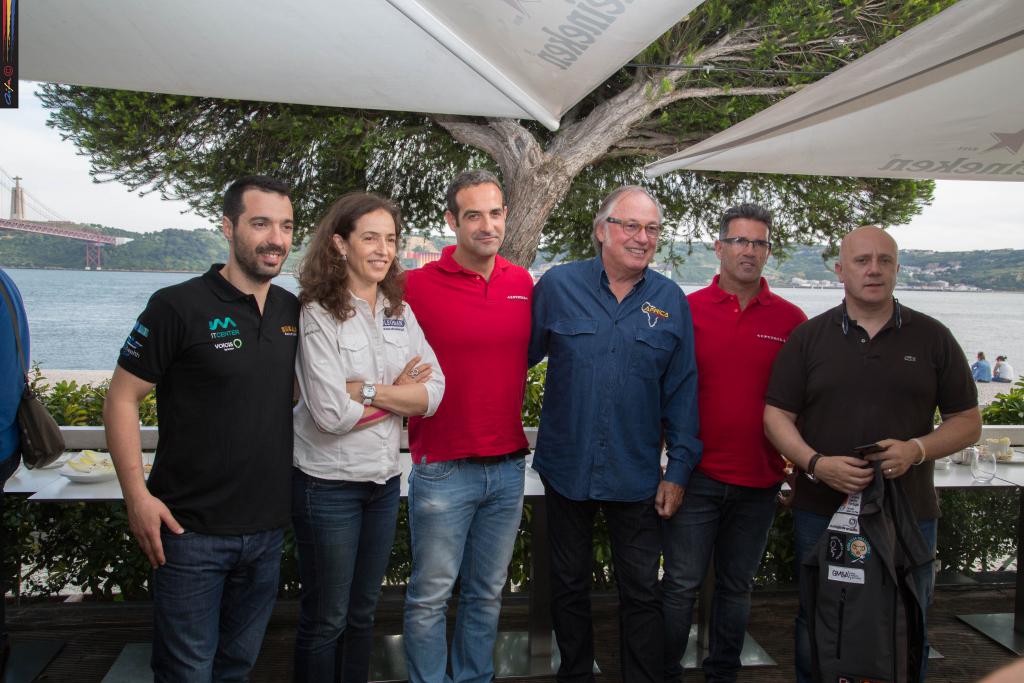 After the last bivouac in Saint Louis, Senegal, and in order to maintain the tradition, the finish of this great adventure will take place on Saturday January 14th 2017 once again on the mythical Lac Rose shore.

Jean-Louis SCHLESSER said that for the organization of the AFRICA ECO RACE®, it is very important to highlight navigation, usability, sportiness and mutual support among participants.

Safety is a priority for the organization. During the race, she made every effort to ensure that no competitor will be abandoned, left to their fate, allowing them to continue to make specials until the end of the rally, even if they have no chance to get a good classification. The goal of the organization is not to exclude competitors, but brought in Dakar, enabling a large number of participants to fulfill a dream and live an extraordinary adventure.

The organizers explained that the basis of the Rally Raid, are large areas where driving and navigation are equally important and have a good team is fundamental. 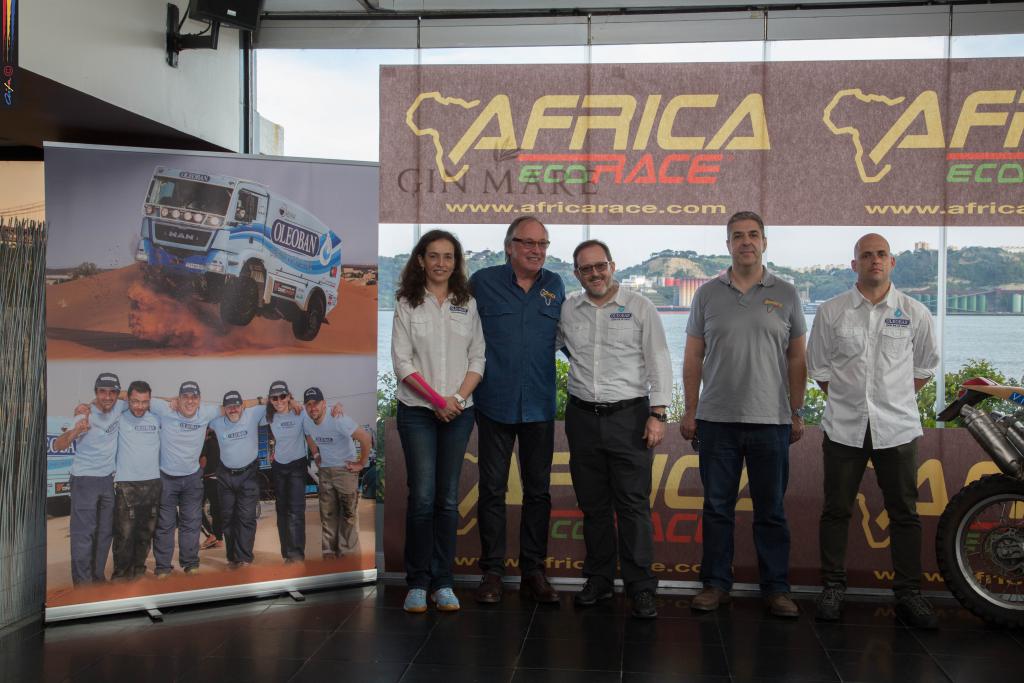 Jean-Louis SCHLESSER has referred to the great Portuguese delegation composed of six bikers. 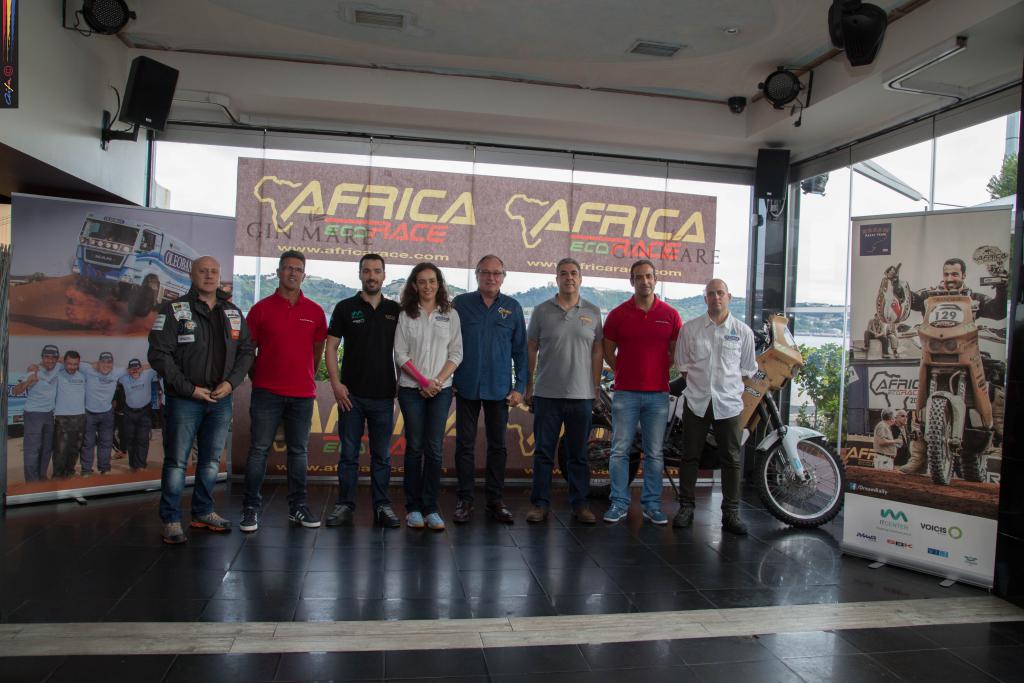 There is still the possibility of an interest in the car category with drivers Paulo FERREIRA and Alejandro MARTINS with two Toyota Hilux Overdrive.

If that happens, it would be the first time that we would have represented Portugal in the three categories. 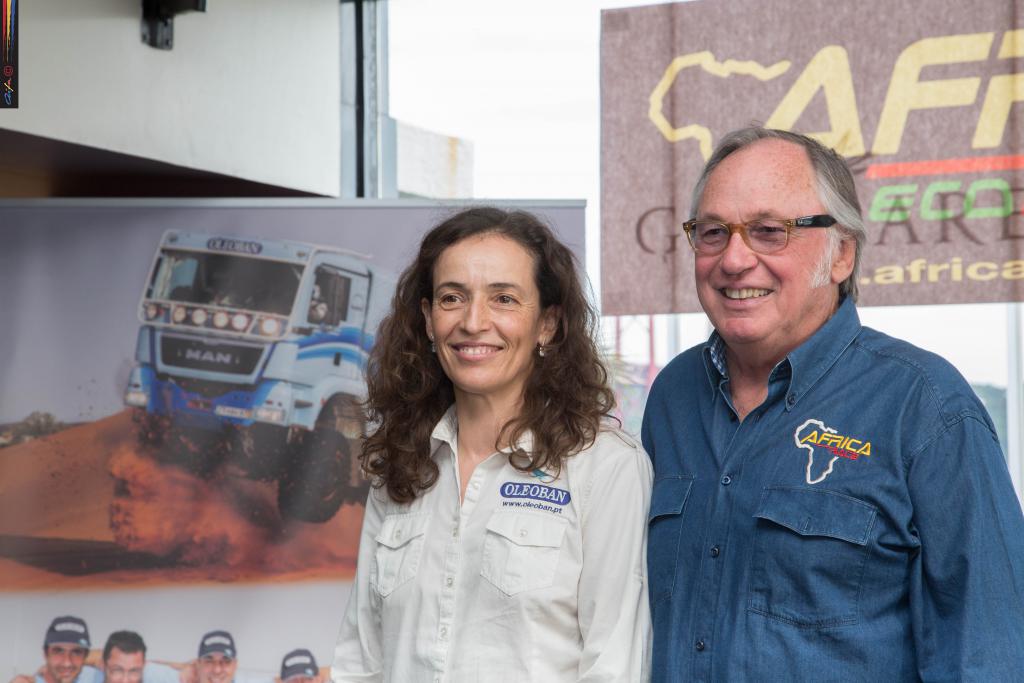