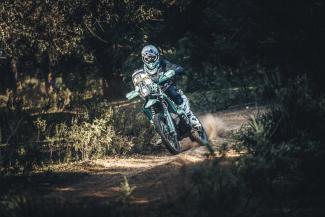 After a pleasant day of rest in the sun, on the edge of the Atlantic Ocean in Dakhla and the traditional dinner composed of steaks and roasted potatoes, a short night awaited the participants of the AFRICA ECO RACE ® since it was at 4:30 am that breakfast was served. An unusual schedule for a day punctuated with a 350 km link to the Mauritanian border and then a 176 km special between Arzmeila and Chami, a village on the road to Nouakchott. A big day for everyone, organization, assistance and competitors and ultimately new faces under the cameras of the AFRICA ECO RACE ® TV production team. 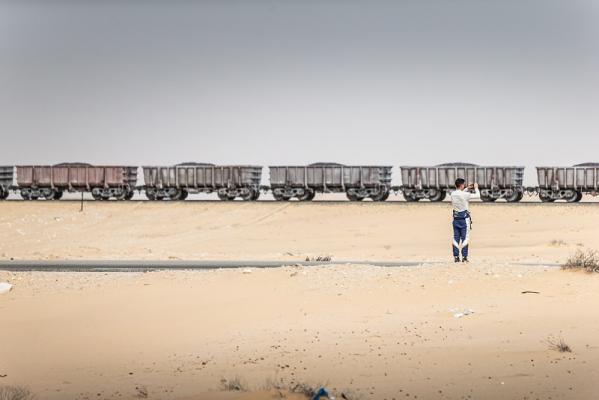 On a motorcycle, this is a historic day for the AFRICA ECO RACE ®, since for the first time in 12 years, an Australian won the special. Indeed, Matt SUTHERLAND imposes his KTM before the HONDA and HUSQVARNA of Giovanni GRITTI and Paolo LUCCI. The two Italians are ahead of the two Polish riders Pawel STASIACZEK and Konrad DRABROWSKI. 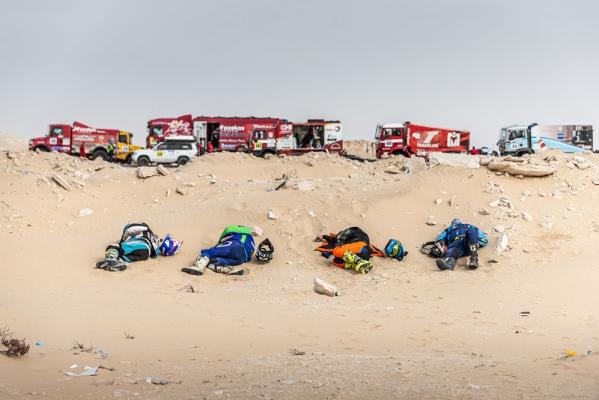 The Frenchman Norbert DUBOIS takes a superb 6th place on his KTM, ahead of the American Michael JOHNSON on KTM and his fellow patriot Amaury BARATIN also on KTM and first in the MOTUL XTREME RIDER category. The KTM of the Polish Jacek CZACHOR and the HUSABERG of the Swedish Anders BERGLUND complete the top 10 at 00:06:25 of the winner. Note that none of the top three overall are at the forefront of the day's race since Lyndon POSKITT is 12th, Pal Anders ULLEVALSETER is 15th and Alessandro BOTTURI is only 20th. 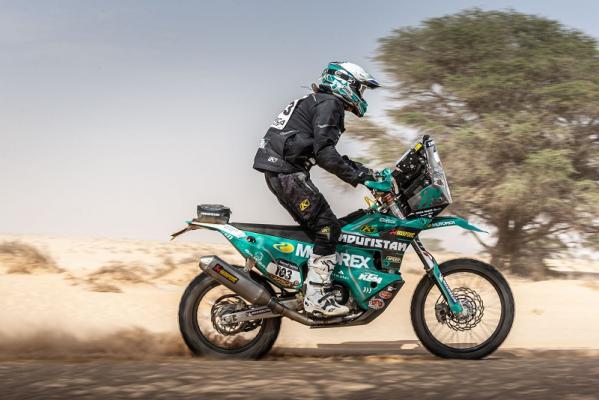 Nothing abnormal since on the one hand they opened the track and their tracks served well for their comrades who, unlike them, did not struggle. On the other hand, they started their little chasing game which is to be the lowest ranked compared to their direct opponent, in order to be sure to leave behind on the next stage. On his YAMAHA, BOTTURI is the one who fared best because he will go far enough behind the two KTMs of POSKITT and ULLEVALSETER, knowing that the Norwegian is only 00:02:05 behind the Italian in the provisional general. 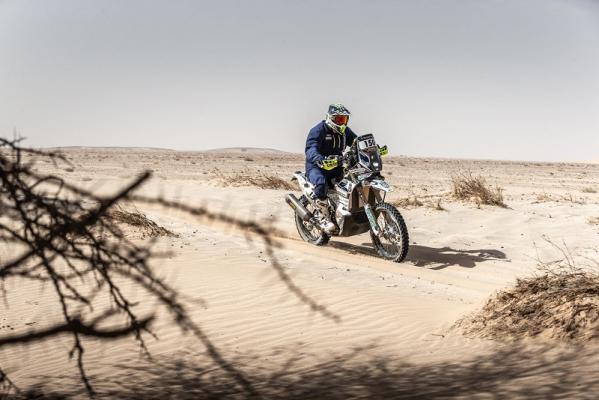 On four wheels, the Tarek MERCEDES from Patrick and Lucas MARTIN won the scratch today. The French are ahead of the IVECO truck of the Belgians Igor BOUWENS, Ulrich BOERBOOM and Fris DRIESMANS, pointed at 00:02:29. The SCANIAs of Miklos KOVACS, Lazlo ACS and Peter CZEGLEDI, faced with engine shutdown problems, finished 3rd at 00:07:40. The Hungarians are ahead of their compatriots Karoly FAZEKAS, Albert HORN and Peter CSAKANY at 00:09:37. 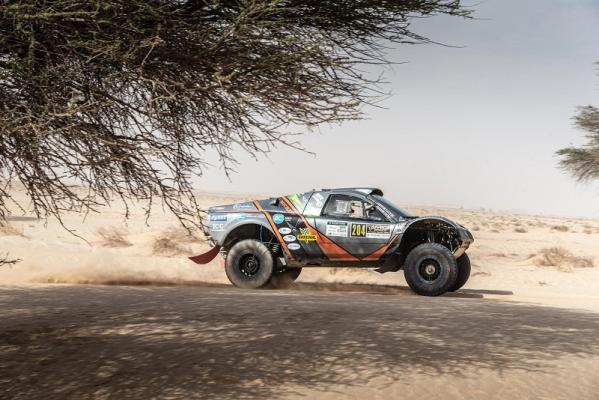 As on a motorcycle, at the start of the rally in Mauritania, new names appear at the top of the classification for the stage of the day. Bernard TOUZERIE and Frédéric GANACHE place their OPTIMUS Buggy in 5th position, just ahead of Alexandre and Eric COQUIDE on their NISSAN. By finishing 7th, Jacky LEICHLEITER and Francis LAPP obtain a result in line with the potential of their brand new MERCEDES Buggy in the colors of SUNREEF YACHTS.

The French are ranked in front of the MAN truck of the Belgian Noël ESSERS, Marc LAUWERS and Tijs VRANKEN and the GINAF of the Dutch Aad and Michel VAN VELSEN and Marco SIEMONS, who enter the top 10 for the first time since the start of this 2020 edition. The man from the Netherlands Sander DERIKX, solo pilot on an SSV CAN AM, finishes 10th at 00:14:06, while the French Alexandre DEBANNE and Patrick LARDEAU point in 14th position, just in front of the other CAN AM X3 of Philippe CHAMPIGNÉ and Bruno ROBIN, authors of their first special stage podium in the SSV XTREME RACE category. The struggle of the day is to the credit of Yves and Jean FROMONT. In 2nd overall overall this morning, the Tarek MERCEDES was forced to leave the special after CP due to a mechanical problem. 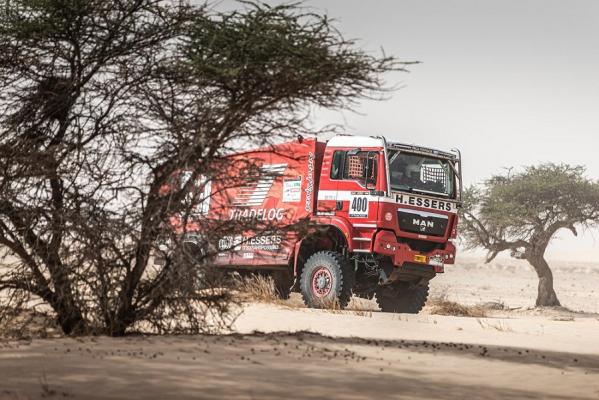 In the general Auto, Truck, SSV classification, Igor BOUWENS is still in the lead with IVECO ahead of Patrick MARTIN on the Tarek at 00:06:33 and Miklos KOVACS driving his SCANIA at 00:16:19. In the various categories, Noël ESSERS is still 3rd in trucks on his MAN, with less than 8 minutes ahead of SCANIA by Karoly FAZEKAS. Both will have to be wary of the return of TATRA by Tomas TOMECEK, now less than 30 minutes away. 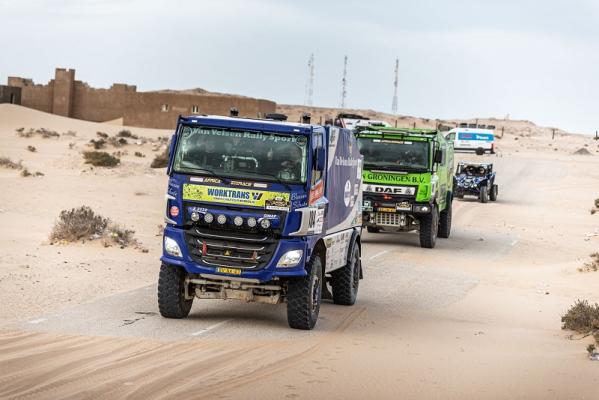 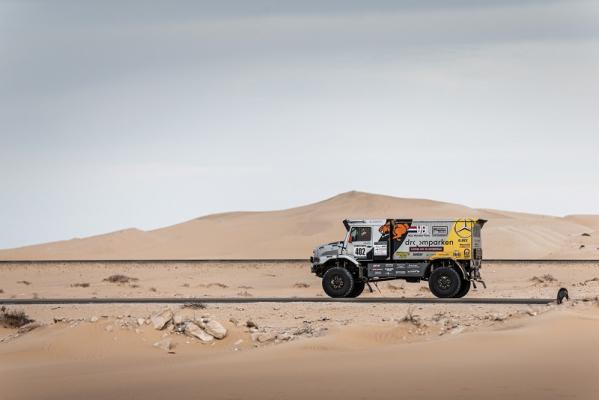 In Auto, Alexey TITOV and Dmitry PAVLOV are now 2nd with their powerful FORD Raptor. The Russians dominate the T2 category. The English Alex COLE and Emma OSMAN are 3rd in the Auto category and 1st in the OPEN classification with their BOWLER. 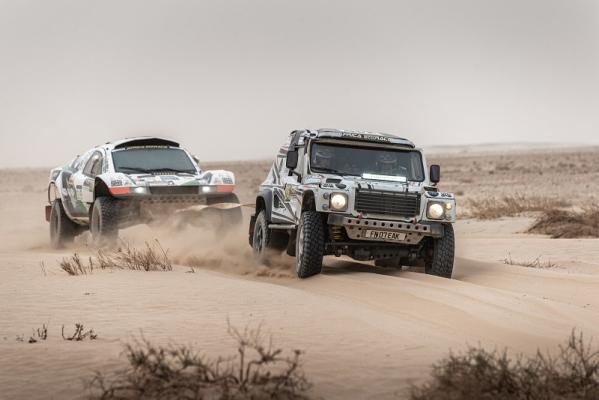 In the SSV XTREME RACE category, occupying 7th place in the provisional general, Benoit FRETIN and Cédric DUPLÉ are still leaders ahead of Loïc FREBOURG and Franck BOULAY at more than one hour and Patrice SAINT ETIENNE and Jean-Pierre SAINT MARTIN at more than 2 hours. 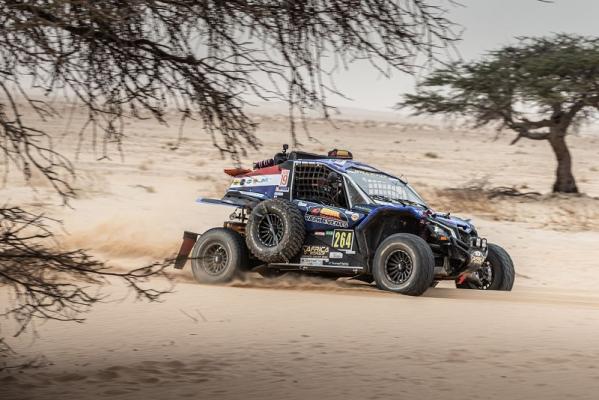 Tomorrow, the special stage 7 between Chami and Aidzidine, 478 km long, will be the first big piece of this Mauritanian week with a lot of navigation and the first strings of dunes which could be complicated to cross 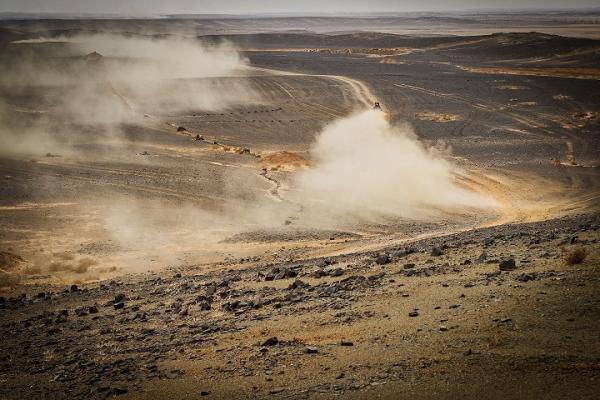