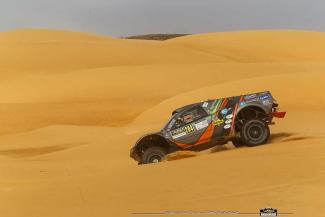 The management of the AFRICA ECO RACE ® announced last night at the Aidzidine briefing, this 8th stage would be one of the most beautiful but also one of the most difficult of this 12th edition. They were right because at 19:00 Mauritanian time, only about thirty motorcycles and about fifteen cars, trucks and SSV had returned to the bivouac. Knowing that the first bikes had started at 7:30 this morning and that the special was 429 km long, it is easy to imagine the difficulty of the course consisting of sandy tracks, wadis and dunes cords, all in the heart of breathtaking scenery. In fact, a true African step in the pure tradition of AFRICA ECO RACE. 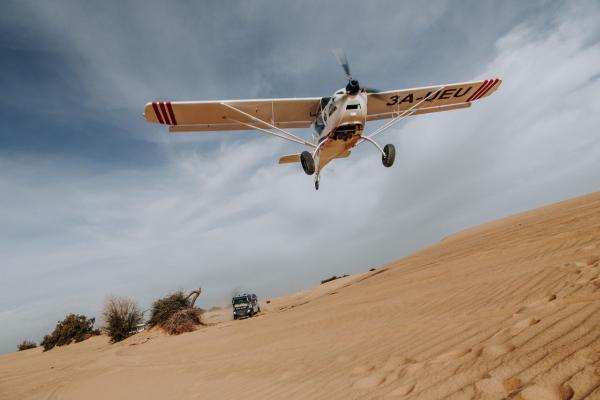 You had to see the smile of Lyndon POSKITT at the finish planted 5 km from Tidjikja, a city located to the east of a region considered the most beautiful in the country. Indeed, the Briton had just won what he described as the most beautiful and hardest stage of his career as a Rally All Terrain driver. In total, more than 8 hours of motorcycling on courses with all the difficulties encountered in the discipline and therefore, a superb performance for the rider of the KTM No.100. The English adventurer wins for 00:02:15 ahead of the amazing Italian Giovanni GRITTI on HONDA. In 3rd position, we find Pal Anders ULLEVALSETER who tried everything to escape today. It almost worked as the Norwegian was 15 minutes ahead of Alessandro BOTTURI in the refueling. Alas, the KTM rider then gardened and was joined by his little comrades with whom he rode until the finish. Among them was BOTTURI, who put his YAMAHA in 4th position at 00:02:01 of ULLEVALSETER on whom he still has a lead of 00:02:05 overall. 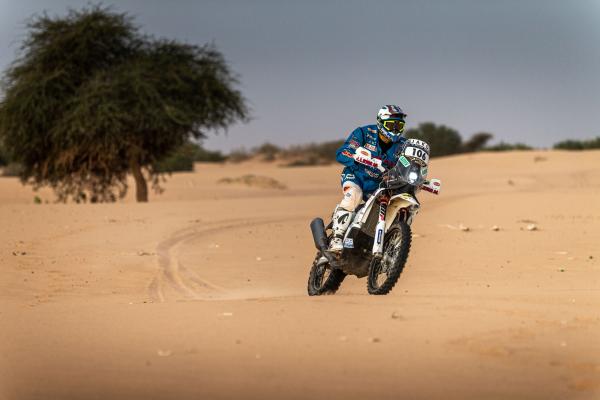 Suffice to say that nothing is yet played between the two men. Bad operation on the other hand for the Italian Paolo LUCCI who, finishing 5th at 00:13:58 of POSKITT, loses his 3rd place provisional. 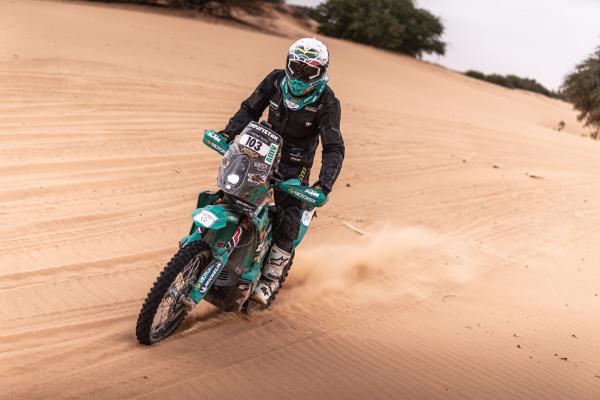 Australian Matt SUTHERLAND was very marked at the finish but he quickly regained his smile when the stewards announced to him that he was the 6th biker to cross the line. As always in the hard, the Slovak Martin BENKO showed efficiency by finishing 7th at just over 30 minutes. He is ahead of the American Michael JONHSON, author of a real performance and the amazing Mexican Juan Pablo GUILLEN, 1st of the bikes over 450 cm3, as friendly as effective on a motorcycle. Poland's Pawel STASIACZEK rounds out the top 10. In the MOTUL XTREME RIDER category, Sweden's Anders BERGLUND finished 15th and now he is well placed at the top of the category of riders with motorcycle trunks since he is 10th overall. 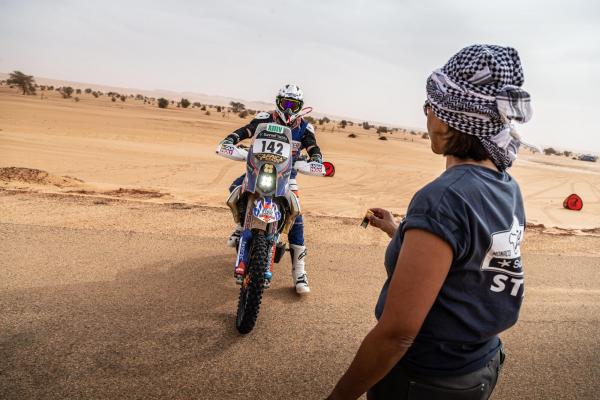 On four wheels, the special was even longer than on a motorcycle as the best time is 08:19:17. The author of this time is an extraordinary winner since it is Geoffroy NOEL DE BURLIN. The word extraordinary is not too strong for several reasons. First of all, this 40-year-old Belgian driver drives a "small" SSV POLARIS. Then he drives solo, that is, without a co-pilot. Finally, he's a paraplegic. The feat is all the stronger because it was a particularly difficult special from which many able-bodied and crewed people will only go out at night. Behind this aliens, at 00:01:04, we find another SSV namely the CAN AM X3 of Loïc FREBOURG and Franck BOULAY, who came out in the lead but penalized 12 minutes for a sports problem with refueling. 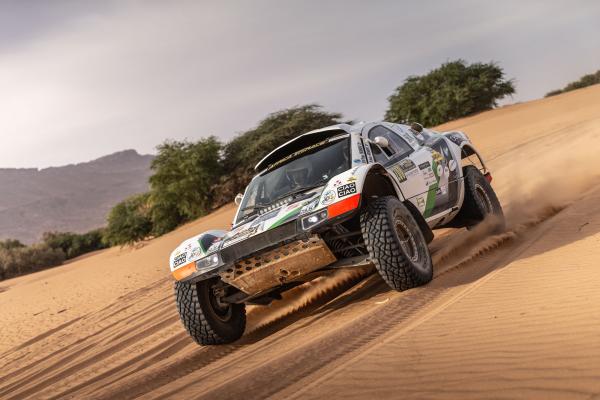 In 3rd position, we find Patrick and Lucas MARTIN on their Tarek MERCEDES. The French finished at 00:04:06 and took the opportunity to take the lead of the provisional overall Car - Truck - SSV. It must be said that the trucks, which had been at the top of the table since the beginning of the race, suffered today. Indeed, the Belgians Igor BOUWENS, Ulrich BOERBOOM and Frits DRIESMANS, leaders of the general classification with their IVECO, were victims of a crash from which they took more than 2 hours to get out. Same trouble for the MERCEDES of the Dutch Johan ELFRINK and Dirk SCHUTTEL arrived at almost two hours. 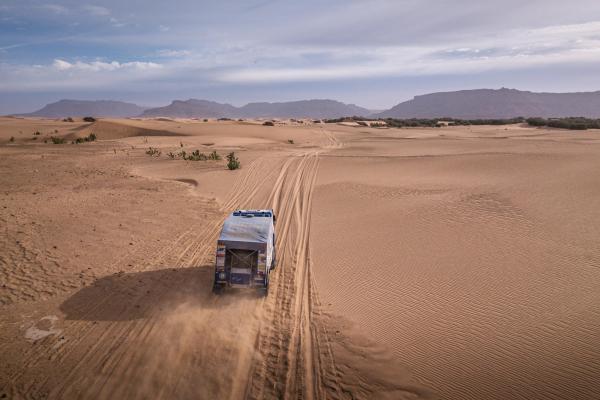 Finally, Belgians Noel ESSERS, Marc LAUWERS and Tijs VRANKEN laid their MAN on the flank. However, they managed to complete the special after being put back on their wheels by an organization's broom truck. As for Miklos KOVACS, Lazlo ACS and Peter CZEGLEDI, they also "tanked" their SCANIA against a huge rock. However, the Hungarians were lucky enough to be quickly out by the other SCANIA of their compatriots Karoly FAZEKAS, Albert HORN and Peter CSAKANY, who signed in the 4th time of the day, ahead of the SSV CAN AM solo of the Dutchman Sander DERIKX. 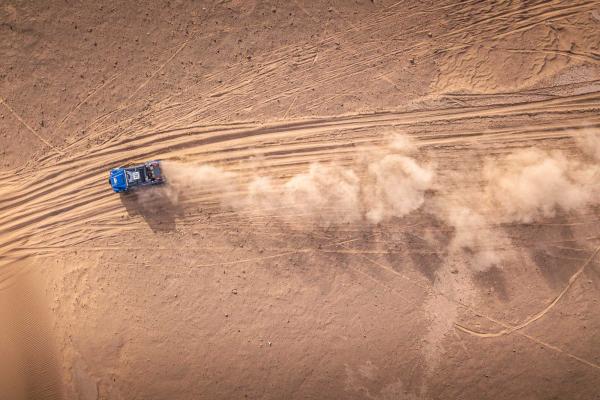 Among the other heroes of this special, the French Patrice ETIENNE and Jean-Pierre SAINT MARTIN placed 6th ahead of their teammates Benoit FRETIN and Cédric DUPLÉ, still leader of the category SSV XTREME RACE. Finally, a word about Tomas TOMECEK. The Czech, solo on his TATRA truck, gave himself the 8th time of the special and he now ranks 4th in the ranking of desert behemoths behind KOVACS, BOUWENS and FAZEKAS. 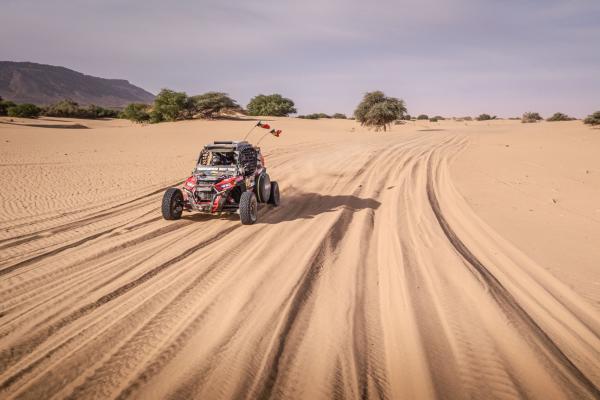 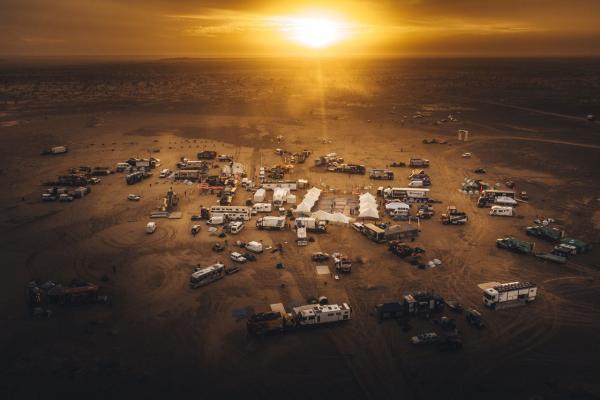 Tomorrow, Thursday, January 16, the audience and the organization will remain at the bivouac located about ten kilometers from Tidjikja since the stage is a loop of 415 km. This will probably be the most beautiful special of the AFRICA ECO RACE ® 2020 in terms of eyes but not necessarily tut rest for machines and men. 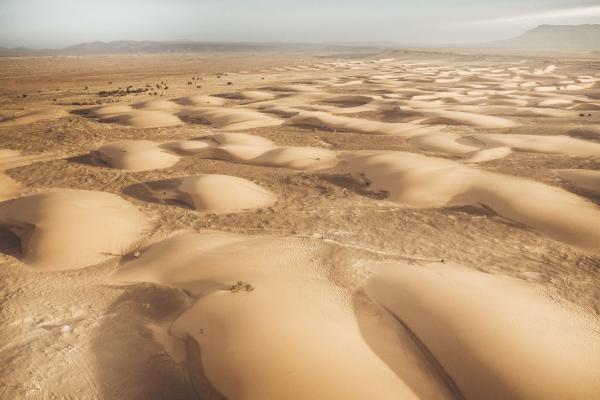