FULL THROTTLE DOWN TO THE SOUTH !

FULL THROTTLE DOWN TO THE SOUTH !

Friday evening, during the briefing at the Smara bivouac, Jean Louis SCHLESSER had announced the special to Wad Assag as being very fast. The boss of the AFRICA ECO RACE ® wasn’t wrong since it took 03:36:03 for the winner on four wheels, at 131 km / h on average, to complete the 473 km. A special course which is not very selective in the heart of monotonous landscapes, but a must to reach the city of Dakhla in the far south of Morocco where the rally caravan will be able to rest tomorrow Sunday. 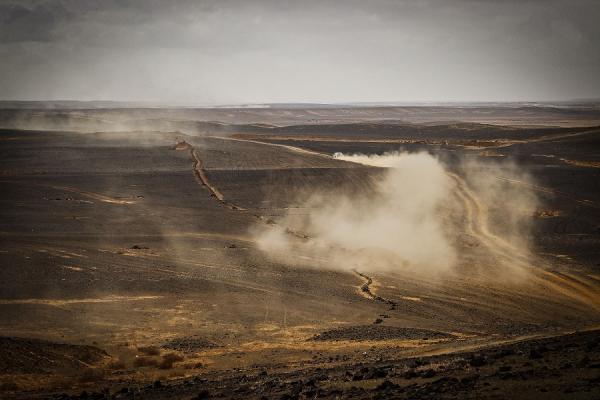 For Alessandro BOTTURI, this final Moroccan stage ended, like the first and the third, by a victory. Starting 5th, the Italian pilot quickly joined Pal Anders ULLEVALSETER, his main opponent. The two men then rode together to the finish, making no navigation errors on flat terrain with a crosswind of 50 km / h. However, they failed to catch Lyndon POSKITT and showed some admiration for him on arrival. 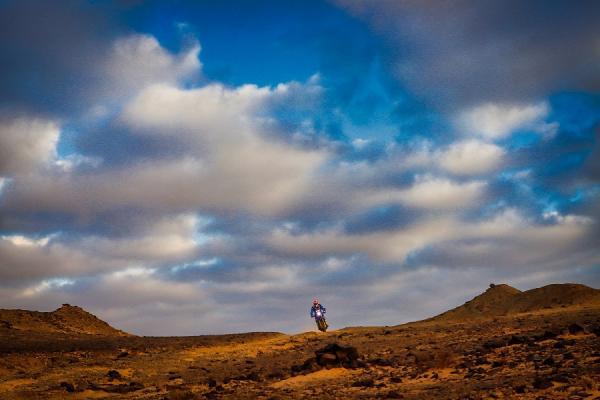 Rightly so since the British adventurer, who drove 200% while navigating perfectly, climbed once again on the 3rd step of the podium of the day behind ULLEVALSETER. The classification at the finish is also that of the provisional general where the YAMAHA of BOTTURI have, after this first week of racing, 00:04:10 in advance on the KTM of ULLEVALSETER and 00:21:06 on that of POSKITT. Behind, we find the Polish rider Jacek CZACHOR, also 4th today and the Italian Paolo LUCCI, 6th in the special, who rode thinking very hard about Fabrizio MEONI since the two men are from the same village. This January 11 marks the 15th anniversary of the disappearance of the immense Italian champion. Among the other animators of the day on two wheels, the young Polish Konrad DABROWSKI won the 5th time, the Slovak Martin BENKO, on the podium of the AFRICA ECO RACE in 2018, is back at the forefront with the 7th time, just ahead of the French Norbert DUBOIS always hefty when it comes to pushing gas. Special mention to the British Roger HAWKINS, 10th in the stage and 1st in motorcycles over 450 cc with a 40-seat lift on the handlebars of his HUSQVARNA. The Italian Paolo CAPRIONI places his big KTM 900 in 12th position while the French Amaury BARATIN, 15th in the scratch, finishes 1st in the MOTUL XTREME RIDER category, dominated for the moment by the Swedish Anders BERGLUND. 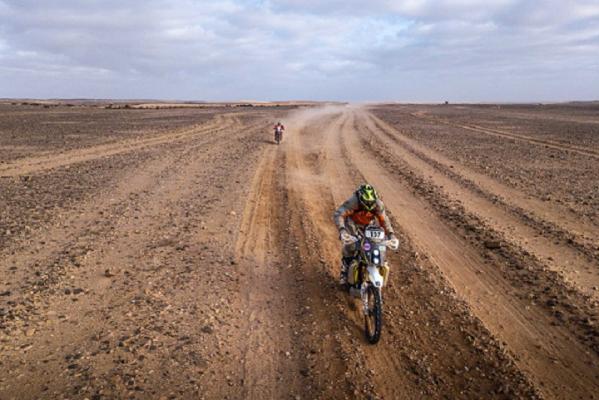 In the Auto - Truck - SSV category, the Belgians Igor BOUWENS, Ulrich BOERBOOM and Frits DRIESMANS sign their 2nd victory in a row. A performance that allows IVECO to now occupy 1st place in the provisional general classification. The trucks which, for the moment, are making life hard for cars on this 2020 edition of the AFRICA ECO RACE since the MERCEDES of the Dutch Johan ELFRINK and Dirk SCHUTTEL obtains the 3rd time, the SCANIA of Miklos KOVACS, Laszlo ACS and Peter CZEGLEDI is 5th, TATRA by Tomas TOMECEK is 7th ahead of  the MAN of Noël ESSERS, Marc LAUWERS and Tijs VRANKEN. In the general, behind BOUWENS, KOVACS is at 00:11:08 and ESSERS at 02:35:41. But the hard part for these desert monsters remains to come and nothing is played.

Cars still manage to pull out of the game and come out on top of the stage. These are the French Patrick and Lucas MARTIN, 2nd today on their Tarek, their compatriots Yves and Jean FROMONT, 4th ahead of the Russians Alexey TITOV and Dmitry PAVLOV with their FORD Raptor T2. Among the other cars to shine in this ultimate Moroccan special, the Italians Stefano ROSSI and Alberto MARCON are 9th with their NISSAN in front of the Hungarians Imre VARGA and Jozsef TOMA on their BMW. In the provisional classification of four wheels, the FROMONT family is 2nd and leader in Auto, ahead of the MARTIN family at 12:09:02 and TITOV at three and a half hours, but at the top of the T2 category. British BOWLER Andrew WICKLOW and Simon ARMSTRONG, 14th overall, led the Open category, just 2 minutes ahead of their compatriots Alex COLE and Emma OSMAN, in the same vehicle.

On the SSV side, finishing in 13th position in the scratch, Kamil RAHAL and Thierry SANCHEZ were the fastest of this 5th special. The Senegalese are ahead of the French Benoit FRETIN and Cédric DUPLÉ, 19th of the day and their compatriots Walid EZZEDINE and Thierry BERRAZ authors of the 22nd time. On the other hand, the day was complicated for Loïc FREBOURG and Franck BOULAY, only 29th, or even Geoffroy NOEL DE BURLIN, 41st and especially Alexandre DEBANNE and Patrick LARDEAU arrived in Dakhla in 43rd position. Suddenly, the general classification is somewhat turned upside down. FRETIN is still leading ahead of FREBOURG while the French Patrice ETIENNE and Jean-Pierre SAINT MARTIN are now 3rd. All drive on CAN AM X3s. In this category also, the sand of Mauritania should be a true justice of peace and anything can still happen. 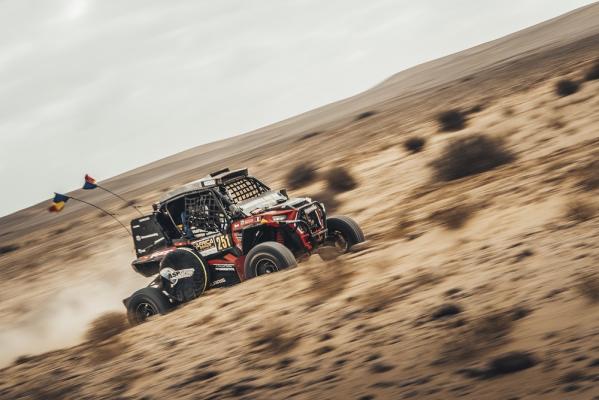 Tomorrow, Sunday January 12, a well-deserved rest day by the Atlantic Ocean will allow the AFRICA ECO RACE ® caravan to breathe. Above all, it was an opportunity to repair men and machines before the rally took place in Mauritania on Monday. 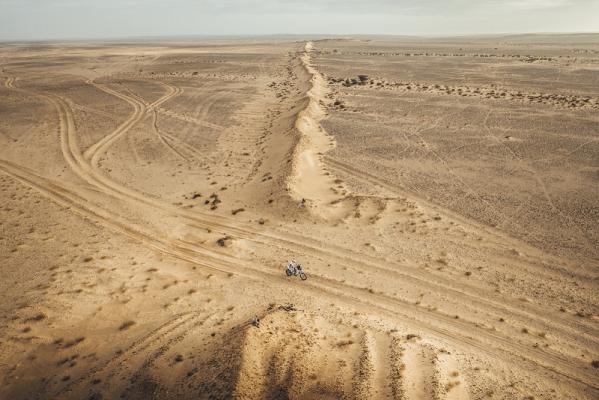