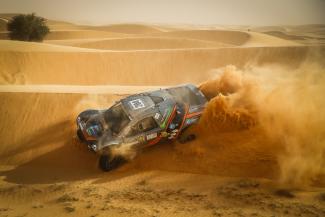 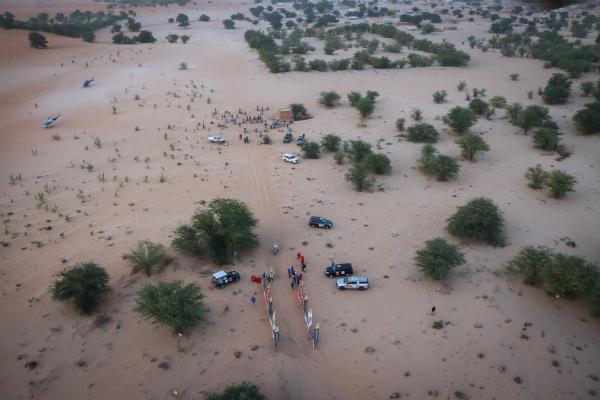 The last 187km special stage between Idini and Teverit crossed sandy tracks and included a few dunes and dunettes. It was, once again, well received by the survivors at the AFRICA ECO RACE® 2020.

The stage offered a real driving treat but had no effect on the general classifications this year. There was, therefore, good humour and spirit on the finish line, situated at the edge of the Erg at the village of Teverit, around 30km from Nouakchott in Mauritania. 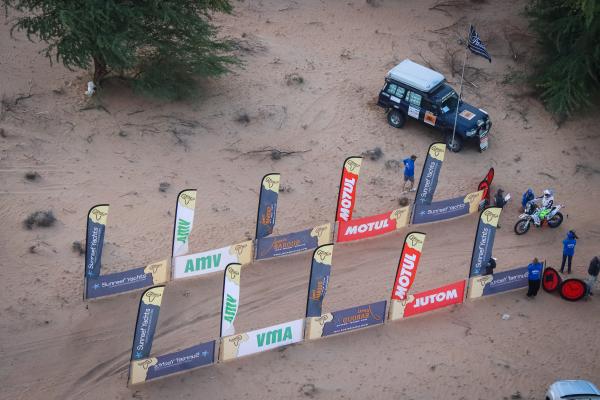 There was no suspense in the motorcycle category, as the YAMAHA of Alessandro BOTTURI left two minutes behind the KTM of Pal Anders ULLEVALSETER and quickly caught the Norwegian. As a result, 1min 59sec was added to the Italian’s lead and BOTTURI therefore wins this 12th edition of the AFRICA ECO RACE® by 3min 59sec from ULLEVALSETER. 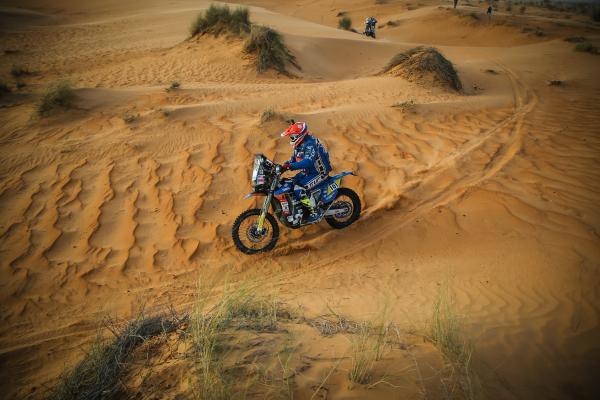 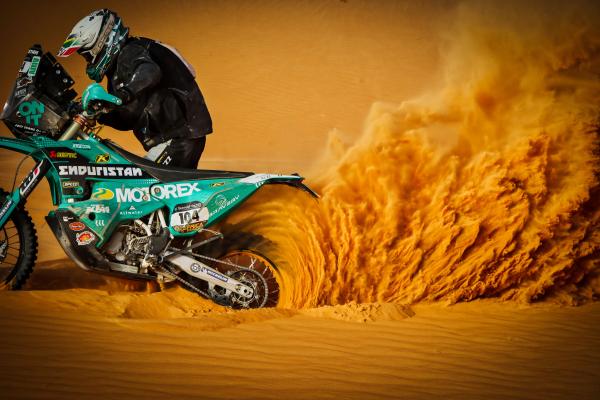 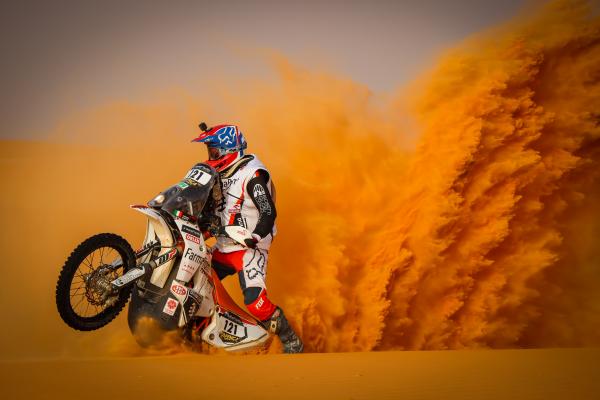 A second consecutive victory allows the Italian to match the Norwegian’s number of wins at the event. In third position, we find the 26-year-old Italian Paolo LUCCI, who has been the revelation of this fortnight in Africa and finished third today on his HUSQVARNA. 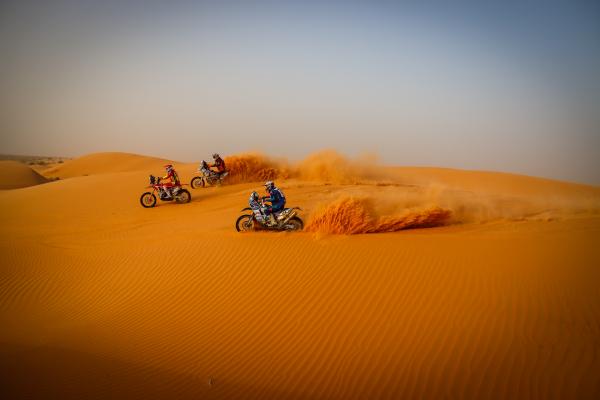 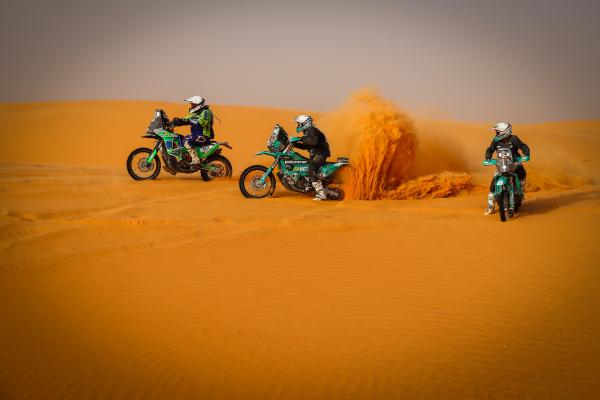 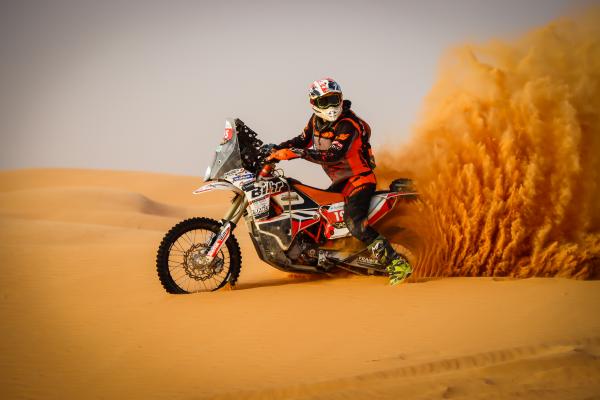 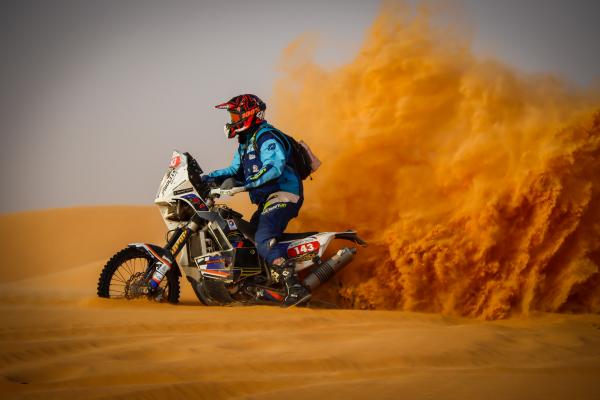 On a stage that comprised 100% sand - and taking into account the low number of kilometres and lack of neutralisation for refuelling - SSVs shone on the last special.

Frenchman Patrice ETIENNE and navigator Jean-Pierre SAINT MARTIN claimed the stage win by 4min 49sec from the Dutch crew of Gert-Jan VAN DER VALK and Branco DE LANGE. They also finished 6min 38sec ahead of their French compatriots Loïc FREBOURG and Franck BOULAY.  The Senegalese duo of Kamil RAHAL and Thierry SANCHEZ sealed the final podium place on the day by only 13 seconds.

As for Benoit FRETIN and Cédric DUPLÉ, the leaders of the SSV XTREME RACE category, they took the sixth fastest time on the day and that was more than enough to confirm the SSV category win from ETIENNE and FREBOURG. 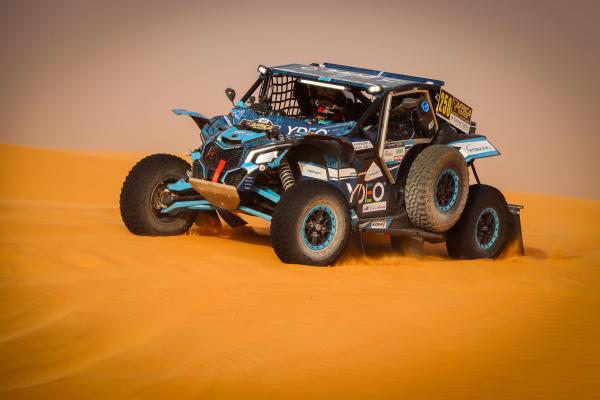 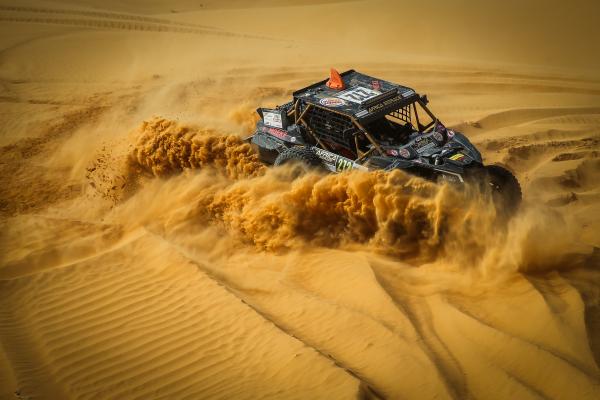 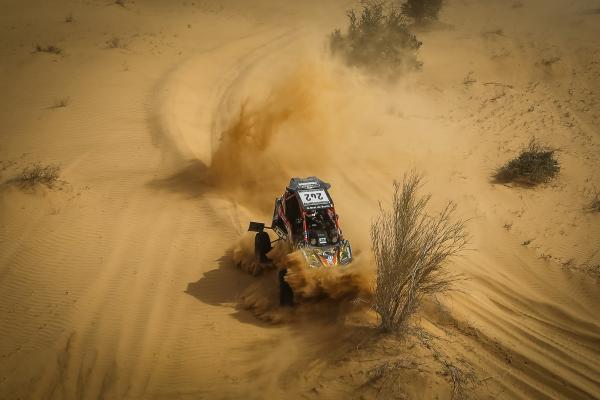 In the car section, the day’s stage win fell to the British BOWLER crew of Alex COLE and Emma OSMAN. They finished ahead of Patrick and Lucas MARTIN who stayed clear of trouble to avoid any mistakes likely to cost them their one hour lead in the overall classification at the AFRICA ECO RACE ®.

With second place on the day, ahead of their team mates Yves and Jean FROMONT in their MERCEDES Tarek Buggy, the MARTIN father and son crew sealed the car classification, in addition to the car/truck section in the general classification of this 2020 edition.

In the different categories, the Russian duo of Alexey TITOV and Dmitry PAVLOV steered their FORD Raptor to T2 honours and the French pairing of Alain COQUELLE and Grégory LECOMTE finished first in the four-wheel drive T1 category in their BOWLER.

COLE and OSMAN sealed the OPEN category, Laurent DUCREUX and Philippe CANTREAU preailed in the four-wheel drive T1 diesel section in a LAND ROVER, while Pierre-Guy and Hilaire CELERIER won their class in a BOWLER. 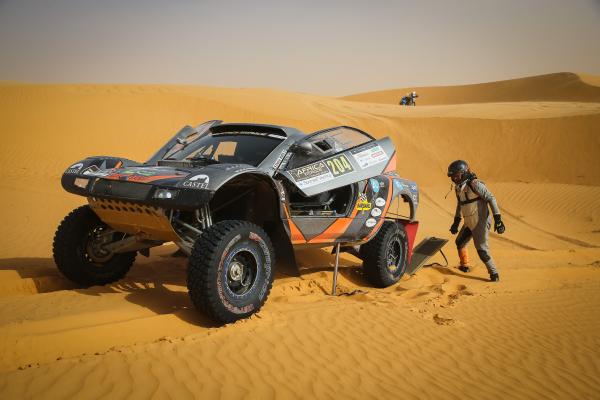 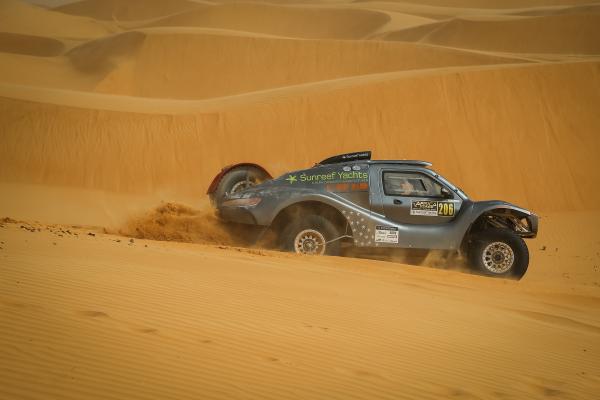 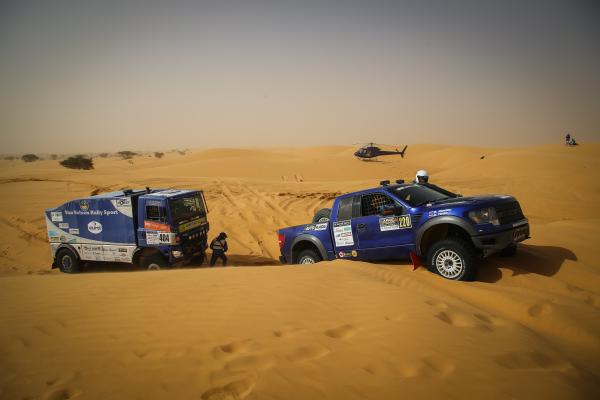 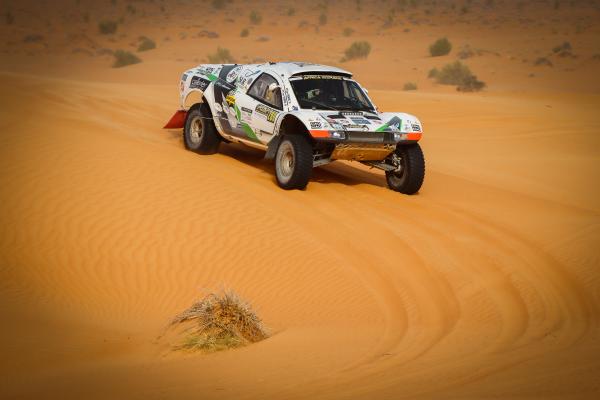 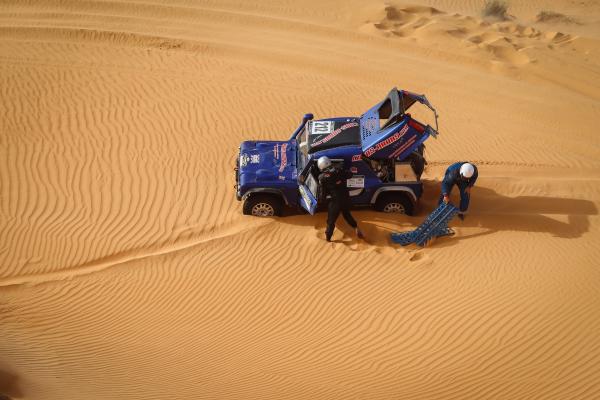 Among the behemoths of the desert, the MERCEDES of the Dutch Johan ELFRINK and Dirk SCHUTTEL claimed the stage win in T4 from the SCANIA of the Hungarian trio of Miklos KOVACS, Laszlo ACS and Peter CZEGLEDI.

The other Hungarian SCANIA crew of Karoly FAZEKAS, Albert HORN and Peter CSAKANY claimed the second fastest time, despite a major mechanical problem just before the start. They maintained second place in the truck category, in addition to the third step of the podium in the general classification of the AFRICA ECO RACE® by just 32 seconds from Fretin’s SSV.

The big winner in the truck section was KOVACS, who claimed the T4 win for the second time. As for Tomas TOMECEK, the solo driver in his TATRA, consistency during the second week enabled the Czech to finish third overall in the magnificent truck category. 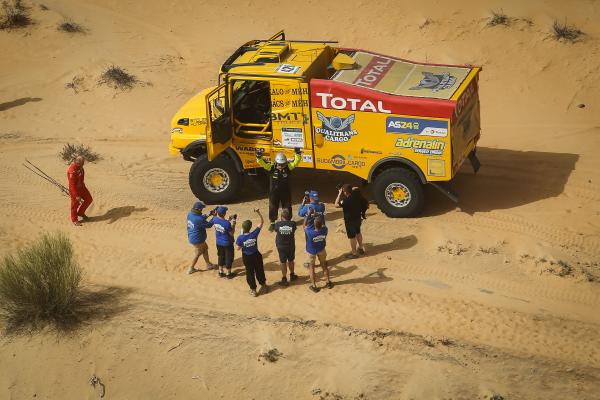 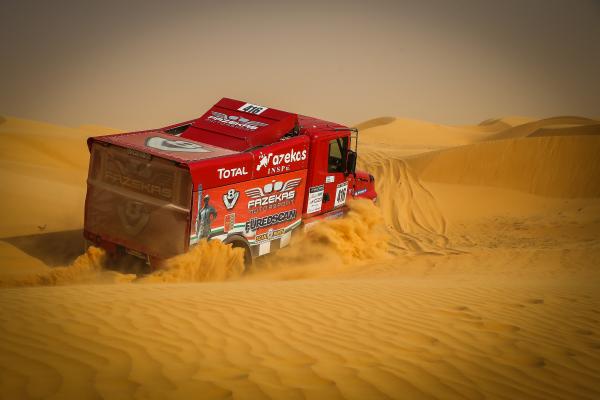 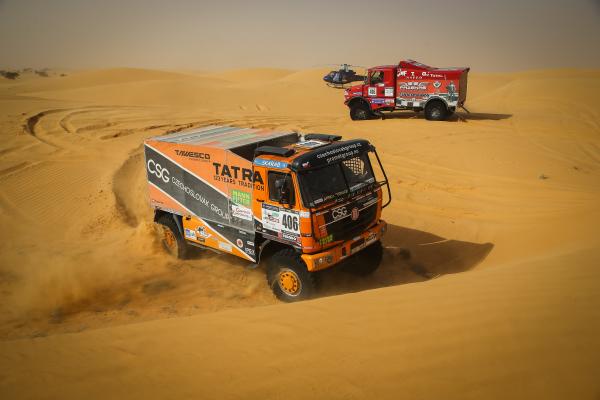 Tomorrow, (Sunday, January 19th) after a 229km morning liaison to the fishing village of Niokob and the traditional 21km special alongside Lac Rose, it will be time to celebrate all the winners and finishers.

Competitors will climb a podium built by the Senegalese Federation of AutoSports and Motorcycles in the presence of VIPs, families, friends, assistants, media and enthusiasts of motor sports from around the world.