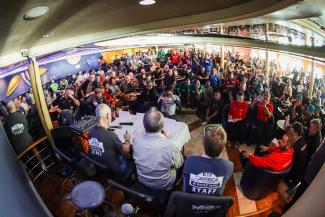 It was approximately 5AM, Sunday 5th of January, when the first vehicles of the AFRICA ECO RACE 2020 arrived on the Ferry terminal in Savona, situated in northern Italy, 150km from Monaco. After having done the administrative and customs formalities, the 266 vehicles and 688 people of the caravan embarked in the SMERALDA cruise ship from the maritime company GRIMALDI, long term logistics partner of the AFRICA ECO RACE. 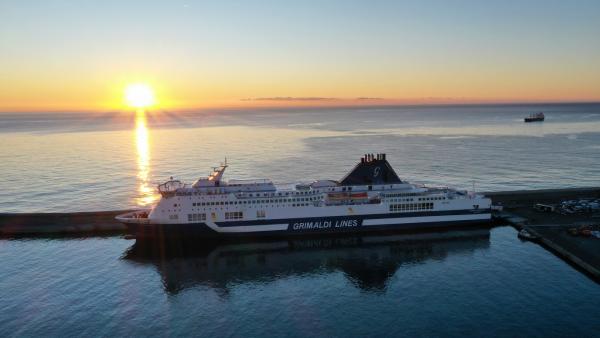 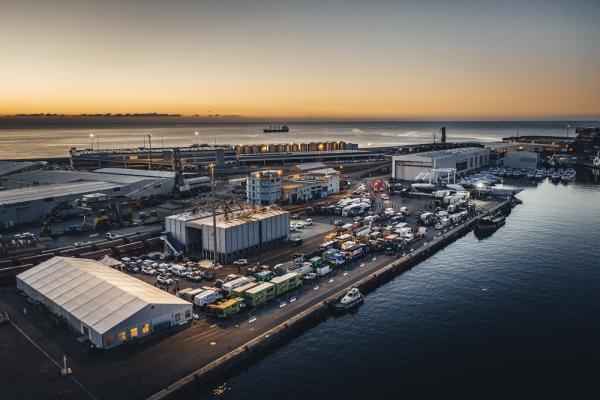 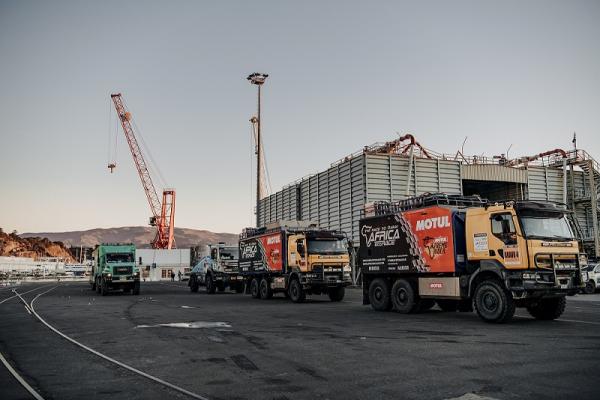 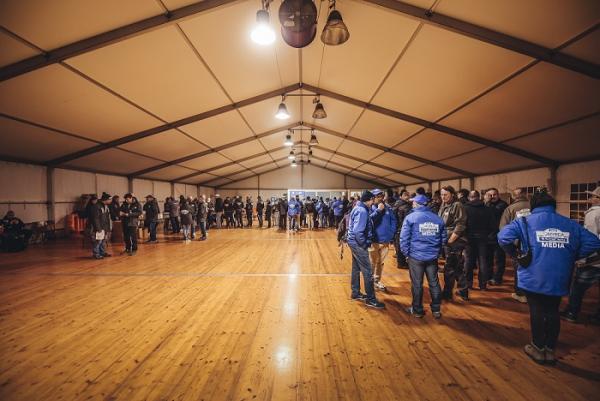 At 11AM sharp, the SMERALDA CRUISE left the port of Savona for a crossing of the Mediterranean of more than 40 hours towards the port of Tangier, in northern Morocco, which is considered today one of the most important of Africa. The change of final destination due to the fact we needed a larger boat for the caravan in order to welcome the increased number of participants. Indeed, the port of Nador, destination of the AFRICA ECO RACE rally for 11 years, does not have, for now, the capacity to welcome a ferry of that size. Therefore, this year, there will be a day more. Which will allow the competitors and especially the organisation, very busy since the start of the checks in Menton, to relax before the two weeks racing in Africa. The opportunity also for all to prepare the race with trainings to use the latest navigation and security equipment such as the IRITRACK and SENTINEL GPS for example. 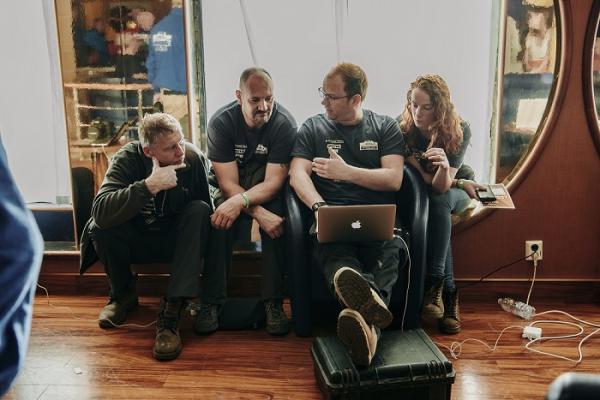 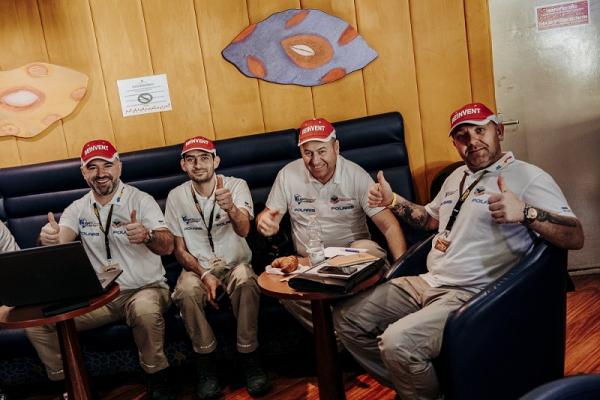 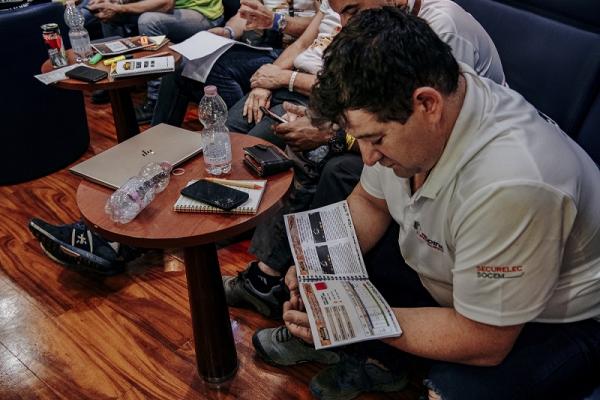 But the best moment of the cruise is without doubt the traditional briefing of Jean Louis SCHLESSER. For nearly 2 hours, sat in the main room of the ship, the competitors of this 12th edition of the Africa Eco Race were able to gather a maximum of information on the first stage. The “Boss” also explained the philosophy of the race which corresponds exactly to the legend of Off Road Rallying, and which explains why it’s such a great success. For example, a competitor is disqualified only after abandoning twice on a special stage and especially, it is not possible, if wanted, to follow the rally to Dakar by taking part in the caravan. Undoubtedly, a real plus when we know the investment undertaken to be part of such an adventure. 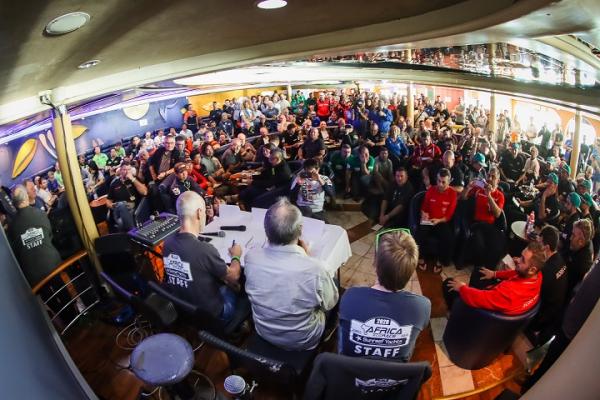 After a last night on a very calm sea, the AFRICA ECO RACE will disembark today Tuesday, 7th of January on Moroccan soil. After a small traditional breakfast, it will be the start of the first day quite intense on the length side as the vehicles will have to drive 754km down to Tarda, including 23km of special stage in the region of Kenitra.  It is without saying that the first ones will arrive at the bivouac during the night. A tough start to the rally but indispensable to find reasonable temperatures in the Moroccan nights at this time of the year. It will also be the opportunity to get people ready for the battle of the second stage. 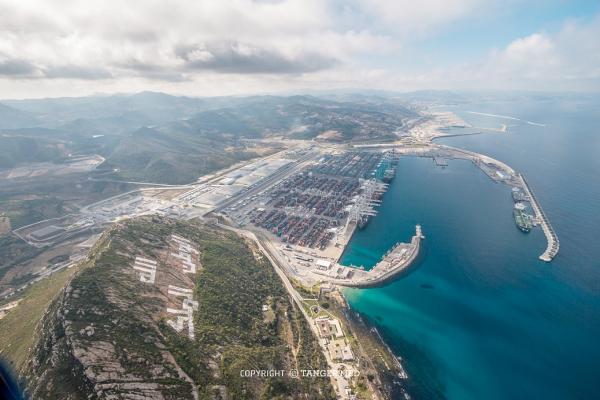