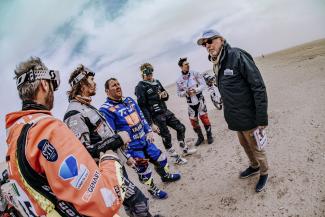 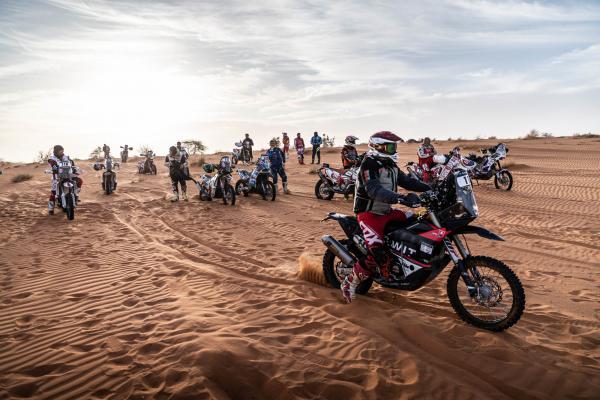 Today, Friday 17th of January, the 10th stage of the Africa Eco race between Tidjikdja and Idini, long of 499km, was supposed to be the deal maker on this 12th edition, should it be for the bikes or the four wheels category. Unfortunately, the director of the event had to neutralise the special stage at km 249, at a refueling point. 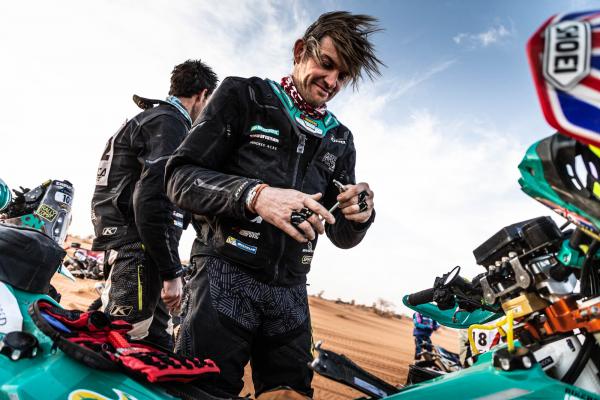 Indeed, three bikers had an accident on the first part of the course which needed the attention of two of the helicopters out of three. It was therefore impossible to ensure the security of the competitors on the 500km route and such decision was obligatory. The participants joined the finish line 20km from the bivouac on the liaison route, relatively rolling and easy on the last 250 km. 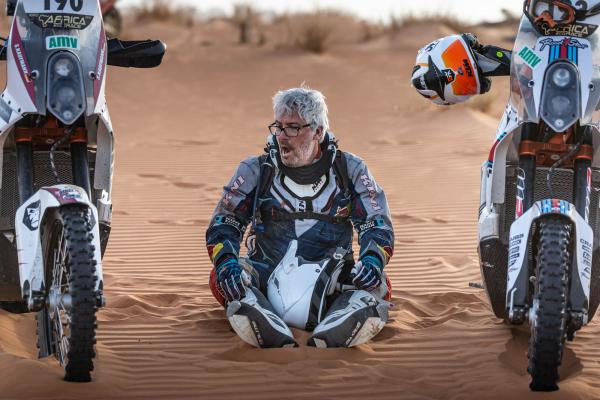 The days pass and seem the same for the delegation of Italian drivers present on the Africa Eco Race as the victory of the special stage is once more for them. Giovanni GRITTI on his Honda won with 00.01.51 in front of the Norwegian Pal Anders ULLEVALSETER and 00:03:55 in front of the YAMAHA of his fellow patriot Alessandro BOTTURI. 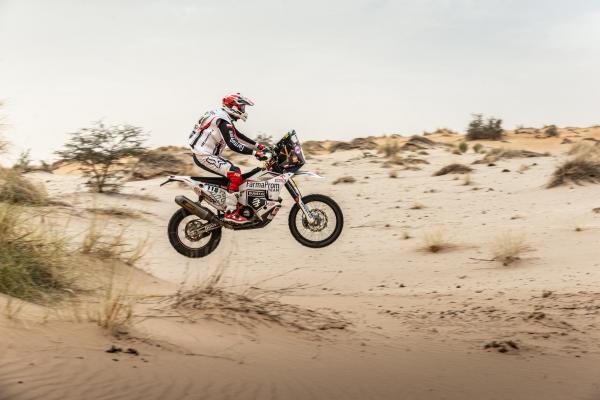 he Italian Paolo LUCCI on his HUSQVARNA and the Polish Jacek CZACHOR on their KTM complete the top 5 today. In the +450 category the Italian Gabriele MINELLI finishes 1st by scoring the 13th time. In the MOTUL XTREME RIDER category, the French Amaury BARATIN did well and took the 10th place today. 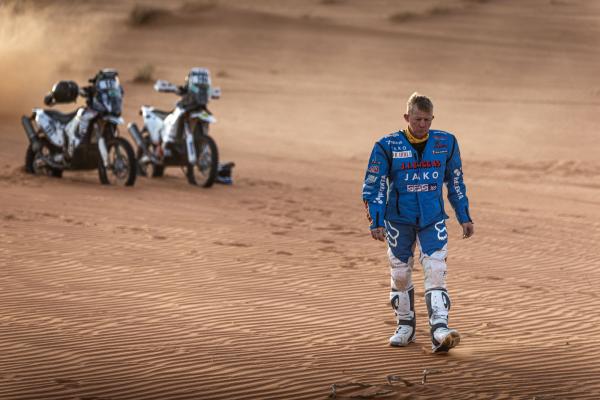 In the temporary ranking, the day before the final special stage which will settle the ranking of this 12th edition of the AFRICA ECO RACE, Alessandro BOTTURI is still the leader of the motorbike category with 00:02:04 in front of Pal Anders ULLEVALSETER. The leader says it’s not much and the second insists that it will be hard to recover that time on the 187km special stage left. Who is wrong ? Who is right ? We will know tomorrow end of morning. 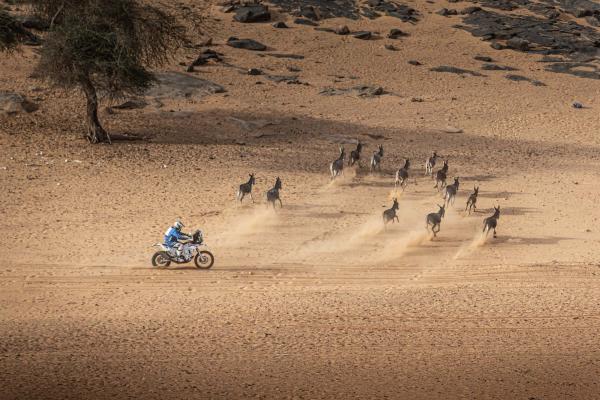 Unlike the motorbikes, the four-wheel vehicles were able to make a difference on the 249km chrono stage.

In the auto category, on this technical stage, Yves and Jean FROMONT shed dust on the MERCEDES Buggy by ending in front in the scratch. The French are ahead their team mates from Team MMO Patrick and Lucas MARTIN, 5th of the special stage. 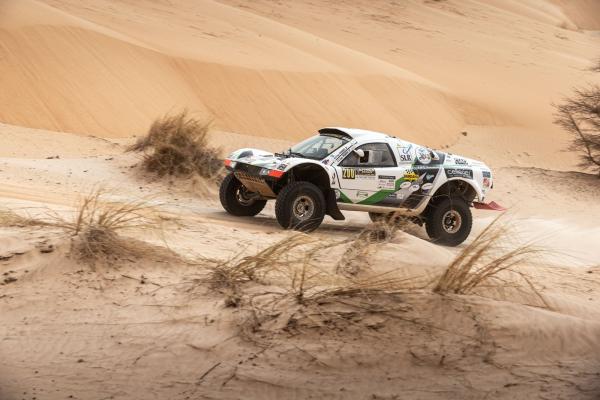 Onboard his Tarek Mercedes Buggy, the father and son drove without taking any risks.

The 3rd auto gets the 8th time of the day. In the name of Alain COQUELLE and Grégory LECOMTE in their BOWLER, who end up in the top 10 for the first time. Behind the French, the FORD Raptor of the Russians Alexey TITOV and Dmitry PAVLOV who earn the 10th ranking today and 1st of the category T2 where they keep the leadership. 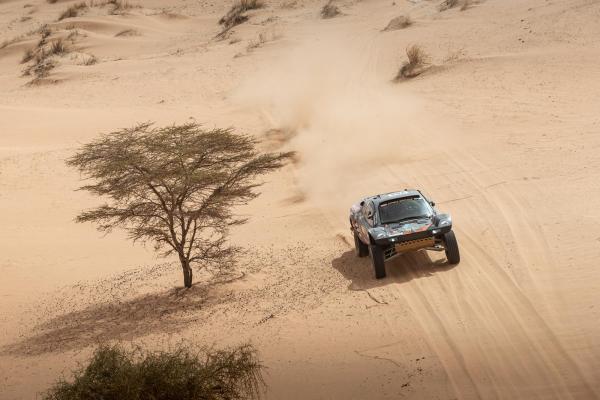 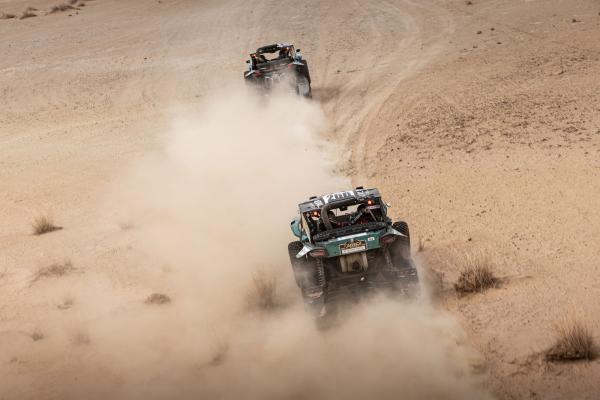 Unfortunately for him, the Belgium Geoffroy NOEL DE BURLIN who was fighting for the podium in his category, rolled in his Polaris on km 20. He is intact and will probably be looking at the Lac Rose. 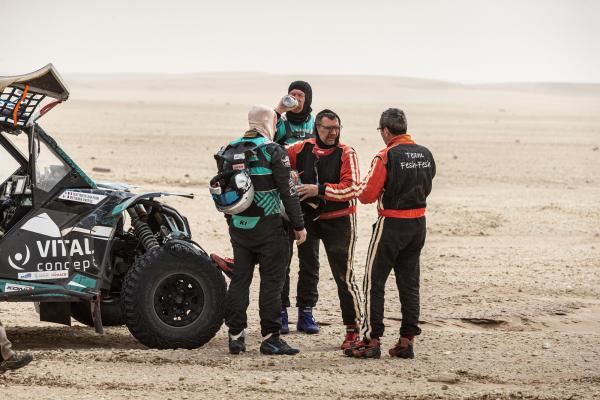 In the truck, once again the SCANIA of Karoly FAZEKAS, Albert HORN and Peter CSAKANY took 1st place by getting the 6th time of the special. Obviously very fit in this second week, the Hungarians were ten minutes ahead of the TATRA of Czech Tomas TOMECEK and the MAN of the Belgian Noel ESSERS, Marc LAUWERS and Tijs VRANKEN. 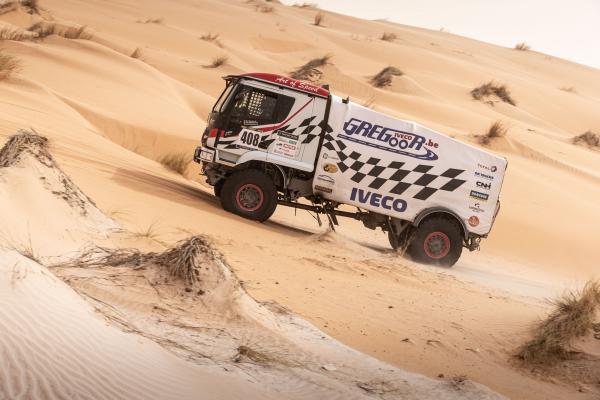 As for Miklos KOVACS, Laszlo ACS and Peter CZEGLEDI, the leaders of the desert monster category, their SCANIA experienced a small problem that only allows them to get the 12th time at 01:04:25 from the winner. This is the first misstep for the Hungarians who have little to fear in the truck classification but are now just over an hour away from MARTIN for the overall victory. 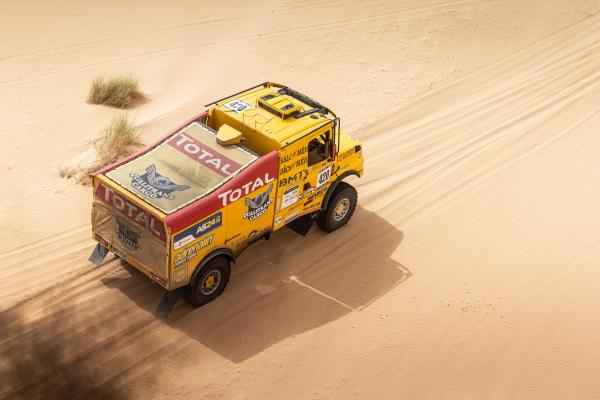 Tomorrow, Saturday, January 18, AFRICA ECO RACE will arrive in Saint Louis, Senegal. Before that, the competitors will have participated in the last 187 km stage between Idini and Teverit, still in Mauritania. On the program, navigation, sandy tracks and still some crossings of dunes. It's enough to lose precious time all the same. It will therefore be necessary, to the various leaders of the race, to stay focused until the end to hope to put their names on the list of the AFRICA ECO RACE 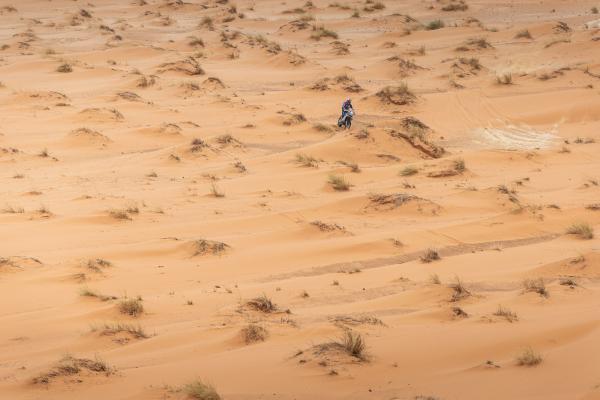 I'm 2 minutes ahead of Pal Anders ULLEVALSETER. It's really not easy because this year Pal is very, very strong. I'm always trying to push as hard as I can. The one who leaves behind the other always manages to take 2 minutes to the one in front because navigation is difficult. Whoever's in the lead has a hard time opening the trail. Tomorrow is the last day. I will have the advantage of leaving behind but nothing is over. Giovanni GRITTI will start 1st. He's a really good guy. The other day, he stopped and gave me gas. If I'm still first, it's because of him. I can really say thank you.

We have been looking at what is happening in front of us for two days now. We let them play while managing to keep our two hours ahead. We still do lap times, but yes we try not to break anything. We're much more careful with the equipment. I have a co-pilot who had to tell me 472 times WARNING and 14 times PRUDENCE. And if we finish well, it will be thanks to him because he made another no-fault today. There's no point in running, you have to start properly and when you're not wrong, you end up first.

Today we drove without taking any risks. Being in the lead the day before the finish is always a bit of pressure. We're going to try to do the last special at our own pace. The idea is really to arrive. We know this special. We have been doing that for several years. She's very fast. It's made for Buggies. I'm not too worried because, barring mechanical problems, we shouldn't end up too far. But there's nothing we can do about it and normally it should do it well.

There are times in the career of an athlete or a team where everything goes well. This is the case this year in our team. We have not had a big problem with SCANIA. In the truck, the atmosphere is excellent. Everyone does their job the best they can. Today, a little technical problem has wasted a little time. But we have enough lead to keep smiling because we've never been closer to a second win over the AFRICA ECO RACE®. I can't wait for it.